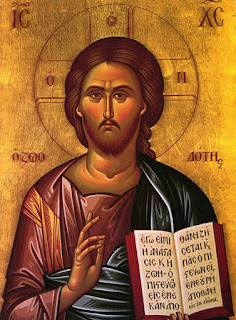 Pope Francis has just issued the long awaited exhortation on 'the joy of love' (here).

The only reasonable response to this would be to take some time and read, reflect and ponder. However, I have a long established tradition on this blog of commenting trenchantly on matters of which I know little and I see no reason to change. I accordingly think it important to say something on the exhortation before I've read it.

Judging by Twitter, a lot of commentary on the exhortation has, in the back of the commentators' minds, something like the following scenario. Person A has been abandoned by her husband through no fault of her own. Though desperate for the warmth of a new relationship, she has resisted these temptations because she wishes to remain true to the teaching of the Church on the indissolubility of marriage.  Person B, on the other hand, left his wife. He remarries. After a period of discernment with his Parish Priest, he is restored to communion.

So on the one hand, you have the abandoned spouse forced to live out a life of bitterness and sexlessness. On the other hand, you have the cheerful rogue who manages to get it all: sex and the respectable appreciation of his parish. (Why not add to his success story that he becomes a leading light in the pastoral council etc?) And to this mix we now have (it is claimed by some) the voice of the Pope urging person A not to be such a silly and to find herself a new man.

Now let's put aside what the Pope is actually saying. As I said, I haven't read it myself and the excerpts and commentary I've seen don't convince me that he's said anything like the caricature I've given above. But, certainly, I've no doubt that some parish priests (and bishops) would encourage person A not to be so hard on herself and I'm equally sure that some are already encouraging Person B to take communion whatever Amoris Laetitia may or may not say. So the broad picture remains the same before and after Amoris Laetitia: a (civilly) divorced person has to make some judgment about what she or he should do, bearing in mind that some authorities (priests/bishops/(popes?)) will be urging positions that are certainly at odds with each other and of which some are therefore objectively wrong.

Catholicism is not a slot machine. It is not a matter of putting in an action and getting out, mechanically, a result. In the end, the only thing that matters is whether we are given (by God's action) the Beatific Vision after death. And that will be dependent on God's love and God's perfect justice. Not what I think God will do or what the Pope thinks God will do, but what God, with perfect knowledge and perfect goodness, actually does. Whether I get to become a member of the pastoral council, whether I get access to Holy Communion on the one hand; or whether I remain unmarried and chaste on the other will not guarantee salvation -because in each case there is more, much more to be said. What if the Person A is bitter and hateful? What if she is responsible in part for the breakdown of the marriage? What if Person B is not terribly bright and has come under the influence of plausible libertines, even those (and yes, they exist) among the priesthood? Catholicism does not offer the certainties of evangelical Protestantism: only God knows if we are saved. Nor does it offer the parallel certainty of secularists: that doing your best is enough because, in the end for them, nothing matters. (Perhaps your best isn't good enough. Perhaps you're actually not a very good person.) 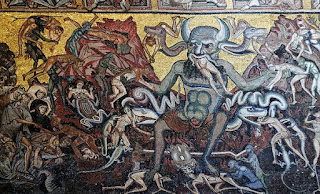 It's too easy for modern Catholics to laugh (or regard with fond superiority) the images of damnation of previous generations. But at the heart of Catholicism is that uncertainty, the peril of damnation that, among other things, has made Catholicism so fertile a soil for philosophy and art: the constant, churning attempt to discern God's will through love and intellect, and the constant churning awareness that we may fail. (And so the iron objectivity of the search for truth and the fog of subjectivity through which we pursue it.)

The big building blocks of Catholicism are clear enough. Marriage is good. The sacraments are good. The Pope and bishops and priests have authority. Etc etc. But none of that will save you having to discern, if you are Person A or Person B, what you should, in the final analysis do. And simply thinking, 'Father X says that adultery is no biggie' won't solve it. (Should we rely on Father X? Why I am relying on him? (Does it suit my libido to believe him?) )

I think an awful lot of commentators miss the central thread of Dante's Divine Comedy. It's not a cry of the modern individual against the arbitrary rules of God, nor does it share Milton's fault of sympathy for the Devil (or at least the sinner). It is that essential clash between the subjective, first person viewpoint and God's viewpoint. That liking someone (and particularly liking oneself) is not what decides salvation but the truth of God's care. That care is neither totally divorced from human affections but nor is it exactly the same. And the gap between the two, and the constant (faltering) attempt to discern how to leap that gap over to God's view is what gives Catholicism its depth and salvific power.

I'm off to read Amoris Laetitia now. I fully expect it to be worth considerable reflection but it will not solve or magic away the need for each of us to wrestle with God as far as we are individually able. And in the end, it will be a matter for God alone, unto whom all hearts are open, all desires known, to discern how well I have peformed that fundamental human duty. 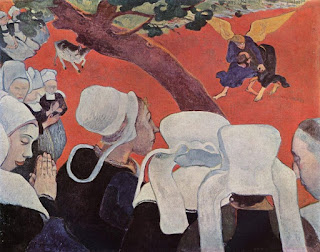