The Benedict Option: Prolegomena to any future blogpost that will be able to present itself as a review 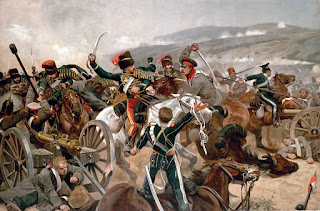 I've been putting off tackling The Benedict Option . It's been sitting next to my bed since publication and frankly I'm a little scared at having to read and then comment on it. Anyway, procrastination away! After having finished this post, I shall tackle it and report thereon.

This resolution is in part to do with a Twitter discussion that's been going on for a little while in the Catholic UK blogosphere about the new Catholic Education Service's guidance on LGBTQIIAA+ matters. (Countercultural Father here and Joseph Shaw here give a flavour of the report and the debate.) I simply don't have enough detailed expertise in either English education or the legal/regulatory framework on such matters to get too involved in this. The pressure to adopt the Time for Inclusive Education framework will undoubtedly hit us in Scotland with similar issues shortly. But I did leap in with an expression of sympathy for the dilemma faced by the Catholic Education Service: how to deal with a cultural (and legal etc) environment that frames the discussion and sets out questions to be answered in a way that does not sit easily with Catholic understandings of anthropology, and where that discussion seems to be entirely controlled by LGBTQIIAA+ pressure groups such as Stonewall.

This issue seems to me to be very much at the centre of Dreher's concerns: how an authentically Christian life can be lived out in an environment which is becoming hostile to Christianity. (That doesn't necessarily mean persecution, but it does mean (eg) that expressions of the sinfulness of homosexual sex are no longer 'acceptable' and even in some environments legal.) His solution -well, to be considered!- but the essence is clearly some sort of strategic withdrawal into a more thoroughgoingly Christian space than that offered by a secularising society.

Anyhow, I'm a great believer in Collingwood's idea that you should approach an (archaeological) investigation with questions to be answered rather than just digging around at random. Accordingly, I set out below some of the issues I'm going into this investigation with to see if I can sort them out.

1. Modesty of ambition. One of the reasons I've been so reluctant to tackle the book is that I worry there'll be nothing new there. At various times, I've read quite deeply in the literature surrounding secularisation theory and Stanley Hauerwas so I'm familiar with the difficulties that Christians face in modernity and suggestions about how they should form authentically Christian communities. Dreher's work is short (less than 75000 words I believe) and written by a journalist. So I want to find out: what does it offer that's new? (My suspicion is that it's going to provide some interesting insights into some modern ways of concretely living out Christianity. But it has also provided a 'buzz' around this important issue, and that's a good thing I suspect: we need to be thinking about this more.)

2. Specificity of tradition. Dreher is Orthodox, but the book seems to cover 'mere Christianity' without much worry about denominational differences. I want to see whether this helps or hinders his message. (My suspicion here is that we need to dig deeply into our specific traditions. Catholicism isn't Orthodoxy and neither are Evangelical Protestantism. I would expect the problems and solutions facing each tradition to be different.)

3. Outreach to the non-saints. My main worry is the apparent focus on the gathered saints (or at least saints in making). Catholicism has been a religion of saints doing their best to save a lot of sinners despite themselves. I want to find out: how does Dreher suggest that the 'Benedict' communities reach out to people who are not focused on being saints, but who might just get dragged to purgatory with the grace of sacraments?

4. Finally, inter-community structures and practices. Three things that have really had an impact on my religious life are EWTN, the internet and the Catechism. None of these seem easily into the model of a Benedictine community which is at the heart of the analogy. So I want to know: does Dreher's analysis do justice to the ways in which part of the response to the fluidity of modernity is, to borrow from Evola, 'to ride the tiger' rather than run away from it?

As a final point, part of my reluctance is that I want to like the book and I'm afraid I won't. Inasmuch as one can like a public persona, I do like Rod Dreher: he seems like an honest man trying to do honest things. That's difficult to reconcile with the need in the American religious market to become a personal brand; but although I worry that I should probably be spending the time I'm going to spend on the Benedict Option on Duns Scotus and Suarez, he does seem to be trying to deal with an important issue with integrity, and I want to be able to respect and indeed praise him for that.

No doubt other things will emerge. But that's what I'm aiming to get at just now. Wish me luck: I'm going in....