The Benedict Option: that review at last 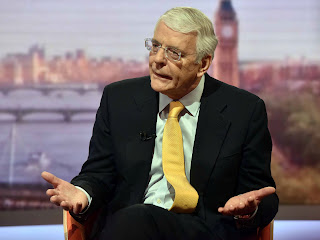 Which, I should add, is a comment on my labours, not Rod Dreher's.

As I noted in my previous post, I've been putting off reading The Benedict Option. And then, having written that post and having released a flurry of tweets on the first few chapters,

I put off finishing it. I think that's a confession that I didn't really enthuse over it. But putting all that aside, I'm going to start off by suggesting two ways in which other readers -and indeed myself in part- have done the book a disservice by expecting it to be a different book.

1) It can't provide a detailed answer to everything. It's too short. It's written by a journalist not St Benedict. It has to appeal to a popular audience. Secularization is a phenomenon which has generated a vast academic literature and evangelism to the secularised: this book can't replace that depth of discussion and it's no use blaming it for not doing so.

2) It has to attract attention. This is a book written for the trade press and intended to reach a big audience.These are perfectly reasonable purposes, but it does mean that it has to be exciting and to grab its audience. Again, it's no use blaming the book for not coughing in ink.

Given those parameters, could the book be done any better? Possibly, but it's hard to imagine how. Moreover, I think Dreher's main purpose is simply a wake up call: unless Christians do something now, secularisation of some sort will continue to destroy church attendance and commitment. And I think he's absolutely right about that and I do think that most of us need to face this with greater alarm than we do. The perfect reader for this book is someone who is suspicious that things are going wrong in Christian practice, but who hasn't really thought much about the nature of that going wrong, and who has little idea what to do about it. If this were the first book you were reading about the subject, then it would be hard to better it. The worst reader? Probably someone like me...

Another needful prefatory remark is that this book is primarily (and explicitly) intended to deal with the US situation. Moreover (and this is less explicit) it's a book that works best if regarded at directed at a peculiarly American illusion: that with one big push, we can get a Republican government which will restore a Christian commonwealth. That this is an illusion is made clear by Dreher throughout: big business and big politics have signed up to an agenda that, while it may differ in detail between the two parties, in general offers no prospect of a general drift back to a Christian state. Neither of these two emphases prevents the book from having value for a non-American western audience, but they do mean that some of its focus needs to be critically reflected on in our different conditions. (For example, it is one thing to tell American Protestant Christians not to expect to be in the sort of control of society that they were, say, in the first half of the twentieth century; it is quite another to tell British Catholics to abandon a share in the public space that was crafted not in dominance but already as a despised minority.)

What's good about the book

It presents a smorgasbord of interesting case studies, snapshots of imaginative and promising solutions and communities.

It provides a proper and central place for cultivation of the self by ascesis in the way that the Orthodox and traditional Catholic would understand it: fasting, prayer, reading scripture, chastity etc.

This is a personal bugbear. Dreher puts forward a 'it woz the nominalists wot dun it' view of cultural history. In rough terms, modernity is the result of a disenchantment of the universe caused by the rejection of realism of universals, particularly natural kinds, by thinkers such as William of Occam in favour of such universals existing solely in the mind. This is a commonplace of a lot of (semi and serious) scholarship, being popularised by eg Weaver's Ideas Have Consequences. I think it's broadly rubbish (eg: Occam died in 1347 and sexual intercouse began in 1963) but I'm possibly the only one to think this. (Tough. I'm still right.)

A more commonly shared worry might be that this diagnosis of the problem seems to serve no purpose. Unlike, say, Ed Feser's The Last Superstition, which shares a similar point of view, Dreher gives no hint that, if this is the main cause of present difficulties, the key treatment ought to be the restoration of realist metaphysics. Being a cynical soul, I'm afraid that this leads me to wonder if it is just intellectual shimmer, the need to give a sort of intellectual glamour to a brand much in the same way that former polytechnics import dark wood and Latin. (That's over sharp: the book does need to attract attention and part of the way of establishing that needful authority is by giving it an intellectual pedigree.)

Another problem is that, inevitably, Dreher doesn't have the space to develop and defend his solutions in detail. For example, at one point, he suggests that young Christians should think of moving to rust belt industrial areas which are struggling to find skilled workers rather than pursuing the sort of university education that is increasingly anti-religious and also ineffective at generating sufficient income to raise a family. Fine. But if I were a young Christian, I would be asking how long any such skills and industries will survive globalization and new technology. Members of high prestige professions are certainly not immune to such fears. But they do have the advantage of being well-placed to enforce their own self-interest. No doubt Dreher would have responses to worries of this kind. Inevitably, however, unless we attribute omniscience to him, all this book can do is to start a conversation in these areas. And equally inevitably, although some solutions may suit some people, they won't suit everyone, however committed a Christian you might be. A standing niggle I've found in common with a lot of modern Church life is that they seem to require a clubbability of a degree that I and suspect many are quite incapable of. It would be ironical if, in a scheme devoted to bringing Christians back to the depths of their traditions, no room could be found for the eremetical and solitary.

Staying with this inevitable lack of space for detail, the question of 'withdrawal' has figured in a lot of criticism of Dreher. In essence, he has been accused of a pre-emptive exit from the public sphere, instead of struggling to turn back some of the secularising forces. In fairness to Dreher, he is quite specific that this is only a refocusing of attention to building up the Church (rather than attempting to impose it through the Republican Party -see above) and not a complete withdrawal. But because he can't deal with detail, he can't quite flesh out what this withdrawal-but-not-a-withdrawal might look like. For example, in setting up Christian 'classical' schools, my betting would be there would be quite a lot of day to day struggling over the details: my own experience of Catholic groups is that they inevitably pull in people who do not share what I would regard as orthodox belief or practice. It's all very well to suggest 'set up your own school' as a Benedict Option; my guess would be that, in many cases, it will be very difficult to do so without reproducing some of the same difficulties that already plague existing Catholic schools. It's not that it can't (on occasions) be done: it's rather that, because it is so difficult to do, it will succeed in very few cases.

Putting aside the general tendency of a reviewer to recommend the writing of the sort of book the reviewer himself would write, my chief worry about The Benedict Option is that it doesn't provide a new solution. Already there exist small initiatives to 'rescue' gathered communities from the secular world. And that's excellent. We need more monks and nuns, more priests, more lay communities. But what works for the saints is not really the problem: some people in every generation will have both the grace and the virtues to grow to holiness. The problem of secularisation is the rest of us who struggle to survive and need the help of others to carry us. And here The Benedict Option is a bit like the underpants gnomes. Instead of, 'Steal underpants, become rich,' we have, 'Stop being secularised, become holy.'


In sum, Dreher has done a good job in starting a phenomenon of which the physical book, The Benedict Option, is only part. He has presented a forceful wake up call in a way that some who previously have been complacent or overly trusting in Republican politics might well heed to their benefit. But the start of a conversation is just that, a start. And my worry in particular is that the focus should not be on creating small faithful oases in a secular desert -there are many, many examples of organisations like Opus Dei etc etc doing that- but of irrigating the desert. I don't think The Benedict Option takes us very far in that: its recipes, in any case inevitably incomplete, will only work for a few.

The Benedict Option is an option. Fine. But it can't be the only one. Let's think of some more options to go with it.