What is natural law? 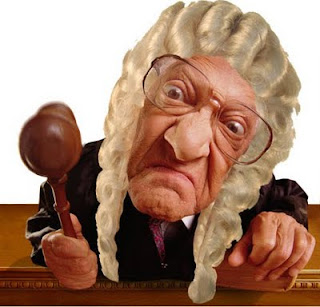 Is 'natural law' just a list of barmy Catholic prejudices?

In a few combox exchanges, the question of what Catholics mean by ‘natural law’ has come up. In particular, there seems to be a sense among some non-Catholics that the term simply amounts to ‘the Catholic rule book’ (probably lodged in the care of albino warrior monks from Opus Dei) and thus can be dismissed as the usual Catholic mixture of bigotry and outdated mumbo-jumbo.

In essence, the natural law is just the Catholic commitment to reasoning applied to the derivation of Catholic ethics from reasoning about human nature. Unlike many Protestants, who have a commitment to scripture alone as the basis for their religious beliefs, Catholics recognize reason as a source of knowledge about God and human beings.

Faith and reason are like two wings on which the human spirit rises to the contemplation of truth; and God has placed in the human heart a desire to know the truth—in a word, to know himself—so that, by knowing and loving God, men and women may also come to the fullness of truth about themselves.
Preamble to Fides et ratio

In effect, every philosophical system, while it should always be respected in its wholeness, without any instrumentalization, must still recognize the primacy of philosophical enquiry, from which it stems and which it ought loyally to serve. para 4 Fides et ratio

When the term ‘natural law’ is used, a distinction needs to be made between (at least) two senses. First, there is just that commitment to philosophical enquiry about human nature as a basis for ethics. (Let’s call that 'natural law as aspiration'.) Second, there are the results of 2000 years of that enquiry within the Church, guided by the Holy Spirit and articulated by the divine authority given the Pope and the bishops as the successors of Peter and the Apostles. (Let’s call that 'achieved natural law'.)  Now non-Catholics are going to be seriously underimpressed by direct reference to the second sense. While it would be ridiculous for a faithful Catholic not to focus on the achieved results of the enquiry, equally, it would be ridiculous for us to expect non-Catholics to accept those results without explanation.

So in engaging with non-Catholics on ethical issues, we need to go back to basics, to the first sense: to a shared commitment to reasoning about human nature as a basis for ethics. Now even that is rather more than many non-Catholics will accept, and, even if in principle they accept it, is rather more than many can manage in practice. Those who will not accept it in principle are those who are in thrall to a post-modern denial of human nature (‘it’s all constructed by society’) or to the existence of philosophical rationality itself (‘whatever society decides is right’). Those who in practice deny it are those who keep repeating that there are no arguments in favour of a particular position when there clearly are (example Joan MacAlpine), or those who expect all philosophy to be conducted in soundbites on Newsnight Scotland (example Patrick Harvie). There are of course things that can be said to both of these groups, but they are particularly difficult to reach rationally.

But let’s say we have a dialogue with someone who is willing to take ‘a shared commitment to reasoning about human nature as a basis for ethics’ as the starting point. In essence, we are thus committed to reperforming more than 2000 years of thought to get to the final results of achieved natural law: the results of the Church’s exploration of natural law as aspiration. Well, nothing better to do! And if that’s what’s needed, let’s get our sleeves rolled up…

However, much easier for all involved if we could agree on a slightly fuller content to the notion of natural law as aspiration. If we could agree on at least the first steps to be made in such an enquiry, then we might have a rather more fruitful discussion than if we have to start the enquiry completely from scratch. My own position (and that of Catholic philosophers such as John Haldane) on this is that it is the Graeco-Roman philosophical heritage that ought to be this common ground. I’ll say more about why in principle this is in a subsequent post. But for the moment it may be enough to make two broad points. First, why not? Many of the current debates in philosophy have been fuelled by insights gleaned from that heritage. No university philosophy course in the (well, that’s probably a bit rash, but I doubt if there are many!) lets students through without exposure to ancient philosophy. Exploration of ancient philosophy can only be helpful to providing depth and content to ethical debates that rapidly become stale, political campaigns rather than explorations of fundamental issues of human identity and flourishing. Exploring the contribution of ancient philosophy on issues such as same sex ‘marriage’ and euthanasia ought to be entertained, even if that falls short of a prior commitment to accepting the results of those explorations. Second, western ethics just is the child of and (and ). Of course, it would be much better from a Catholic point of view if we could accept a few more steps and say bring Aquinas into the exploration. But if we can’t get the full achieved natural law, at least let’s go back to those elements of Plato, Aristotle, Stoicism and Neo-Platonism which came into Christianity (and thus those secular ethics that evolved from Christianity) and see what we can make of them.


The safest general characterization of the European philosophical tradition is that it consists of a series of footnotes to Plato.