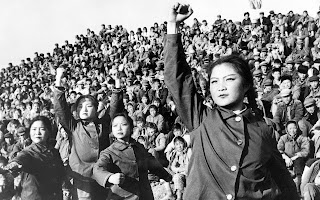 
Much to raise Lazarus' blood pressure recently. First, there's that business with Cranmer. Tempting to lump this in with the (English) Law Society's banning of discussion about marriage and unleash a tirade about the need for robust debate in society, offence be damned. But another time. Second, there's Ian Bell's pro-same sex 'marriage' article in last Saturday's (not the Catholic) Herald where Bell's usual 'stream-of-just-about-conscious' prose reaches the predictable conclusion that gay marriage is a jolly good thing. But even I get bored dealing with this sort of argument-lite journalism that's pouring out of the Scottish press on this issue just in case we 'critter-eatin-religious-know-nuffins' haven't got the message yet.

But I shall instead focus on the article in last Sunday's Herald: Catholic rebels v the Vatican. (Reproduced here without the need to open a Herald account.) Basically, this was one of the two stories that non-Catholic journalists print when they're bored: either 'Taig Paedos protected by Pope' or 'Nice Catholics oppressed by Pope'. It is of the latter species whereof we speak today.

Reading the article quickly, you'd get the impression that Scottish Catholicism consists entirely of well educated decent liberal people being oppressed by bishops. Apparently, though, things are getting better. According to Werner Jeanrond, Catholic professor of theology at Glasgow (and apparently soon on his way to St Benet's Hall Oxford -so that'll be something for you all down south to look forward to):

When I lived in Ireland in the mid-1990s, we had the priests, the bishops and the Vatican on one hand and the laity on the other. But this has changed. Now we have priests and laity on one hand and the bishops and the Vatican on the other. That shift I think is significant. We are living in a time of enormous change for the Church. I see this not as a sign of collapse, it is a sign of change and transformation and hope.

If an increasingly well-informed Catholic laity in Scotland wants to participate more actively in the government of the Church they will ask themselves why on Earth -when you look at church history in the last 150 years- the worldwide Catholic Church accepted an absolutist model, a model which is not necessary to the Gospel. You cannot ask someone to live in a democratic country -especially a country facing a democratic decision about its future -to then reduce them in terms of their faith, without the exercise of reason. [I'm not sure the final bit quite makes sense -but you'll get the gist]

The article builds on the rather flimsy premise of one Edinburgh priest's attendance at the Irish Association of Catholic Priests whinge-fest to draw conclusions about the state of the church in Scotland. Apart from asking usual suspects such as We Are Church (from which we get the usual answers) there is no evidence put forward that the concerns of the rather elderly Vatican II generation are the main concerns amongst the Catholic laity. John Haldane probably rather nails it when (having interestingly said that the Vatican views Ireland (presumably the Irish Church) as a 'basket case') he a) points out this is a lot of moaning from 'Vatican II priests' who've mistaken the nature of the Catholic Church; and b) there is almost no dissent in Scotland (certainly compared to Ireland) in part due to greater solidarity here in the face of more recent Protestant repression and in part due to the way the Scottish Church had not become such a 'discredited institution' as the Irish Church.

Frankly, I have no idea how much active dissent there is in Scotland: there certainly haven't been many obvious signs of it in the parishes with which I've been involved. Far more common is that drift from Catholic authority: ignoring bits of teaching or, at its extreme, hardly going to Mass at all. But what I want to focus on is this idea of a 'well-informed' Catholic laity. Although Jeanrond claims its existence (and I suppose as a lay theologian with a university professorship, he is indeed a member of the 'well-informed' laity) I don't see many signs of it in general.

There are a number of distinctions to be drawn here. First, you can be well informed about something that has no (or limited) bearing on Catholicism. It's certainly true in this sense that Scottish Catholics are better informed than a few generations ago, but being a well educated lawyer or doctor or teacher doesn't entail that you are well informed theologically. Second, you can be well informed about Catholicism without understanding the reasons behind it. Thus, it's probably true that most Catholics in Scotland know that the Church teaches against contraception and abortion and homosexual activity, but I suspect that very few could give a coherent explanation of the reasoning behind it. Here, unless the laity are reminded of the need for humility, the move from 'I don't know the reason' to 'There is no reason' is incredibly easy to make. Third, in part as a result of changes in teaching within Catholic education in seminaries and Catholic universities, it cannot be assumed that even professional theologians have been well informed about the tradition. (It is for example striking that judging by Jeanrond's CV, you'd be much better sitting at the feet of the philosopher John Haldane in order to gain an understanding of the Church's scholastic intellectual heritage rather than the theologian.)

So why should a 'well informed' laity expect a say in running the Church, particularly in the area of doctrine? Unless they can really bring some expertise to the table, I suspect this pretty much amounts to: 'I'm an important person outside the Church and I'm used to being listened to so I should be listened to inside the Church as well.' Otherwise, you've simply got input from a group of people who've been educated in the anti-religious prejudices of the society around them and insufficient education in how to respond to those prejudices taking over an already intellectually weakened local Church.

If you want to know the future of the Church, you should look instead to a revival of orthodoxy. If you're going to stay a Catholic in modern Scotland other than in a purely nominal way, you want something different from the Church besides hand me down secular liberalism in funny frocks.(The Piskies already do that perfectly well.) So younger, committed Catholics will tend to be more orthodox in one of the three ways that are current in the Church: they will be spiritually more committed in the way suggested by John Paul II; they will be more committed to the traditions of the Church in a way suggested by the current Pope. And they will be philosophically more savvy about the scholastic tradition in a way evidenced by people such as Haldane, Ed Feser, Joseph Shaw and Thomas Pink.

Of the three aspects, I think it is probably the third that is at the weakest at the moment particularly in the UK: although we have plenty of smart, orthodox Catholic academics, I don't think we have a laity that, in general, is well informed about the reasoning behind orthodoxy. If Benedictus College gets off the ground, it will be a welcome addition to the intellectual life of Catholicism here. Ralph McInerny's comment on the decline of Thomism in Catholic institutions bears repeating here:

How ironic that Catholic philosophy since the Council has taken on the coloration of  modernity and all but abandoned its traditional roots. Our departments of philosophy now have a majority of members for whom what I have been saying would be as unintelligible as doubtless it would be at Meatball Tech. It is a melancholy thought that now, when the salutary impact of traditional philosophy is most urgently needed, we who are its presumed representatives have abandoned ship and are crowding the rails of the Titanic.