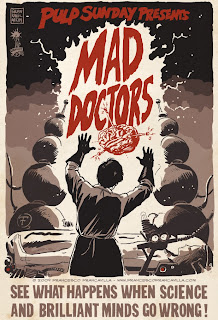 What do you mean you've got theological objections?

The Journal of Medical Ethics article 'Should religious beliefs be allowed to stonewall a secular approach to withdrawing and withholding treatment in children?' (press release here courtesy of Echurch blog (with full text in combox)) is an odd fish.

The main substantive conclusion, tucked away in the middle of the paper, appears to be:

We suggest it is time to have a default position in that it is presumed that parental religion is not a determining factor in decision-making for the child until the child is ‘Gillick competent’ to choose to consent to be part of the parent’s religion; thereby recognising that religion is important to the parents but should not influence the management of their child.

The conclusion at the end of the paper is:

We suggest it is time to reconsider current ethical and legal structures and facilitate rapid default access to courts in such situations when the best interests of the child are compromised in expectation of the miraculous.

I draw from this that the main substantive conclusion of the paper is that:

1) In end of life care, parental views based on religion should be disregarded.
2) Where parents disagree with doctors on the management of a child based on a religious belief, especially that in the miraculous, legal procedures should be in place to avoid extended dialogue in favour of a rapid decision overriding the parents' views.

I think that's what they're arguing, although it's a rather muddled, badly argued paper (which is worrying in itself). As the 'ethics review' comment puts it at the bottom (ie the Journal's description of the type of paper):  'Not really a ‘study’ but a review of cases referred, and no identifiable clinical details provided.' It's more of a think piece, not much engagement with academic literature; no attempt to engage with the details of the cases referred to.

The cases under discussion are those where 'withdrawal or limitation of invasive therapy was recommended' (by medical staff). These amounted to 203 cases over 3 years. Of these, 186 were resolved by agreement (92%). Of the remaining 17, 'extended discussions' did not result in agreement:


We reviewed the case notes and found a predominant theme of expression of strong religious belief influencing the family’s response to the critical illness of their child. Of these 17 initial cases, 6 were resolved by considering the best interest of the child, further time for the families and ongoing multidisciplinary discussions. However, 11 (65%) involved challenging protracted discussions, largely based upon the belief in the sanctity of life as a result of the parents’ religious convictions.

Of course, a 'review' which finds a 'predominant theme' is highly impressionistic particularly where (as I shall go on to argue, the bias of the reviewer is evident): did all the cases display this theme? Or was it just particularly striking given the forcefulness of a few cases? Who knows?

Anyway, of the 11, 5 were ultimately solved  ultimately 'with the help and support of hospital and local religious leaders'. Pause there. Nearly half the cases were solved by religion playing a positive role in the resolution of the conflict. So by taking account of the parents' religion, by thinking through and using the authority structures and language of the religion, half of the really difficult cases were solved, quite apart from the positive role it may have played in any of the other cases. That fact merits careful consideration -but it ain't getting it in this paper. On it trundles.

That leaves 6 cases. Less than 3% of cases. 2 per year in what is the major centre (Great Ormond Street Hospital) for dealing with severely ill children in the UK, and one based in a cosmopolitan city where the possibility of cross cultural misunderstandings (the relevance of which I'll make obvious below) is likely to be at its greatest. So a handful of cases. Not really analysed. No examination of the positive role of religion. And yet we get the general conclusion: advocating that, 'it is presumed that parental religion is not a determining factor in decision-making for the child'.  Hhmm.

Anyway, back to the six cases. These all apparently involved 'fundamentalist' religious beliefs. ('In cases in which religion was not a fundamentalist factor all ultimately had successful local resolution.') Of these, most were evangelical African Churches. ('Of those in which resolution was not possible, Christian fundamentalist churches with African evangelical origins featured most frequently, though other religions also featured.') Of the (indeterminate) number which involved Christian 'fundamentalists', 'the parents did not engage in exploration of their religious beliefs with hospital chaplains and no religious community leaders were available to attend meetings to help discuss or reconcile the differences. The parents had their own views or interpretation of their religion and were not prepared to discuss these tenets.'

So we really have absolutely no idea why families acted the way they did, because they weren't prepared to discuss them. Clearly, extremely awkward for a doctor, but hardly a good basis for a medical ethicist to construct an argument. However, not daunted by any lack of information, the paper goes on:

All these families were explicit in their expectation of a ‘miraculous cure’ for their child, and as such all felt the medical scientific information was of limited use. Although ongoing daily dialogue continued between the family and the teams there was no change in the family’s view that aggressive support must always be continued waiting for God to intervene.

So, on the one hand, we have a description of the inability of the family to engage in exploration of their beliefs; and on the other hand, we have a claim that dialogue continues. (It really can't have been much of a dialogue.) Anyway, of these six cases, one survived with profound neurodisability, four died after leaving the intensive care unit (were they booted out?) and one died after the hospital went to the High Court for suspension of treatment.

What are we to make of this? First, I have complete sympathy with the medical practitioners involved: if I were a doctor, confronted by a family who were making completely irrational decisions, and who continued to despite an extended attempt to engage them in dialogue, I would be looking round for a solution. But none of that removes the fact that, as far as a piece of ethical reflection is concerned, the paper is muddled, and erects on the basis of a very few extremely difficult cases, a proposal to disregard parental beliefs that would impact on a great many more cases in ways that the authors seem to have no concern for.

It's very difficult to imagine a more fraught scenario. A child is seriously ill and dying. You are a family with a very different cultural background with no advocates able to articulate your concerns in a way that mediates between the NHS secularized culture and your own ('no religious community leaders were available to attend meetings').   It's difficult to imagine such a position ever going well, and certainly never easily. I'm surprised that there are only a couple of cases like this every year. So one thing that needs to be said is that we shouldn't expect any system in such circumstances to work without problems. If change is being advocated, then there has to be a sense of what the moral costs of that change will be. No sense of this sort of realism in the paper.

Second, despite (because of?) the involvement of a Chaplain in writing the paper, the understanding of religion is simplistic. A favourable reference to Richard Dawkins ('As Dawkins suggests, should we refer to the ‘child of Christian parents’ rather than a ‘Christian child’?') as an interpreter of the complexities of these issues is not promising. Moving on, there is the category of 'fundamentalism' that is bandied about: 'Fundamentalism is defined here as the expectation that specific theological doctrines will be maintained.' I guess that means I'm a fundamentalist, but being quite a cunning, educated one, I bet I could disguise it far better than a family of African immigrants. (I even disguise it from myself since I believe that my ethical position is based on the exercise of reason applied to human nature.)

Given the lack of dialogue already noted, nuances are going to get stripped out. (No sensitivity to this in the paper.) But even within the limits of what is said, it's quite clear that the authors are overlooking nuances present in the families' positions. They equate, for example,the  'expectation of a ‘miraculous cure’  with 'waiting for God to intervene'. Well, I expect, with absolute confidence, God to intervene, but I only hope for a miraculous cure. If the authors can't even notice this difference when writing up the work for publication, then what hope is there of noting it in the fraught conditions of a dialogue that is not a dialogue?


Yet followers of one of the world’s largest religions within our society, which is accused of
being secular, would defend this proclamation from their spiritual leader and expect to have their view accepted and consequently this particular practice is condoned. So in this alleged secular society in the UK, we have a tendency to be more accepting of some religions and their practices more readily without questioning them.

Yes, fellow bead rattlers, it's us and our bonkers Pope again:


Numerous healthcare groups in this secular society might feel empowered to criticise any religion that in their view advocated illogical practices, for example, prohibiting the use of condoms in the face of the spread of HIV and AIDS.

Add that to the Richard Dawkins' remark, and it's difficult to see the authors as anything more than hopelessly ill-equipped to deal with what is, in any case, going to be an extremely difficult set of cases.

The general run of medical ethics is much, much more sensitive to the difficulties of ethical decision making in cases like this. (See eg here for a summary of current methodologies.) Perhaps the most worrying aspect of the paper is the way that practising clinicians seem to have let an understandable impatience with what may well have been families making poor decisions prompt them towards a dismissal of religion from any sort of rational exchange.