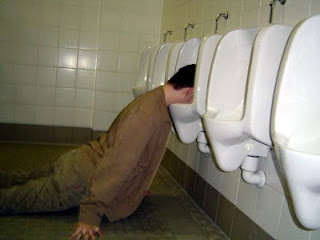 
Well, it's that time of year when thousands of fresh faced students are leaving home and entering the hallowed portals of academe. We're sending off Child 1, so I thought it timely to think about what Catholic parents should be saying to their progeny as they disappear out of the door.

In the UK, going to university almost invariably means entering a highly secularized environment. Most of your peers are not going to be Catholics; most of your teachers will not be Catholics. Moreover, it's highly likely that most will be hostile or at least mocking of Catholicism: You don't really believe that...?! Of course, that won't be entirely new: even if you went to a Catholic school, you won't be unaware that a majority of your fellow citizens regard you as some variety of freak (whether that is a dangerous freak or simply a deluded one). But at least you'll have had a family to retreat to where the religion is taken seriously and socially reinforced.

Well, that's no longer the case. If you are going to practise your religion -and remember that Catholicism is as much about doing stuff as believing stuff (so none of this Protestant nonsense that you can be a good Christian and not attend Mass)- it's down to you. Grit your teeth and just decide to do it: even in secular terms, there really is no pressing alternative use of Sunday mornings that is better than attending a celebration that has existed for 2000 years and is part of a continuous tradition of sacrifice that goes far further back. While your roommate nurses a hangover and watches Spongebob, you are sharing in the noblest aspect of mankind's culture. Attend Mass and be proud.

You are also responsible for developing a grown up religion. However good or bad your catechesis up till now, it will have been childish. From now on, seek ways to develop it. Get familiar with the Catechism. Get familiar with Aquinas. Get familiar with Catholic art. God is goodness, beauty and truth. Make sure you start -and it's a lifetime's commitment- to develop your appreciation of ethics, aesthetics and theology/philosophy.  If you're smart enough to get to university, make sure that your religion is smart enough to keep up. To put it at its least, remember that Catholicism is as sophisticated as anything else you'll come across at university. If it seems ridiculous then it's either not Catholicism or you haven't understood it properly.

You are incomplete and flawed. Again, as a Catholic, you have a responsibility to work on your sanctification -ie becoming a better and better human image of God. The Church offers disciplines of prayer and reflection: use some of them and think about using more. Make sure you pray everyday even if it's just a quick 'Glory Be'. Better something than nothing. (But then why not something more?)

Nobody gets through life without sin, big or small. The only thing that can cut you off from God is you. If you find yourself doubting or sinning in a big way, don't give up on God and the Church. Sometimes the best thing is just to remain in his presence without being able to do more than that. Remain open to God: do not close your heart in pride. He will find you in the end. (Crassly, attend Mass even if you don't take communion.)

On a slightly more mundane level, watch the level of drinking. Quite how our society has developed a culture where getting regularly out of your head is considered advisable for the young is beyond me. I suspect, from my own experience, a lot of it is about lowering inhibitions sufficiently so that we can all engage in that other modern de rigueur, bonking everything in sight. Avoid both. Alcohol is an excellent social lubricant in moderate doses but just remember that almost everything anyone tells you about booze and sex in the modern world is going to be wrong. (Especially if they're under 30. The declining urgency of hormones and a few years experience often brings a little wisdom in this area.)

Remember that you are a human being not an animal.  Remember St Francis. Remember Blessed Franz Jägerstätter. Remember St Thomas Aquinas. Remember Michelangelo. (And non-Catholics such as Plato, Milton, Tippett etc.) The modern secularized world reduces human possibilities: don't be fooled by it. It is only within the Church that the full richness of human life can be found. And that remains true even if your (temporary) local experience of the Church is unfortunate enough to be sitting in the Chaplaincy centre singing Kumbaya to a badly tuned guitar. Regard it as time off purgatory.

Anyway, to lighten matters, the 'we-are-but-meat-machines' view of the world from the Bloodhound Gang. (Slightly Rabelaisian -so be warned. But it does illustrate the point that this view of the world is funny. So why do so many take it seriously as a way of life?)