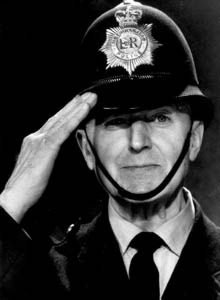 Putting these arguments aside, let's look at it from another perspective. The normal pro-same sex 'marriage' side case is based on two issues: fairness and social acceptance. The fairness argument is, roughly, that if you have a good such as marriage, it is unfair to restrict it to one group (heterosexuals) and deny it to another (homosexuals). The social acceptance argument is by giving a persecuted group (homosexuals) access to a high status institution such as marriage, the acceptance of that group will be increased with a corresponding decrease in negative attitudes to that group ('homophobia'.) Let's run with those two arguments a little.

Whilst in Scotland, most of the same sex position is articulated under a LGBT banner (Lesbian, gay, bisexual and trans), outwith Scotland, I've noticed a growing tendency to use LGBTQ (ie add queer). (See Wikipedia for an analysis of this alphabetical soup.) Within the LGBT label whilst arguably LG and T are served by the same sex 'marriage' agenda, it's not clear how bisexuals are. When you add 'queer', it suddenly becomes very odd indeed: how do you cater for a group that is, by definition, struggling against easy categorization?

For some queer-identified people, part of the point of the term "queer" is that it simultaneously builds up and tears down boundaries of identity. For instance, among genderqueer people, who do not solidly identify with one particular gender, once solid gender roles have been torn down, it becomes difficult to situate sexual identity. For some people, the non-specificity of the term is liberating. Queerness becomes a way to simultaneously make a political move against heteronormativity while simultaneously refusing to engage in traditional essentialist identity politics
(See Wikipedia.)

Returning to the two pro-same sex 'marriage' arguments -fairness and social acceptance- the introduction of same sex 'marriage' would clearly not remove the unfairness to at least two other groups in the LGBTQ agenda: homosexual and heterosexual couples would be fairly treated, but bisexuals and the queer wouldn't. (Indeed, by altering the nature of marriage from a child rearing institution to a simple celebration of love, the arbitrariness of the exclusion of the bisexual and the queer becomes sharper.) Moreover, on the social acceptance argument, discrimination against the bisexual and the queer would be increased: homo-normativity would be simply added to hetero-normativity as an adverse social pressure on the bisexual and queer:

So on the grounds of fairness and social acceptance, the introduction of same sex 'marriage' would be, at best, an incomplete reform and at worst a positive increase of discrimination against minorities.

Now I know that same sex 'marriage' proponents reading this are simply going to regard this post as an act of bad faith on the part of a loony Catholic: I am using arguments simply to justify my own homophobic attitude to same sex 'marriage'. Two responses:

1) My own view is that the essentialist treatment of homosexuality as a 'third sex' is utterly mistaken, whether you are starting  from a Catholic or an entirely secular viewpoint. From a Catholic point of view, I think we should be essentialist about biological sex (ie we are essentially men and women) and broadly non-essentialist about how we perform those sexes (ie what we do as men and women is a matter of free, responsible, moral agency). From a secular viewpoint, I think you should either agree in principle with that Catholic viewpoint I've sketched (whatever detailed conclusions you then draw from it), or go the whole queer theory hog and just be non-essentialist about biological sex as well. Of course, that's much more to be said here, but my simple point for the moment is this: that from whatever perspective I come at the same sex 'marriage' argument, secular or Catholic, I fail to see it as anything other than a misguided attempt to police human sexuality in an entirely foolish way. (Of course I may be wrong about that, but I am at least wrong in good faith.)