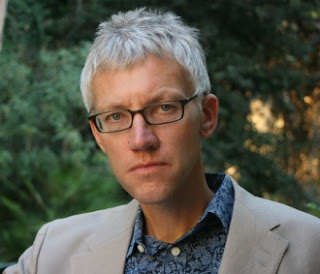 Tom Holland’s film, Islam: the Unknown Story, and book, In the Shadow of the Sword (Holland's website here; Guardian article here ) have provoked some outrage among Muslims, but have wider lessons for the relationship between scholarship, popularization and religions. (Although there are significant differences between book and film –for example, the latter focuses exclusively on Islam whilst the former also contains extended treatments of Judaism and Christianity- for the most part I’ll consider them together.)

Holland’s general thesis is a typically post modern one: Islam is constructed over a period of time and reflects the power interests of empire builders.  Instead of being a once and for all divine revelation delivered to Mohammed which then became the motive for Islamic empire building, it was rather the empire building which constructed Islam as a suitable ideological basis for exercising power. (Holland’s point is slightly more nuanced than this: particularly in the book, he emphasizes that the interpretations of Islamic scholars, often from a non-Arab and Jewish background, served to undermine the naked grasping for power of the Caliphate. But the main thrust remains that there is a process of construction to be revealed and that this process is essentially the human story of interests and power.)

Running behind this narrative is a meta-narrative: Tom Holland as the sceptical challenger of faith. Thus, in the film, we have a rather odd scene in which Holland seems to join in with Bedouin tribesmen in their prayers, and then, gradually, withdraws, defeated (at least this is how I’d interpret the scene which is delivered without commentary) by the unfamiliarity of the physical movements but even more by an inability to share their religious faith. Holland looks detached, uncomfortable: well intentioned, but definitely an outsider. Moreover, it’s very hard for a Western viewer not to identify with him and not with the very foreign Bedouin: we are the sceptical rationalists viewing something that, however sympathetic we may be to it, we cannot share.

What might I make of all this if I were a believing but educated Western Muslim? I think I should be suspicious of the way Holland conflates two issues. First, there is the methodological issue. Holland portrays himself as standing for Western, scientific rationality against Islamic fideism. Although he does make some gestures at acknowledging this (for example, by including a Muslim scholar as a critical voice in the film), the way it is done rather reinforces  the problem of methodology than problematizes it: if you are a Muslim, you’ll think this. But if you’re not, then you’ll think like Holland. (And of course, we’re like Holland.) But the problem of methodology is much deeper than the simple antagonism between fideism and historical science. Holland, for example, would never accept the possibility of a supernatural revelation: it is simply a given that, whatever else happened, Mohammed can’t have received divine guidance because there just ain’t such a thing. Moreover, there is the Prometheanism of modern university scholarship in the West and, even more so, that of popular scholarship. Nobody gets tenure or publications by agreeing that a prevailing consensus is just fine: much better to develop a striking and original take on a topic. And certainly, if you want a prime time TV programme, you’d better find something a bit edgy to put on it. Beyond these keys areas, there are more subtle methodological issues. For example, in the book, Holland’s tone frequently lurches into that land somewhere between the snide and the snark: for example, in talking of Palestinian Rabbis, Holland comments:

…they were better able to incinerate those who displeased then with a single glare; and      they were more obsessively alert to the menace posed by menstruating women. Valuable though all of   these attributes undoubtedly were…

Now, I’m quite open to a bit of snark myself –and I don’t see why Holland should be blamed for displaying the attitude of a sensible, Western sceptic against us loony religionists in general and particularly foreign ones- but if I were a Muslim, I would take all this together and conclude that this is as value a laden methodology as anything I could come up with.

And that matters when we come onto the second issue: the details of how Islam was constructed. It is perfectly possible for someone not to believe that Mohammed had a divine revelation, and yet still accept a (demythologized) version of the traditional Muslim account. And this, pretty much, is what has been (according to Holland) the case up until now in Western scholarship. OK, perhaps it wasn’t a divine revelation, but it was a piece of spiritual creativity/altered mind state etc, and then everything else follows through: from this one central action, Islam is created and in turn creates Islamic civilization. But against this, Holland makes a number of revisionist claims: that Mecca is not the main location of Mohammed’s original actions; that the initial conquests of the Arabs were not done in the name of anything that is recognizably Islam etc.

Now, at this point, unless I am a highly trained academic with a specialism in the history of early Islam, I am going to have to operate on trust. I am going to have to trust Holland and trust those scholars behind him. But why should I? I know that his methodology is parti pris. Why should I stake my life –and to a good Muslim, as with a good Catholic, the history here matters in a day to day way- why should I stake that on his highly suspect enterprise?

As a Catholic, I don’t have a dog in this particular fight. I thought Holland’s book was highly interesting and, within his own lights, he tried to be fair: this is certainly not an ill intentioned book or film. But he is what he is: a popularizing Western historian with the prejudices and techniques of a religious sceptic. If religion isn’t a live issue for you, then you can just slot his work into the world of entertainment where ideas flow forwards and backwards without settling into a view. If you’re a scholar of Islamic history –well, you won’t be bothering with this, and will instead be arguing directly with Holland’s mentors such as Patricia Crone in that generational long academic struggle which sees intellectual fashions ebb and flow like barbarian invasions. But if Islam matters to you as a way of structuring your everyday life, while there is much here to stimulate thought, there is absolutely nothing to shake a belief in the basis of that commitment.

As so often, this is not a struggle between blind faith and Western science, but between types of critical reasoning both based on more fundamental commitments. And even from my outsider point of view, it’s not at all clear that Holland’s are the more trustworthy.