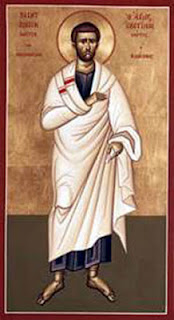 Reading Joseph Shaw's typically firm take on Tina Beattie reminded me of a thought that has often crossed my mind over the years. Whilst almost every modern British theologian I've come across seems to hold (shall we say) 'interesting' views on core Catholic beliefs, almost every Catholic British philosopher I've encountered seems robustly orthodox.

Now I make little claim for the statistical validity of this observation: it's just an impression. Although there are a good number of practising Catholics among academic philosophers in the UK, there aren't so many (and I know the precise views of even fewer) that they form a reliable sample. Moreover, there are certainly blamelessly orthodox theologians at work who attract less publicity simply because 'Catholic theologian agrees with Church' is going to be less interesting as a headline than 'Catholic theologian thinks Pope is wrong on everything'. But here in Scotland, it's been the philosopher John Haldane who's done much of the heavy lifting in defending the Church on (eg) same sex 'marriage'. Last week's Catholic Herald carried a letter from a former University of Edinburgh philosopher suggesting the return of the Penny Catechism (moreover in its 18th century edition!) to Catholic schools. And then you have Joseph Shaw and Thomas Pink regularly arguing for traditional, Catholic doctrine. Beyond the UK, you have Ed Feser manfully fighting for scholasticism (and Steely Dan -but, hey, nobody's perfect!), and, beyond the living, you have Elizabeth Anscombe and Ralph McInerny.

OK. Assuming that my impression is true, it's rather an odd reversal of traditional, scholastic Catholic understanding of the relationship between, in particular, moral philosophy and moral theology. In essence, philosophers think about the natural end of human beings by using natural reason, and moral theologians add the truths and sources of revelation to add certainty to moral philosophy as well as the awareness of the reality of a life after death with God. You'd expect therefore moral philosophers to be jumping around all over the place like headless chickens, and regularly needing the firm guidance of theologians to remain on track. But if anything, the position seems to be the reverse. Why?

I'll offer two suggestions -although I do so without  much confidence in their truth. Firstly, certainly as far as most UK philosophers are concerned, their background will be in non-Continental philosophy. Their academic training will be in analytic philosophy (which encourages a certain scepticism about the possibility of knowledge and an awareness of the multiplicity of possible solutions) and in Classical philosophy (which gives an awareness of the fertility of old ideas and an appreciation of the specific methodologies behind Catholic scholasticism). From the scepticism of the former, there is an appreciation of the need for Magisterial authority. From the latter, there is an appreciation of the strengths of scholasticism and, in particular, Thomism. Most modern Anglophone theologians on the other hand will either have been trained in non-Catholic theological methodologies in the UK (and so will have imbibed either the implicit anti-theism of the social sciences, or whatever liberal Protestantism is the theological plat du jour) or, outside the UK, will have imbibed Continental philosophy and thus (whatever merits it may possess) have become acclimatized to the idea that there is something wrong with the metaphysics and methodologies of scholasticism. (I suspect the key here is the indebtedness of most non-Anglophone philosophers to Heidegger: whatever else may be said about him, I find it very hard to read him (and thus his successors) as doing anything else except engage in a 'polemic with Scholasticism'. Even if that doesn't imply a rejection of theism, it does imply a rejection of traditional Catholic ways of doing theology.)
Posted by Lazarus at 02:42