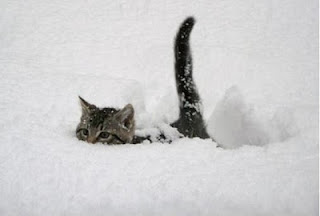 Well, here's how I spent an hour or so recently...

I started off by having a look at Professor Beattie's website page on 'Debate, dialogue and dissent'.Working my way through it, I came to:

If I hold an informed view which I believe to be reasonable, which I discover that I share with others whose views I respect, which belongs within natural theology rather than revealed doctrine (i.e. it has to do with social and moral issues and not with the sacramental mysteries of the faith), and which is highly complex (as these issues usually are), in terms of evaluating its benefit or harm to human well-being and the common good, I can in good conscience differ from what the current magisterium officially teaches and what some other Catholics might believe to be true.

I bridled a little at the suggestion that revelation was confined to 'sacramental mysteries of the faith' rather than 'social and moral issues', as it went against my understanding that the Church teaches authoritatively on matter of morals as well. So having looked at the Catechism (para 1960), I was sent from there to Pius XII Humani generis which seems to back up my initial understanding that revelation acts on morals as well:

It is for this reason that divine revelation must be considered morally necessary so that those religious and moral truths which are not of their nature beyond the reach of reason in the present condition of the human race, may be known by all mean readily with a firm certainty and with freedom from all error.

OK. So I think, 'What would my reply be to this if I were arguing Beattie's position?' And I'd go for attacking the nature of revealed authority (ie don't listen to Pius XII) and I looked down to the extract from her coming book on natural law and found:

Thomas also makes clear at the beginning of the Summa Theologiae that only the authors of the canonical Scriptures can be considered ultimate authorities with regard to divine revelation. (ST I, 1, 8).

Hhmm, I thought, only canonical Scripture? What about the teaching authority of the Church? I think back to the rite of reception where I had to stand in front of a packed Easter Mass and declare:

I believe and profess all that the holy Catholic Church teaches, believes and proclaims to be revealed by God.


So had a quick flick through the online Summa and couldn't see much about the Magisterium, so filed Aquinas' views on that away for future research. (And then thought that all this showed something about the nature of Beattie's methodology: a) an absence of reference to Papal teaching; and b) an interpretation of Thomism that has ressourcement at its heart rather than developments of Thomism subsequent to Aquinas.)

Reading on, I find in her paper:

It is worth noting that the discussion of natural law forms a relatively minor part of the Summa Theologiae and there is some debate as to how far it can be lifted out of its theological context. Thomas has only one question that deals specifically with natural law, (ST I-II, 94) and he situates that question in a wider context that addresses human law, Mosaic law and the New Law of the Gospel (ST I-II, 90-108). Western philosophy and legal theory have focused disproportionately on Thomas’s account of natural law and have elided its theological context, thereby giving rise to distorted and misleading interpretations.

Now some of that fitted in with my general understanding of Aquinas: that natural law figures unclearly in the Summa (although that doesn't quite deal with the extensive coverage of Aristotelian ethics in IaIIae) but it also reminded me of the suggestion that insufficient regard has been paid to Aquinas' philosophical Commentaries etc on Aristotle. (So to claim that Aquinas is primarily a moral theologian rather than a moral philosopher is at least in part due to ignoring precisely those works in which he acts as a philosopher.) And when she pushes on to cite Jean Porter,

However, Porter argues that scholastics were more aware than many later natural law theorists of the constructed character of social conventions and institutions, which emerge not directly in response to the promptings of nature, but through historical processes of reflection and negotiation.

I find myself thinking that much depends here on what you mean by reflection and negotiation: Aristotle, for example, would agree that it depends on reflection, but this of the phronimoi -the practically wise- on the facts of human nature rather than the sort of horsetrading she seems to envisage...

And so on and so on. That's what academic reflection is like. You recognize threads of arguments you're familiar with and have a decided view on. You recognize hints of issues you are half familiar with and where you have to do some more research. You realize that there are alternative viewpoints, some of which are in fashion and some of which are not. You know something about some areas in great detail, and can be confident in disregarding the prevailing fashions. You know less about other areas, and may have your suspicions, but not in complete confidence. You go on. It is endless, although punctuated by the occasional need to pause in order to articulate temporary positions for teaching or publication.

There are two views of the Church at stake here. Rowan Williams in his book on Arius, talks about a Catholic view focused on apostolically ordained bishops as centres of unity, and the Academic view focused on the personality of a teacher or the ideas of a school (p.86). The CDF document. Donum veritatis on the Ecclesial Vocation of the theologian, seems quite clear in its support for the Catholic view:


Freedom of research, which the academic community rightly holds most precious, means an openness to accepting the truth that emerges at the end of an investigation in which no element has intruded that is foreign to the methodology corresponding to the object under study.
In theology this freedom of inquiry is the hallmark of a rational discipline whose object is given by Revelation, handed on and interpreted in the Church under the authority of the Magisterium, and received by faith. These givens have the force of principles. To eliminate them would mean to cease doing theology. In order to set forth precisely the ways in which the theologian relates to the Church's teaching authority, it is appropriate now to reflect upon the role of the Magisterium in the Church (para 12).


Divine assistance is also given to the successors of the apostles teaching in communion with the successor of Peter, and in a particular way, to the Roman Pontiff as Pastor of the whole Church, when exercising their ordinary Magisterium, even should this not issue in an infallible definition or in a "definitive" pronouncement but in the proposal of some teaching which leads to a better understanding of Revelation in matters of faith and morals and to moral directives derived from such teaching.

One must therefore take into account the proper character of every exercise of the Magisterium, considering the extent to which its authority is engaged. It is also to be borne in mind that all acts of the Magisterium derive from the same source, that is, from Christ who desires that His People walk in the entire truth. For this same reason, magisterial decisions in matters of discipline, even if they are not guaranteed by the charism of infallibility, are not without divine assistance and call for the adherence of the faithful. (para 17).

To the Academic view, however, reference to such authority begs the question: is authority located with the bishops (and especially the Pope) and their agents such as the CDF, or does it lie in Academic methodologies of power? If the answer is the latter, then every Catholic, however uneducated or unintelligent, is condemned to the vortex of academic reflection that I have sketched above. The Church becomes an institution for the intellectually elite, either in excluding anyone else from membership or, more likely, in teaching docility towards those who have the trappings of Academic power. If the former, it is a Church where the academy has a role in deepening our understanding, but where the basic tools of salvation are proclaimed clearly and simply by the teaching authority of those who have been entrusted with that task by the Holy Spirit.