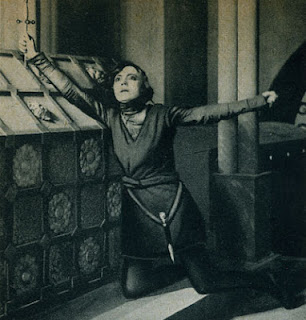 What do you mean I can't be a Bishop?

Having listened to various bien pensants fulminating against the Church of England for not immediately allowing women bishops, I can't help feeling glad to be well out of it. Apart from worrying that, should politicians really decide to override the Synod and impose 'equality', they might get a taste for it (did I really hear Frank Field on Radio 4's PM hinting that if ever the majority of Catholics wanted women priests then MPs should step in give effect to that view?), as a Scot and a Catholic, it's really not much of my business.

It's clear that the Synod decision is more about dissatisfaction with the protection offered to the minority opposed to women's ordination than it is directly about opposing women bishops. It's also clear that for any relatively straightforward Catholic like myself the matter is closed by the definitive teachings contained in Ordinatio Sacerdotalis and the CDF's responsum making clear that the impossibility of women's priestly ordination is part of the deposit of faith.

It's impossible to convince non-Christians that women can't be priests. From an outsider's point of view, it's just another job, it's just another position of power. Women have historically been excluded from such positions in other areas, and the Church just needs to catch up. But I wonder if at least some of the point of the exclusion can be caught from looking at the theatre. As yet (and who knows what fresh hell awaits my children) we do not have crowds of demonstrators demanding that Hamlet is played by a woman or that Violetta in La Traviata is sung by Bryn Terfel. With the exception of rare cases of parody or deliberate playing with gender expectations (such as Asta Nielsen above), we accept that it matters that women are played by women and men by men. (Even where the roles are swapped, it doesn't cease to matter: it's just that we're playing with what matters.)

The prime task of a priest is not to organize the church raffle or raise money for the roof: he is there to impersonate Christ, particularly in the sacrifice of the Mass:

1548 In the ecclesial service of the ordained minister, it is Christ himself who is present to his Church as Head of his Body, Shepherd of his flock, high priest of the redemptive sacrifice, Teacher of Truth. This is what the Church means by saying that the priest, by virtue of the sacrament of Holy Orders, acts in persona Christi Capitis:

It is the same priest, Christ Jesus, whose sacred person his minister truly represents. Now the minister, by reason of the sacerdotal consecration which he has received, is truly made like to the high priest and possesses the authority to act in the power and place of the person of Christ himself (virtute ac persona ipsius Christi).

1549 Through the ordained ministry, especially that of bishops and priests, the presence of Christ as head of the Church is made visible in the midst of the community of believers.26 In the beautiful expression of St. Ignatius of Antioch, the bishop is typos tou Patros: he is like the living image of God the Father. (From the Catechism.)

In fine, gender and sex matter. A male Hamlet does not convey the same set of meanings as a female Hamlet. A female priest does not convey the same set of meanings as a male one. It is of course open to theologians to argue that the set of meanings conveyed by a female priesthood are better than those conveyed by a solely male one (open, that is, unless you accept the Magisterial authority of the Papacy), just as it is possible to argue that Hamlet is better played by a woman. But what it is not possible within a Christianity that bears any recognizable relationship to the catholic tradition is to argue that it is simply a matter of equal jobs for women.