Sticking up for Tina Beattie (a bit) 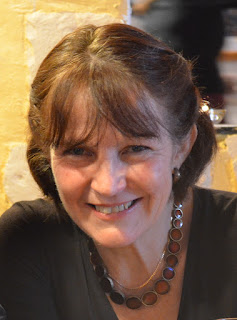 Tina Beattie's been getting it in the neck again.

As regular readers of Catholic blogs will realize, Professor Beattie has become a bit of focus for orthodox Catholic anger at heterodox teachings in the modern Church. The latest wave has picked up some of her writings about the Mass and attacked her for describing it as an act of homosexual intercourse. (Here from Protect the Pope and here for the Bones' rather amusing take on it. )

Frankly, I'm pulled in two ways on this. I'm with the other orthodox bloggers in thinking it's pretty outrageous that someone who teaches heresy should be able to be described as a Catholic theologian with all the influence that carries. That's less directed at Professor Beattie (who's getting perhaps more than her fair share of the flak) than at the general run of things: there are far too many academics and literati running around with 'Catholic' as a description who seem to spend most of their time lobbing their dissenting opinions at the Church. (Many of them seem to be hanging out here.) One of the facets of the modern world is that many ordinary Catholics are well-educated in secular terms and rightly want to extend their knowledge of theology. To do that, there needs to be some sort of quality control so that they are not misled into thinking that all the smart Catholics are heretics and that any degree of intellectual sophistication is incompatible with orthodoxy. That's really down to the Bishops' exercising of their pastoral authority to lead and guide the faithful. It's not an easy task in a modern world of competing voices all claiming authority, and particularly not an easy one in a country such as the UK where most (Catholic) theologians work in non-Catholic institutions. However, easy or not, much more needs to be done to make it clear that the Church does make absolute claims to truth and there are some theological opinions, however sincerely held, which are false. (That said, such pronouncements need to explain their positions -and that's not always a straightforward thing to do to a laity often eager for novelty and impatient of judgments at odds with the familiar, secular world.)

On the other hand, the specific issue that Protect the Pope has raised is rather trickier than a straightforward teaching of heresy. In essence, it is a common theological approach (largely, I think, in the modern case originating from von Balthasar) to regard theology and sex as mutually informative: we should view sex theologically (so the Theology of the Body) and we should understand God through our embodiment, particularly through sexual differences. On the whole, I think that's rather a good thing. In particular, it restores the sexual differences between men and women to an important place in our thinking about the world: instead of seeing us as just human beings with different bits stuck on, we start to regard men and women as being equal and essentially different: broadly speaking, this is the position of the New Catholic Feminism (see here).

Now, Professor Beattie does exactly that. When she explores the symbolism of the Mass in this way, she find it wanting and thus uses it as an argument for women priests: in other words, when she talks of the (current) Mass as 'an orgasmic celebration of homosexual love from which the female body is excluded' (from Protect the Pope) that is a critique of how the symbolism is currently working rather than an ideal: by allowing women priests, she thinks to stop the Mass being so describable.

I should confess at this point that it was reading Beattie's God's Mother. Eve's Advocate a few years ago that a) drew my attention to von Balthasar b) eventually helped me understand why the priesthood was restricted to men; and c) made me appreciate the importance of Mary. None of those results (with the exception of c)) would be ones that Beattie would applaud, but such is the nature of academic reflection: reflections on objections and attacks are a necessary stage in the achievement of knowledge.

So here's my quandary. How do you ensure that the laity (and indeed priest and bishops!) are not misled by academics in a world where the sort of control exercisable in the past isn't physically possible, and where it's not clear that any obvious alternatives (such as warnings from Bishops) work terribly well either? On the other hand, how do you allow that genuine fluidity and openness of debate that is an essential part of theology in the academy, without allowing an imperfect (and erroneous) stage in that debate to achieve currency among the enthusiastic but half educated (and I include myself in that category)?

I really don't have much of a one stop solution here. Bishops should be clearer about articulating orthodox positions. Individuals -academics, laity, priests, religious, everyone- should reflect more on their responsibilities not to teach or believe falsehoods and how to respect the Magisterium. Perhaps the ideal is the finding of scholastically minded geniuses: the scholastic method of reviewing alternative positions before articulating and defending the orthodox conclusion allows a review and understanding of the alternatives without compromising final truth.

(As a practical interim measure, I suggest the cloning and distribution of Matthew Levering to every diocese in the UK. He's solidly orthodox but also soaked in the exploration of complex theological meanings in the Mass. (See especially his Sacrifice and Community.))