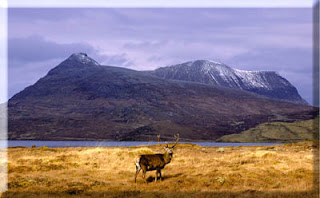 One of the things that pulled me into Catholicism was its tradition of philosophical thinking (rooted in Classical philosophy) on human nature and morality apart the revealed truths found (eg) in Scripture. This crops up, for example, in the debates on same sex 'marriage' where Catholic apologists offer arguments based on human nature (eg the role of marriage in society in raising children) rather than the supernatural completion of that nature finally in seeing God. On an everyday level, failure to observe the differences between what can be said based on natural law and what can be said based on revelation leads to the familiar situation of Catholics either leading a schizophrenic existence where they fear that by speaking in 'human terms', they are somehow betraying deeper, theological truths; or that situation (more commonly found among some Protestants) where even the most mundane remark is translated into 'Bible speak'. Catholicism offers a picture (and a vocabulary) showing a full integration between our human nature and that grace offered to us by God.

Ed Feser (as usual) puts all this much better than I do in his recent blogpost:


The tendency to confuse the natural and the supernatural can be found not only in the opponents of natural law theory but also in some of its friends.  On the one hand there are critics of Catholic sexual morality who suppose that it is grounded merely in scripture, or tradition, or the authority of the popes.  And on the other hand there are well-meaning orthodox Catholic writers who at least seem to suppose that Catholic sexual morality can only be understood and defended in theological terms -- in terms of the “theology of the body,” say, or “covenant theology.”  Both suppositions are in error, for at least the fundamental aspects of Catholic sexual morality (and certainly its most controversial aspects) are grounded in natural law, and thus in premises that are accessible to all human beings (whether or not they are Catholic) and that would remain true even if there had been no divine revelation on which to base the theological approaches in question.

That is not to say that these theological approaches to do not have value.  The point is rather that they are not and cannot be complete accounts of sexual morality.  They can supplement what we know from natural reason, but cannot replace it.  For grace builds on nature.  When we ignore nature in favor of grace or blur the boundary between them, we distort the latter and make the former inaccessible to those who do not know or accept divine revelation.  That is why, for many non-Catholics, Catholic teaching on sexual morality falsely seems like mere diktat, or at best something purely theological that can have appeal only to those already convinced of the moral relevance of the story of Adam and Eve, or of analogies between spouses on the one hand and Christ and the Church on the other.