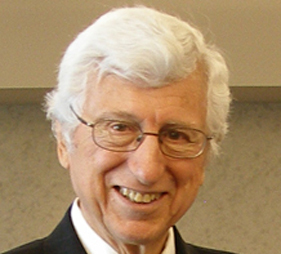 Despite 'reorientation therapy' for homosexuality not really being a Catholic thing (dealing with homosexual desire from a Catholic perspective being much more about getting focused on God rather than getting over it and finding a nice girl), Nick Cummings, former President of the American Psychological Association makes some interesting points in the course of an affidavit in support of JONAH:

The role of psychotherapy and counseling in sexual orientation change efforts has become highly politicized. Gay and lesbian rights activists appear to be succeeding in their efforts to convince the public that homosexuality is one identical, unitary, unvarying and inherited characteristic.
…

Persons who identify as homosexual fall along a very broad spectrum of personalities, ranging from shy young men who are so frightened of girls that they fear they must be gay to boys who preferred to play with dolls and wear girls’ clothing and everything in between. Contending that all same-sex attraction is an unchangeable or immutable characteristic like race is a distortion of reality.

(H/T and full transcript over at Peter Ould.)

I've mulled over in passing before why the debates around sexual identity have been constructed in the rather simplistic ways they currently are: in particular, I suspect that the current attitude to homosexuality is a coming together of a rampant and naive physicalism (so differences in mind result from differences in body) coupled with an embracing of sexual libertinage and the offloading of the position of trail blazers onto homosexuals. Anyway, that's speculation. But it's good to see a psychologist publicly agreeing with Roger Scruton that:

....it's such a complicated thing, homosexuality. It's not one thing, anyway.