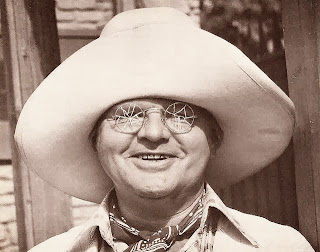 Chris Monloch's article in The Independent on Afghan pederasty (bacha bazi) (H/T Standing on My Head) is troubling in a number of ways. Most obviously, it is troubling because it deals with an evil practice and raises questions about the West's involvement in Afghanistan. At a slightly more theoretical level, I find Monloch's approach to the subject slightly worrying. There's clearly a history to the practice which goes beyond the recent turmoil in the area. (Wikipedia suggests that it was actually more common in the past until the colonial powers' disapproval (quote: 'Victorian era prudery' ?! -good for the Victorians!) reduced its prevalence.) It's clearly not just (as Monloch's term 'paedophilia' and much of the article suggests) the particular perversion of a few odd individuals but a socially endorsed and constructed practice. Moreover, it isn't a practice that is unknown in other societies (for example, the ancient Greek practice of pederasty is clearly analogous). If Monloch is supposed to be representative of a US intelligence expert, I'd worry that US intelligence is woefully out of its depth in dealing with other cultures, treating what is clearly a deeply embedded cultural evil as the perversion of a few damaged individuals ('rid themselves of all paedophiles')...

Anyway, putting all that aside, I was struck by the following paragraphs:


A second corrupting, and perhaps surprising, consequence of bacha bazi is its negative impact on women's rights in Afghanistan. It has become a commonly accepted notion among Afghanistan's latent homosexual male population that “women are for children, and boys are for pleasure.” Passed down through many generations and spurred by the vicious cycle created by the pedophile-victim relationship, many Afghan men have lost their attraction towards the opposite gender. Although social and religious customs still heavily dictate that all men must marry one or more women and have children, these marriages are often devoid of love and affection, and are treated as practical, mandated arrangements.

While the Afghan environment has grown more conducive to improving women's social statuses, the continued normalization of bacha bazi will perpetuate the traditional view of women as second-class citizens — household fixtures meant for child-rearing and menial labor, and undeserving of male attraction and affection.


As I posted recently, there is evidence that (at least in Japan) there is a reduction of male interest in real women. Now, that's worrying for all sorts of reasons, but one of the reasons is that it means men just aren't interested in what women really are but instead regard them as 'undeserving of male attraction and affection'. As I also recently argued, worrying about how to look at women is an important aspect of (as Foucault would put it) 'care of the self': that practice of constructing and purifying the self in the task of achieving virtue.

One of the damaging splits that has taken place in modernity is that between being interested physically in someone and being interested in them as a person. Partly as a result of crude versions of feminism, men find themselves subject to a critique on whether they like a woman for her body or for her mind. This separation is embodied (take that as a pun if you will) in a view of the development of erotic attraction: you become an achieved person erotically once you have discovered whether you like female (as a heterosexual) or male (as a homosexual) bodies. Of course, that makes erotics trivial: much more important than what sort of flesh you like is liking minds. And no one, no one openly is allowed to say that they only like male minds as the storm over Stephen Fry's twitter comments on women evidenced. It's fine if you're gay because you don't like women's bodies. It's not fine if you're gay because you don't like women (or at least their personalities).

Now, on the whole, I think this commonsense view is pure hokum. It is, I suppose, just about possible to construct a form of erotics based just on the body ('phwoarr, what a scorcher!') and I think that, in fact, is pretty much what modern society is doing. But many/most men -and I would say all good men- couldn't separate out what is attractive in women in that way: body and personality are not simply separable. It is, moreover, a separation that becomes (or at least should become) less and less plausible as you grow more mature: what might (just) be forgivable in the young (obsession with a particular body shape or part) becomes simply embarrassingly juvenile in anyone over thirty. There is nothing -absolutely nothing wrong- in men finding women erotically attractive, in looking at women erotically. But the mature male gaze is one that finds women -embodied, real women- attractive rather than women stripped of their minds and personalities and reduced to meat. Modern popular culture is busy reducing women (and men) to meat: what is striking about both pornography and fashion photography is that personality, individuality is obliterated. 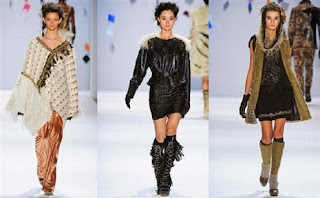 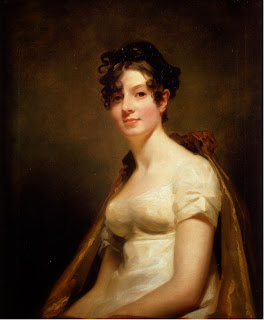