Halloween and is spooky good? 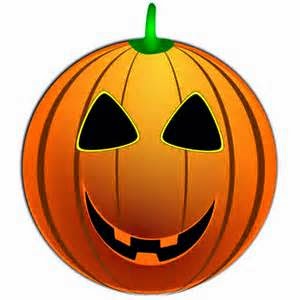 I think I've confessed before to a weakness for a 'good' (ie utterly dreadful) horror film. One of the major causes of rows in our house is my insistence on checking out the 'Horror Channel' first in any assessment of a possible evening's viewing...

I'm not entirely sure whether this is a good thing or a bad thing or a harmless eccentricity or what. I was reared (parents were entirely 'hands off' liberals in terms of TV and reading matter) on a diet in which Denis Wheatley figured quite heavily both in his novels and in the various film versions on TV. In my more reflective moments, I do wonder whether (or perhaps in what way) this early exposure to supernatural trash literature (and, I'm afraid, my abiding low taste in this area) links up to my conversion to Catholicism. (One can imagine Dawkins shaking his head sadly at yet another young life blighted by an indoctrination in the supernatural. He may have a point in this case.)

Our society is in the odd position of saturating the young in ghosts and vampires, and yet pleading a sort of ironic detachment from that obsession. For a culture which is ostensibly 'secular', the parade of werewolves and the like that rampage across (particularly) young adult entertainment is quite remarkable. Of course, we don't really believe it (do we?) but in many ways, an obsession that we don't really believe is more remarkable than one we do. The current popularity of Zombies (frankly, my least favourite form of the genre) perhaps represent naturalism hitting back. Unlike the supernatural world of ghosts and vampires (presenting difficulties for naturalism in survival after death, curses and odd powers  of physical transformation), Zombies are scary but simply the result of some sort of microbe.

Anyway, I'm basically torn between the thought that the survival of an interest in the supernatural is a reassuring sign of (albeit imperfect) resistance to secularity, and the thought that it's merely another aspect of the abandonment of Christianity, this time in favour of the demonic. Certainly, the sort of 'supernatural' that is the commonplace of this sort of culture isn't one that is subject to the overarching control of God (rather than gods or powers). The universe is not the Christian one where the ultimate reality is rationally consistent and moral, but rather the pagan one where competing very, but not absolutely, powerful entities compete for success. Paganism perhaps even has the advantage over the modern age of taking such entities seriously: if you think that the furniture of the world really contains demons and ghouls, you are, essentially, back in the position of the naturalist who has to explain why contingent things exist, and thus back into the proofs of natural theology. (Thor in metaphysical terms is no more surprising than an extremely fierce tiger.) Modern-paganism-for-entertainment postpones that sort of serious thinking by ironic handwaving: one lives as if one believes in these things but one doesn't need to think about them seriously as, really, one doesn't.

And the final complicating factor for Catholics is that here one is dealing with real malevolent entities and not just ideas. You may think an interest in the occult is just playing with ideas; the demons you address are under no such illusions. (I'll just give a few seconds for secularist readers to withdraw quietly now they recognize that I actually am sufficiently nuts to think that demons etc exist.) I frankly don't know what to say about that: if one looks back at Catholic culture at its mediaeval highpoint, there is clearly a relish and enjoyment in the portrayal of the demonic. Is it better to avoid any mention at all? Or is it better to mention but with the risk of fascination? 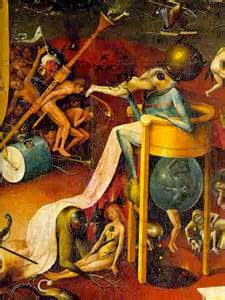 A mulling without any real conclusion. I go on reading horror stories and watching horror films, but sometimes with a slightly uneasy conscience. On balance, I'm rather in favour of Halloween and its popular celebrations provided that it's balanced by the proper celebration of All Saints' Day, All Souls' Day, and the remembrance of the dead in November. Spooky and a fascination for spiritual danger is probably as natural as a fascination with physical danger. It's the danger of a lack of a correcting balance from the theism of organized religion that leads to the problems.