Spinning straw into gold (or gold into straw) 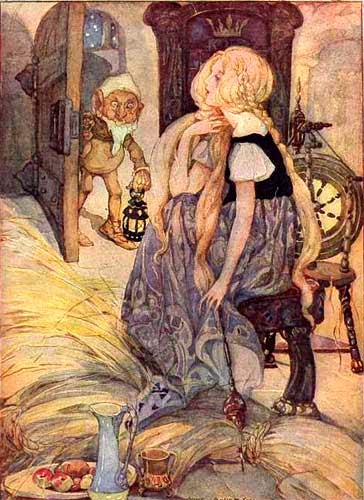 Definitely not a bishop on a pastoral visit

About this time in the year, I find myself heartily sick of my own voice (and thoughts): I pity those who have to listen to me without the (slight) comfort of actually being me.

Aquinas is supposed to have compared his work to straw after a mystical experience. I suppose the usual way of understanding this remark is that everything looks rough in comparison with a glimpse of heaven. But it might be taken as simply sober reality: 99% of our time is spent with straw, and there is nothing much to be done or complained of about that. So I comfort myself with the thought that my strawiness is simply the human condition rather than some particular failing of my own, and that even straw has its place in the world.

Countercultural Father's (as usual excellent) take on Bishop Conry reminded me of the mood which settled on me after the Cardinal O'Brien affair. It's less the one off failing of this or that particular priest which is so dismaying, but the suspicion that it is in some sense typical: that the failing of a particular bishop is part of a wider and general failing in the Church. And when you add to that worries about (shall we say?) the moral fibre of the papacy or the Synod on the Family, it is very easy to start seeing the modern Church as rather more strawlike than it should be.

Being a nasty, petty minded Anglo-Saxon empiricist, I tend to avoid the longue durée. But I think there's at least something to be said for seeing the Middle Ages as being a constant struggle by the Church to hold out for the true, the beautiful and the good against a bunch of murderous Germanic warlords. If seen from the point of view of a handful of missionaries plonked in the middle of societies that regarded rape and pillage as the height of workaday fun, the Middle Ages seem less a period of sad decline and stagnation between the Glory of Rome and the Renaissance, and a really quite remarkable triumph of patient, Godly persistence in the face of a world of brutality.

And fast forward to the twenty-first century. For all the (correct) cavilling about whether or not we live in a Christian society, in substance, it's clear we don't. Catholicism is a handful of missionaries in a society of Hottentots. (I apologize to Hottentots.) That its successes are few, that many of the 'converts' are lukewarm and sneak off to their ancestral spirits, that many of the missionaries give up and take on the colour of the society about them: this is all to be expected and can be mirrored by similar histories of similar missionary endeavours. Just as the mediaeval Church took on many of the bad habits of the warlords, so the modern Church has taken on the bad habits of the lotus eaters we live among (and indeed are). That isn't an argument for complacency in the face of backsliding and inadequacy, but it is an argument for resolute persistence. All flesh is straw: God makes it into gold. (And we do our best to turn that gold back into straw.)

The only really remarkable thing is that, if you look, you do still find gold. The Catholic intellectual who succeeds in retaining his integrity in a secularized academy. The Catholic musician who succeeds in bringing the transcendent to an audience drugged on love ditties. The Catholic mother who fights to keep holiness in her family. And -not as uncommon as it should be really if we were going by earthly probabilities- the priest who, day after day, really does incarnate Christ for his flock.

Most of us are straw, most of the time. But not everyone, not always. And that's the surprise.
Posted by Lazarus at 06:51