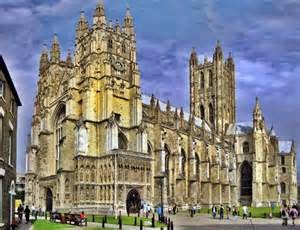 My (immediately) previous post on the Mosque/Cathedral/Mosque-Cathedral of Cordoba produced some helpful responses online (and off) which probably helped me see more clearly part of what I was driving at.

The problem with the article from The Guardian is that it gives the overwhelming impression that the Catholic Church was acting unreasonably. (That of course is an impression that the Guardian's readership would doubtless already incline towards before reading the article.) As such, it does very little to move the readership's understanding of religion/politics beyond where it already stands: instead of deepening understanding, it simply confirms an existing understanding by slanting the evidence.

That problem sits within a more general problem with reporting politics: a greater emphasis on politics as a day to day party struggle rather than a longer term and deeper question about how to run society. It's similar to the domination of much economic coverage by the day to day movements of the markets, and much less by the deeper underlying economic issues. That problem is particularly difficult in Scotland where a (comparative) absence of think tanks, journals and university involvement has led to the domination of campaigning politics with only the thinnest foundation of deeper but still applied political thought to back it up.

Perhaps the key difference between what I might term 'political thought' and 'campaigning politics' is that the former tries to understand while the latter tries simply to win. Of course, if you are an anti-clerical leftist, campaigning politics would encourage you to paint the Church as a bunch of unreasonable fools trying to wreck the tourist industry. Of course, if you are a 'No' campaigner, the SNP are a bunch of feckless (National) Socialists with a personality cult (but where the leader is embalmed in the Palace of Westminster rather than the Kremlin). The increasingly hysterical outbursts from the Scottish Secular Society are all based on the tactic of making the alternatives unthinkable: of course, secularism is the only way to run the state.

I suppose it's probably unreasonable to expect The Guardian to veer more towards the 'political thought' side of the disjunction particularly on the place of religion in society. But it's a pity. Of course, a site like the Cathedral of Cordoba is going to be contested. Of course Muslims and anti-clericalists and Catholics are going to have different interpretations of its history and of its current status. I don't know how you resolve those tensions, indeed, I'm sure you don't: you live with them. But I think there are at least two key possibilities that are important tools which help and which are often overlooked. First, there is doing nothing. I'd encourage everyone involved here to do nothing: clearly there has been some sort of modus vivendi achieved up till now and I'd encourage everyone at least to think about letting sleeping modi lie. Secondly, there is regret. It's easy to underestimate how much Catholics in the UK do regret that our churches were ripped out of our hands. It's easy to get whipped up about it. But rather than starting a campaign for Canterbury Cathedral to be renamed the 'Heretical Tabernacle-Cathedral Church of Canterbury' (thus doing justice to both its many-layered history and Catholic/Protestant viewpoint) far better to moan silently and make feeble jokes (like the one just made) and try instead to find ways of not letting a potential sore point stop Anglicans and Catholics living together in fruitful co-operation.

To do that, however, requires the desire to understand rather than win as at least a starting point. I know that Anglicans have a different view of history and a different understanding of the status of their Church. I think they're wrong, but then they think we're wrong. That's what politics is like: learning to live with disagreement. As I ended the previous post:

Where you stand on those issues will no doubt depend on where you are coming from. Fair enough. But absolutely nothing is gained in an area of great sensitivity by pretending that one party is acting irrationally: living with this sort of dispute is only possible through making a serious attempt to understand the other points of view involved.