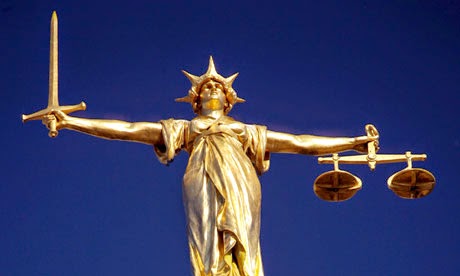 I held back from commenting immediately on the murder of the journalists in Paris in part because I knew I'd get the tone wrong if I said anything immediately and in part from a feeling of nausea at how many commentators were hitching this or that bandwagon to the event. Fundamentally, it's about human beings having their lives violently snuffed out and perhaps the only totally satisfactory immediate response is sorrow and prayer.

With a bit of distance, perhaps it's possible to start drawing necessary distinctions. #Jesuis Charlie is fine as fighting talk, a quick and necessary way of showing solidarity with the victims. But as reflective political commentary, it's inadequate. 'I am not Charlie': I don't like its brand of satire; I don't like its crudities. I don't think it adds to democracy to shriek at your opponents. 'Free speech is the foundation stone of democracy': well, some (large) amount of free speech is a foundation stone of democracy, but that isn't the same as having the right to say anything that pops into your head. Civility is also a foundation stone of democracy. So is restraint. So is the exercise of rationality. So is not alienating large  numbers of your fellow citizens who happen to be of a different Weltanschauung. (Yes, I do primarily mean Muslims.)

'Islam is...' A lot of things apparently. '...the problem.' We shouldn't have to worry about placating them or worrying about Islamophobia or backlashes. We need to arm up and fight them. (And what? Bomb Southall?) Do something about the fifth column. (Send them back to Birmingham?) If you must say that Islam is the problem, then I suppose you must so long as we can also say that secularism and legal positivism are the problem. But I don't see how it helps either analysis or solution, certainly in the short term.

The murders in Paris changed nothing: that's part of the tragedy. Terrorism has been a feature of twentieth century Western democracies whenever we've paused fighting continental wars. 'The Troubles' (as one of my children remarked recently, is that supposed to be an example of British understatement?) killed over 3,500 people in roughly thirty years in a population of roughly two millions. And you can add to that the Red Brigades, Baader Meinhof, ETA etc etc. Undoubtedly, the current situation in the Middle East with IS looking to establish some sort of regional Caliphate is new. But we've only just emerged from a generation who, often with good reason, daily expected to be incinerated by a global nuclear war between the Warsaw Pact and NATO.

One of the cornerstones of democracy (not sufficiently mentioned in recent days) is the rule of law and the use of force by government through a disciplined army and police force. It is fortunate that, whatever else has been dismantled since the 1960s, both France and Britain possess professionally trained men and women in these institutions with an ethos of public service that will, in extremis, allow them to lay down their lives for others. The main achievement of civilization is the restraint of stasis, the restraint of civil unrest which allows people to pursue the good life. The main question since Wednesday is what needs to be done and what can be done to prevent terrorism from undermining civic stability without wrecking the possibility of living well, particularly in the areas of privacy and liberty. That is, for the most part, a question of policing and intelligence methods, but also needs deeper (and continued) reflection on the nature of politics. It's there that I worry that the fetishization of one element at the expense of all the others -liberty or freedom of speech or the preeminence of satire- distorts the complexity of democratic culture. As I have said before, there is politics as campaigning, fighting talk, where such slogans or fetishization serve an immediate rhetorical purpose. But that needs to be supplemented by reflective thinking that aims at the truth in politics rather than momentary effectiveness or the mobilization of the public.

If I have to have a hashtag at the moment then #jesuislaloi would be my best bet. That's law which both controls stasis, but which also reflects ethics (ie natural law). Frankly, I wouldn't defend to the death the right of satirists gratuitously to insult people or beliefs, particularly if that right is bought at the cost of cheapening public discourse and coarsening society. But I would defend to the death their right not to be murdered. And the solution to that is primarily a question of policing. 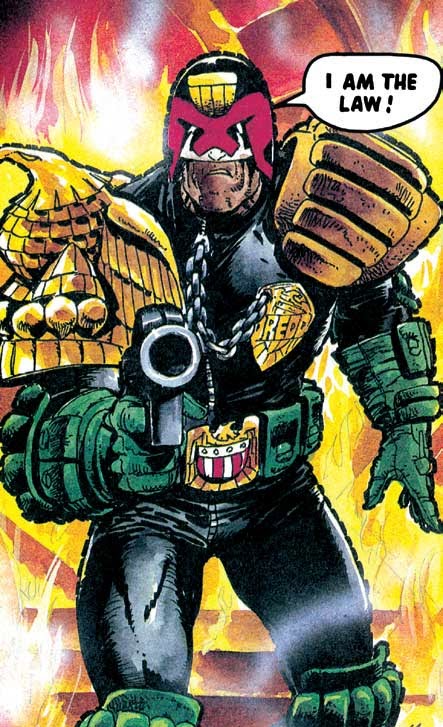 Originally considered this as picture, but felt it didn't quite convey the sense of impersonal, rational justice required...