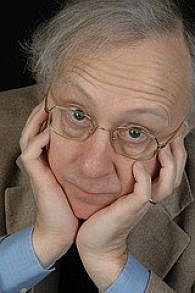 As part of my services to alliteration, I'm going (until I get bored anyway) to institute Pierre Manent Wednesdays in which I'll excerpt and perhaps comment on some of his writings. He strikes me as one of those Catholic thinkers who should be better known in Scotland and the rest of the UK. (Admittedly a long list...)

The 'Contemporary Thinkers' website gives a good overview of his work here.

I don't claim to have any particular expertise in Manent's thought: indeed, one of my reasons for doing this is to force me to engage more seriously with his work myself. If I had to give a rough idea of why I think this might be worth doing, I'd suggest:

1) He appears to be utterly orthodox in his Catholic belief and practice and yet sensitive to the way that religion, politics and philosophy are not always easy bedfellows.

2) He is realistic about the difficulties globalisation brings to Europe without fantasising about the possibility of undoing existing conditions.

3) Whilst sympathetic to 'identitaire' concerns about preserving French culture, he has a deep appreciation of American political thought.

Anyway, let's kick off with an extract from an autobiographical collection of interviews Le Regard Politique. (There is an English translation Seeing Things Politically but I'll be using my own (imperfect) translations from the French.)

On the distinction between compassion and charity:

It is true that democratic feeling, compassion for your fellow man, often produces the same actions as charity. The perspective, however, is radically different. Fellow feeling is a subtle development of self love. Because I see him as my fellow man, I identify myself with my fellow man who is suffering and therefore I want to rid him of his suffering as I would want to be freed from mine. At the same time, of course, compassion supposes that I do not suffer myself. My moral imagination needs, so to speak leisure, needs to have some room so that it can pay attention to the suffering of others. If I am suffering myself, at least with a certain intensity, this ability is taken away from me. And as Rousseau, to whom we owe the most rigorous analyses of humanitarian compassion, emphasises, even the most sincere compassion carries with it, along with the identification with the other suffering person, the satisfaction and pleasure of not suffering oneself.

Charity is completely different. In the strict or fullest sense of the term, it's a disposition, a virtue that human beings cannot acquire or produce by their own efforts. Technically, if I might venture to put it like this, charity is God's own love, the love with which God loves human beings and, in the first place, the love with which God loves himself in the trinitarian exchange. Therefore, in the true sense of the term, a charitable person is someone who shares, by the grace of God, in the love of God. That's a theological definition so we can put it aside for now. But even if we regard this disposition from a simply human point of view, we can see that charity involves aspects that distance it from democratic compassion. Charity, in effect, ignores the return to oneself which belongs to the life of fellow feeling, because charity doesn't involve an identification with the other suffering person, or a feeling of satisfaction and pleasure in not suffering oneself.

Putting aside any deeper analysis here, the identification of the element of self love and pleasure in one's own state in compassion strikes me as insightful into much of what passes for altruism in modernity. Virtue signalling is a clear instance of this. Moreover, much of the progressive commentary on the refugee crisis assumes an incredibly patronising stance: much of it is shot through with a sense of our home as a secular heaven to which we delight in inviting those we choose. Manent's contrast of compassion with the rather more objective and detached charity does hint at the appalling sentimentality that dominates many discussions of beneficence.
Posted by Lazarus at 14:14