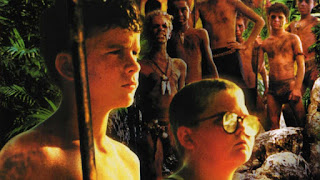 The never ending guerilla campaign of the various septs of Clan Atheist to undermine religious schooling in Scotland continues.

The latest surge focuses on allowing 16-18 year olds to opt out of acts of worship off their own bat:


A consultation is to be held on whether older pupils should be allowed to opt themselves out of religious observance in schools, the BBC has learned.
All young people in Scotland need parental permission to withdraw from religious activities like assemblies.

The Humanist Society of Scotland (HSS) was seeking a judicial review of that policy for older pupils.
The Scottish government is now to consider revising guidance to head teachers.

Religious observance must take place in Scottish schools at least six times a year.
In England and Wales, sixth form pupils - normally aged between 16 and 18 - have the right to make their own decision about opting out.

I confess that up till now, I'd rather naively assumed that the thrust of this campaign was directed at non-denominational schools rather religious ones (ie in Scotland, essentially Catholic). Although I'd lean towards keeping matters as they are even in non-denominational schools, my enthusiasm is tempered in this case by a realisation that, generally, this probably means subjecting youths to the inanities of modern Jesus-lite Presbyterianism. (But, broadly, better that than nothing. A previous post on a related issue probably gives a good sense of my views. My previous suggestion that such non-denominational waffle should be replaced by cultural sessions of metrical psalms and readings from the Authorised Version of the Bible doesn't seem to have many takers either. Shame.)

However, judging from the BBC Sunday Politics Scotland (here: after 1.01) this is also or even primarily directed at Catholic schools. Specific mention is made in the programme of the incident in Motherwell where fifty pupils didn't bother to turn up to an annual Patron's Day Mass (earlier report here) and were punished accordingly. Allowing pupils to opt out of Catholic worship in a Catholic school undermines that school's ability to provide a Catholic ethos. Whilst you're free to regard us Catholics as a bunch of iron age goatherd worshipping paddies or whatever, if you're going to allow us Catholic schools, then you have to allow us the right to run those schools as Catholic schools. And here, unlike the more difficult to resolve issues on, say, the teaching of a Catholic sexual morality at odds with the common-or-garden secular version, this is simply the basic, minimum standard of a Catholic ethos: worshipping God.

Anthony Esolen makes the point about the Mass's centrality to Catholic understandings of social order in his book, Reclaiming Catholic Social Teaching, referring in particular to the teaching in Leo XIII's Mirae caritatis:

This Sacrament, whether as the theme of devout meditation, or as the object of public adoration, or best of all as a food to be received in the utmost purity of conscience, is to be regarded as the centre towards which the spiritual life of a Christian in all its ambit gravitates; for all other forms of devotion, whatsoever they may be, lead up to it, and in it find their point of rest. In this mystery more than in any other that gracious invitation and still more gracious promise of Christ is realised and finds its daily fulfilment: "Come to me all ye that labour and are heavily burdened, and I will refresh you" (St. Matt. xi., 28).

15. In a word this Sacrament is, as it were, the very soul of the Church; and to it the grace of the priesthood is ordered and directed in all its fulness and in each of its successive grades. From the same source the Church draws and has all her strength, all her glory, her every supernatural endowment and adornment, every good thing that is here; wherefore she makes it the chiefest of all her cares to prepare the hearts of the faithful for an intimate union with Christ through the Sacrament of His Body and Blood, and to draw them thereto. And to this end she strives to promote the veneration of the august mystery by surrounding it with holy ceremonies.
Undoubtedly, the atheists will regard this as so much nonsense. Unfortunately, it is our nonsense, and if we are to be allowed to run schools to promote a Catholic ethos, the Mass should be at the heart of those schools. If pupils can't accept that, they should leave the school. (And the choice of leaving or staying at a school is one for parents, not children.)
But of course, the real question, to which these are but preliminary skirmishes, is whether we are to be left to run schools...