Delay on nu-marriage in Scotland 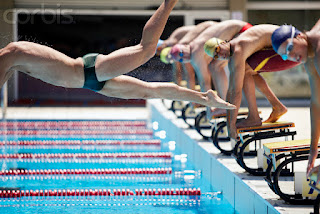 
The expected decision today of the Scottish Government to introduce same sex nu-marriage has been delayed until the end of the month, whilst Cardinal O'Brien's suggestion for a referendum has been clearly rejected:


A government spokesman, speaking after a cabinet meeting, said the issue was a matter of conscience, not constitution.


He said a decision on whether to bring forward a bill on same-sex marriage would be made before the end of July.


Members of the cabinet met in Edinburgh to discuss the issue.


After the meeting, the spokesman said: "This is an important issue and it is right that cabinet takes the time to get both the principle and the detail of the decision right.


"During the discussion, recent calls for a referendum on the subject were carefully considered. However, cabinet views this as an issue of conscience not constitution.


"Given that if a bill is brought forward it should in the view of the Scottish government be determined by a free vote, cabinet has concluded that a referendum would not be appropriate.


"Cabinet has now asked a cabinet sub-committee, led by the deputy first minister, to further examine some particular issues of detail before a final decision is reached.


"We remain committed to publishing the consultation responses and our clear decision on the way forward before the end of this month." (BBC)


Can't say I'm surprised about the rejection of a referendum: although (as I've argued in my last post) it would be an appropriate way of dealing with such a profound alteration to the nature of society, it was always unlikely that the SNP would be willing to further confuse the independence referendum by running another highly charged campaign on nu-marriage.

The establishment of a sub-committee (apparently with Kenny MacAskill -Cabinet Secretary for Justice- and Mike Russell -Secretary for Education) suggests that the key issues of the legal effects of nu-marriage on the ability of the Church to carry on its mission particularly in  Catholic schools (the potential legal problems with which were recently highlighted by counsel's opinion) might at last be being taken seriously.

Well, we'll see. But given the rather simplistic nature of the public debate in Scotland up till now, any sign of some sensitivity (even if ephemeral) to the mess nu-marriage will cause is welcome.
Posted by Lazarus at 14:50