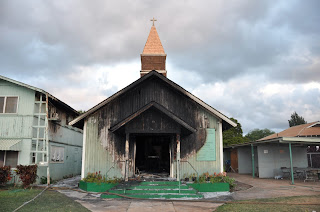 
Based on my absolute ignorance of any relevant details, the appointment of Monsignor   Cushley as Archbishop of St Andrews and Edinburgh sounds like a good choice: in particular, his status as a Scot who is sufficiently distant from the Old Spanish practices of the Scottish Church to view them with objectivity seems to strike the right balance between the local and the universal Church.

The secular media in Scotland seem keen to offer their helpful advice to the new Archbishop. The Scotsman's reaction was fairly typical:


The issue is primarily one of tone. But a more realistic appreciation of the role of the Church in contemporary Scottish society might also be worth considering.

Homosexuality is, perhaps, a useful example. The vituperative language used by senior clergy in the debate about gay marriage has shocked many lay members of the faith, and some clergy, too.

Of course, the Church has its doctrines. But the Church also has a duty of pastoral care to all Catholics, including gay Catholics who might understandably have felt under siege as this debate has developed.

There must, at best, be a question mark over whether that duty of pastoral care has been honoured in some of the highly inflammatory language used by senior clergy in this debate.

Many ordinary Catholics – perhaps more than the Church hierarchy would be willing to admit – are relaxed about the issue of gay marriage in secular Scottish society. And many are, frankly, dismayed at the apocalyptic tone struck by some senior clergy in discussing this proposed legislation.

Mgr Cushley might be wise to ask himself if a less hectoring tone might be in order. Perhaps, in public pronouncements, he will consider taking his lead from the tone set by the new Pope. In the short time he has been Bishop of Rome, the statements to date from Pope Francis have been characterised by a refreshing new sense of humility, both in terms of himself and his Church.

Let's focus on the 'gay marriage' debate. It's a perfectly reasonable question to ask whether the Church's strategy in that debate has been the right one simply on the grounds that we're not going to stop same sex 'marriage'. The strategy didn't work and we should learn whatever lessons can be learned from that.

But here's the rub. The Church thinks that it has the God given duty to proclaim moral truths to societies:

The Church, the "pillar and bulwark of the truth," "has received this solemn command of Christ from the apostles to announce the saving truth.". "To the Church belongs the right always and everywhere to announce moral principles, including those pertaining to the social order, and to make judgments on any human affairs to the extent that they are required by the fundamental rights of the human person or the salvation of souls."

The authority of the Magisterium extends also to the specific precepts of the natural law, because their observance, demanded by the Creator, is necessary for salvation. In recalling the prescriptions of the natural law, the Magisterium of the Church exercises an essential part of its prophetic office of proclaiming to men what they truly are and reminding them of what they should be before God. (paras 2032 and 2036 Catechism).


Unlike some strands of Protestantism which view themselves as a gathered people, separated from the pollution of those among whom they dwell and living in a special covenant with God, the Catholic Church believes that it is simply entrusted with the care of all humanity: it cannot let people go to hell in a handcart without doing its best to save them.

This of course makes Catholics troublesome neighbours, particularly in a society, such as Scotland, which has not been Catholic for around five hundred years, and which nowadays  is not really Christian either.

It's not easy to reconcile these high claims of authority and duty with getting a bunch of highly secularized political and media types to like you: there may be a 'tone' which will get through, but it's not obvious what that tone might be. I suspect that The Scotsman really means that Catholics should just shut up and be grateful that we're allowed to live in Scotland. Or perhaps that we should adopt the strategy of Father Ted and Father Dougal in simply going through the motions of a protest while letting everyone know that our hearts aren't really in it.

We're only having a larf, after all...

Archbishop Elect Cushley will of course be eagerly awaiting Lazarus's advice on how to resolve this dilemma. Frankly, I haven't the foggiest except that we need to keep trying to get the full religious depth of Catholicism 'out there' so that it doesn't seem that the religion is simply cobbled together out of a few old inconsistent prejudices rather than being a coherent worldview, and that we don't rely on just one style or tone of presentation: we need to aim for an octopus like effect where different tentacles work to find different gaps in the non-Catholic world's receptivity. Perhaps the biggest danger is less too harsh a tone than a lack of clarity. It's right to talk about the need to fully accept homosexuals as fellow human beings, but that can't be at the expense of articulating truths about human nature and society. In the end, a lack of clarity breeds confusion and expectations that, like many Protestant churches, the doctrine will eventually be changed. The disappointment and hostility that follows such misplaced hopes is, in the end, much more damaging to the Church than the perception that we're a bit nasty.