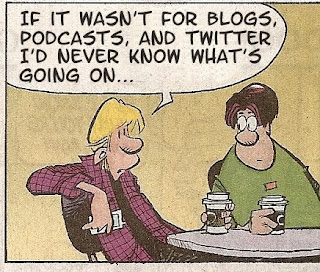 After a welcome lull in the 'excitement' about same sex 'marriage' in Scotland, the publication of the  Marriage and Civil Partnership (Scotland) Bill has livened up the debate here again. The fruits of that have been seen in some of my recent posts and in the letters columns of newspapers. Frankly, given the near unanimity of the political classes here in favour of its introduction, it's going to happen and the only question is how the debate is conducted (anything too bloody or too much of the triumphalist 'let's slap the homophobic bigots down' and it's certainly going to impact on the independence referendum) and whether there'll be anything like a serious attempt to provide protection for dissenters (see eg  A Grain of Sand's comment on the Faculty of Advocates worries in this area (the full response by the Faculty can be found here as a PDF)). Anyway, no doubt more of this in due course....

In trawling round the internet for inspiration in angustiis, I've come across a number of blogs by orthodox Catholics who identify as homosexual. These aren't blogs by the 'queering the Church' crowd who think that in some way they're going to change 2000 years of Catholic theology and philosophy, but blogs by people who are both serious about their religion yet honest about their struggles to live and think it out. There are others, but the following US blogs at least deserve a wider audience this side of the pond. There are doubtless some posts in them I wouldn't endorse: there are even some posts on this blog that I wouldn't endorse. But I found them compelling reading.

Mudblood Catholic: In his own words:

I am a gay Catholic nerd. I have trad tastes (going to an Anglican Use Catholic parish) and I love music and literature, ancient, medieval and modern. I have a degree in Classics, and get paid to snark across an espresso bar.

Beatus Homo: Again, in his own words:

I am a gay, celibate Catholic man who is seeking to provide a comprehensive analysis of natural law as it applies to sexual morality, especially homosexuality. I hope that my personal experience with this issue can help readers better understand the underlying philosophical issues at hand and the significant difficulties homosexuals face.

(Some of the combox discussions on this blog are particularly good.)

Sexual authenticity: Melinda Selmys has been quite a public face in the US Catholic world for a while now (I first came across her on EWTN where she struck me as both particularly smart and pleasingly acerbic.). In short? Atheist lesbian becomes Catholic mother. But that doesn't do justice to her. Perhaps this description of her struggles with her first book provide a better introduction:

We worked quite a bit to get the back-of-the-book text into a form that would suggest that this wasn't the standard sappy-clappy ex-gay conversion testimonial. For some reason, though, this standard keeps cropping up in various places.
For example, the first time that I did a radio interview to promote the book, I was strangely disappointed at the end of it. It took a couple of minutes thinking to figure out why; then I realized that I had been somehow or other guided into giving that standard testimonial. The "I felt God calling to my heart, and then He made me straight. Ain't Jesus wonderful!" story. Blech.
I'm not sure why, but for some reason Catholic publishers, radio hosts, etc. seem to be under the impression that modern Catholics want to hear this kind of rubbish. There's a sense that the streamlined, perfect, all-to-easy, glowing reparative therapy tale is going to be "edifying" to any poor sodomites who happen to tune in.
The reality, of course, is quite different.