We shall fight them in the combox.... 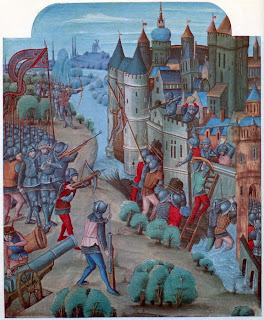 I started this blog about eighteen months ago in part as a reaction to having spent far too many hours scrapping in comboxes with various opponents over topics such as Pope Benedict's visit to Scotland and assisted suicide. My thought was that it would be better to put much of my output into a more stable form on a blog, where I would also be able to put up pieces of a greater length which were not ad hoc reactions to current events. With the approach of same sex 'marriage' legislation and the Independence referendum I could see that the need for Catholic commentary would be increasing and I didn't really think that combox scraps were the best way of reacting to this need.

Well, I think broadly that was right, but I do still get stuck into the comboxes occasionally. The Catholic Herald tends to attract mobs of single minded Dawkinsians who descend on the website at odd intervals to explain, belligerently or with sad condescension, that Catholics are a bunch of deluded/moronic sheeple, and, if only we could be troubled to read chapter 4 of The God Delusion, we'd realize that everything we'd ever read in Aquinas or MacIntyre or Anscombe or Geach or Haldane or Finnis was well wrong and we'd be able to stop ruining the world and have better sex instead.

Now, there are a number of issues relating to such mobbing. Should it be ignored or responded to? If we should respond to it, should we respond nicely or should we respond aggressively or sarcastically? Many academic studies of cyberreligion emphasize nice post-mo things such as fluidity and interractivity. But there's also a place for looking at much cyberreligion as being characterized by rather more un-PC metaphors such as 'besieging', 'colonization', 'territory' and 'invasion'.

It's perhaps not totally unexpected that an orthodox Catholic tends to see the world, even that very modern online one, in terms more appropriate to the Middle Ages than to postmodernism. But the behaviour of cyberatheism is very difficult to describe in any other ways. Perhaps because I was an atheist and perhaps because I've left my basement enough to encounter a few people, I don't think I've ever thought that the lines between religion and atheism neatly follow the lines of thick/smart, uneducated/educated. If I were ever tempted, as an atheist, to think that all Catholics were bead rattling old ladies, then my illusions didn't last much beyond the first few pages of wrestling with Anscombe. Or if now I delude myself that atheists are simply Dawkinsian blowhards, reading (say) Bernard Williams would quickly put me right. This strikes me as so obvious, that it's very tempting to dismiss the plagues of frankly pretty moronic comments that appear on the Catholic Herald site as simply the usual noise of the internet, and to ignore them.

So, on the one hand: the comments are silly, ignore them just as you ignore the drunk shouting on the top of the bus. But on the other....

I'm not sure that the internet can be described without using spatial metaphors. And given that, some parts of it seem like home. There are some sites which I think of as my own or as part of a close family relationship: when, for example, I visit the Catholic Herald site, I expect to meet like minded people looking at articles of interest to us both. If I visit the Dawkins' Foundation for Sniggering at Sky Fairies, it's a bit like walking into a pub in a strange, rather rough side of town: if I'm polite, quiet and drink my pint with reasonable haste and leave, I might escape without getting a kicking. (But probably won't.) And then there are other sites, like The Scotsman, which are public space and, even, space where a certain ritualized agon is expected.

As home territory, I don't really like it when hordes of ill mannered oafs barge in and start vomiting over the furniture. Sometimes, prudence may involve withdrawal, but, in principle, there doesn't seem anything wrong in screaming angrily at them. That of course doesn't mean it's always a good idea. In particular -and this is something that disgruntled atheists often refer to when they meet a less than friendly welcome- is it Christian? And perhaps -and this is something I worry about rather more- is it effective in 'getting the message out there'? (If you   ridicule someone, is it likely that you're going to convince them of the plausibility of your beliefs?)

On the point -is it 'Christian'?- I see nothing in either Catholic theology or the history of the Church to suggest that sharp replies are not sometimes in order. As far as effectiveness is concerned, Ed Feser is particularly good on this:

There are, first of all and most importantly, a lot of people both on the religious side and on the fence who are so impressed by the absurdly self-confident rhetoric and apparent prestige of the New Atheists that they suppose there must be something powerful in their arguments, and this supposition will remain even after one has patiently explained the defects in their books. Sometimes, “breaking the spell” of a powerful rhetorical illusion requires equal and opposite rhetorical force (if I can borrow Dennett’s phrase). When you treat an ignorant bully arguing in bad faith as if he were a serious thinker worthy to be engaged respectfully, you only reinforce his prestige and maintain the illusion that he might be onto something. You thereby make it easier for people to fall into the errors the bully is peddling....

I also think people overstate the extent to which atheist readers will be put off. Some atheist readers, sure. But there are also atheists whose confidence in atheism is largely sustained by the vigor and self-confidence of the people on their side coupled with the timidity, defensiveness, and halfway-apologetic responses of some people on the other, religious side. To see people from the religious side hitting back with equal force and exposing certain prominent atheists not merely as mistaken, but as ignorant and foolish, can shock some of these atheist readers out of their complacency.

In engaging with an increasingly secularized society with diminished numbers of Catholics, there is a temptation to turn to simplistic solutions: if we just do this or that, then everything will be all right. In reality, you have to do everything, engage in every way and in every place you can. Combox scraps, in one sense, are a relatively unimportant part of this engagement. But the alternatives to them are, I think, even worse. If the comboxes of a  Catholic newspaper either become so stuffed with unanswered Dawkinsian attacks that they become unusable for the exchange of Catholic views, or give the impression that such attacks are unanswerable except by the silence of dumb faith, then that is quite an important surrender. If they become so heavily moderated that no dissenting voice from Catholicism is allowed, then that too is, in effect, a suggestion that Catholicism survives only by exertion of brute power rather than by its attractiveness to the human search for truth, goodness and beauty.

In short, I don't see much alternative to the status quo: gruelling exchanges where millions of key strokes are sacrificed over small advances and small retreats. Where young men sacrifice the finest years of their lives to RSI, a diet based entirely on nachos and tepid Dr Pepper, and the resultant ravages of acne. In the Middle Ages, the protectors of Christendom were the Military Orders. Are Catholic keyboard warriors their proud modern successors? 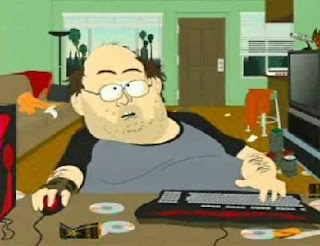