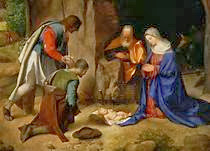 What's this got to do with Christmas?

Whatever the liturgical calendar says, in cultural reality, we're slap bang in the middle of the Christmas season. And that means, for parents, trooping around end of year concerts. (All of which, in case any of my children are reading this, are extremely enjoyable!)

This must be a tough time if your a secularist. Well, not necessarily, I suppose. Since 'secularism' is incredibly ill defined, I suppose you could be one of those very religious Christians who just believe in some sort of exclusion of religion from the public sphere that the various secularist clubs always boast of having as members. But judging from Secular Scotland's twitter stream and website, most of its members regard religion as a bad thing, and that's why they want to drive it out of the public world.

I had a slight epiphany reading Jacques Berlinerblau's article (reblogged here by the New Oxonian):

My guess, however, is that the majority of American nonbelievers are not bent on abolishing religion. Their (legitimate) gripe is only with the most power-mad and theocratically inclined forms of religion. If permitted to find their voice (and if ever approached by the media) I think they would not express a desire for religion to disappear but aspire for a much more modest goal: freedom from religion.

It's probably symptomatic of my dumbness, but I hadn't thought of secularism like this before. I'd tended either to take seriously their claims that they were only interested in separating religion and the state (in which case I was very much underwhelmed by the quality of their arguments); or I assumed that 'secularism' is simply one of the public faces of New Atheism and their real aim is to make religion disappear (and although I still think this sums up most of the reality of the secularist clubs, it doesn't quite do them justice). But if you just think of your common-or-garden atheist or agnostic, they probably just don't want to be bothered with religion: they want to be free from it in the same way as I would like to be free from chuggers or 'Ted' phoning from some call centre in India to try to get me to change energy suppliers.

Take for example the 'Secular Charter' which forms part of the Constitution of Secular Scotland:

g) The state does not engage in, fund or promote religious activities or practices.

If we are to take 'no role' or 'religious activity' strictly, then most of Western classical choral music is ruled out. Now, at least some of the concerts I have (and will) attend consist pretty much of Christian material: Masses, carols etc. If we are to take the Secular Charter at its word, then none of this should be financed by the state. Now, I suspect that, for at least the less lunatic among secularists, such performances of art music, even if Christian, are not that problematic. But if they are not problematic, it isn't because of any principle, but simply because they are willing to tolerate this in a way that they apparently are not willing to tolerate the equally harmless 'time for reflection': we are at the mercy of a fairly fluid and arbitrary sensibility here rather than any firm principled distinction between 'time for reflection' and singing the Creed.

One of the side effects of this deep rooted indeterminacy at the heart of 'wanting to be free from religion' is that it is my impression that non-Catholic state schools shy away from overtly Christian material in musical performance. Part of this is undoubtedly due to a general shying away from classical music in state schools. (But then that too is part of a cultural suspicion of anything written by dead white Christian men.) In any case, while voluntary choirs and private schools get to grips with the glories of the Western European musical canon -which is, with apologies to Secular Scotland, a predominantly Christian canon- non-denominational State schools are left with the occasional carol, and the fear that, when the wind blows again, some nutty secularist parent will be on the phone complaining that their precious darling is being brainwashed by having to sing about the Nativity.

Perhaps in a few years time, school choirs will be reduced to singing versions of The Killers' Don't Shoot Me Santa Claus. I think that's safely secularist enough: