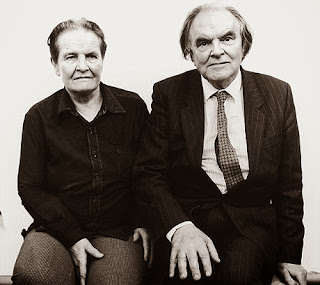 
As so often, you lift your head up briefly from the mince pies to discover the world has moved on a little and not in a good way.

The death of Peter Geach at 97 can hardly be described as tragic, but it does mark the passing of one of the great names of British Catholic philosophy. On a personal note, borrowing a (personally inscribed) copy of Geach's ( I think) Mental Acts from another Catholic philosopher sticks in my mind as a symbolic moment in my education, first, because it was further evidence of analytic philosophy's taking Aquinas seriously, second, because it was also further evidence of the sheer smartness of Catholic intellectual life, and, finally, because I thought it demonstrated extraordinary charity on the part of the lender to risk a cherished memento in the hands of a rather unreliable undergraduate. (A trust which, on that occasion at least, I didn't betray.) There is a sort of shadow of an apostolic succession in British Catholic intellectual life and much of it can be traced back through Anscombe and Geach.

Obituaries here (The Guardian) and here (Commonweal). From The Guardian, one of the better known anecdotes (of which there are many, some possibly true):

He and Anscombe were very traditional on matters of sexual morality, and in 1968 they toasted the Humanae Vitae encyclical, which forbade Catholics' use of contraception, with champagne. They were fairly liberal with their children, however, and dismissive of cleanliness or supervision. On opening the door to a policeman and a lost child, Geach shouted into the house: "Elizabeth, is it one of ours?" It was.