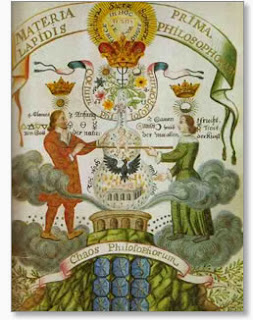 Still reading Foucault, and came across this:

Galen's analysis concerning the aphrodisia are situated within the ancient thematic of the relations between death, immortality, and reproduction. For him as for a whole philosophical tradition, the necessity of the division of the sexes, the intensity of their mutual attraction, and the possibility of generation are rooted in the lack of eternity.[ Care of the Self: part IV ch1]

Further evidence of this can be found in Aristotle:

every living thing is meant by nature to go through a cycle of growth, activity in its prime, and decay leading to death. The teleological, cosmological explanation of this is that everything aims to imitate the Prime Mover in its eternal felicity insofar as it is able; but no composite, and therefore nothing composed of body and soul, can remain in existence as an individual for ever. Yet composite things can exist without end as a species ('numerically mortal but generically immortal'), thus individuals in a species of living things are meant to succeed one another in an endless cycle.[Here.]

Catholicism is familiar with the idea that sex (both in terms of the activity and the genders) has theological implications from Von Balthasar and the Theology of the Body. But both Galen and Aristotle remind us that the general sense that sex has (roughly) transcendent implications was spotted without revelation. Even in post-Christian culture, we have (eg) alchemy, Schopenhauer and D.H. Lawrence regarding sex (and the differences between the sexes) as somehow having cosmic significance without reference to specifically Christian beliefs.

Whether you regard such views as rooted in the hardwiring of the universe, or as part of that imaginative Lebenswelt which has been formed by Western culture, the gradual erosion of that heterosexual gaze in favour of a homosexual one which downplays the importance of those sexual differences is at least a profound change and, from a Catholic perspective, a profound loss. It's interesting that La Manif pour tous -the French organization which campaigned against the introduction of same sex 'marriage'- now seems to have switched its attention to 'Gender Ideology', or the ideological downplaying of the differences between the sexes.

Not much sign of that in Scotland, of course...
Posted by Lazarus at 01:50