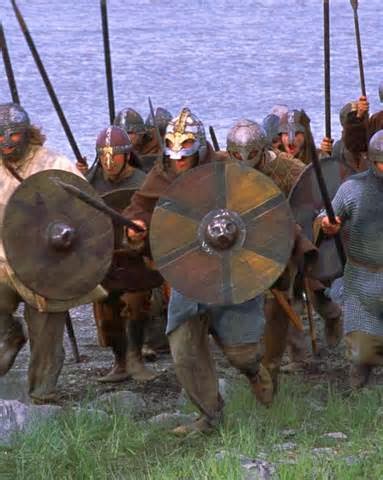 An early version of door to door evangelization: hang on to your test tubes!

The Renaissance Mathematicus's take on the New Atheist nonsense about religion's -and specifically Catholicism's- destroying science in the mediaeval period reminded me of something I'd been toying with blogging about for a while.

The various atheist conventicles in Scotland (and elsewhere) spend much of their time whingeing about (ie publicizing) cases where some hapless atheist infant has come into contact with some loopy Christian who's told the little darling that she's going to hell or that T-Rex had big teeth so it could eat gourds in the Garden of Eden. Now, I'd probably be as unhappy as any member of Secular Scotland if my children were being taught that God created the world in six twenty four hour time periods in 4004 BC, but I often wondered what I would actually do if it happened. I suspected that -unless this was the regular message of biology lessons, in which case I'd probably be up in arms- I'd let it go as just another piece of the white noise that children have got to learnt to navigate as part of growing up. Anyway, it hasn't happened yet because most Christians aren't idiots and follow the evidence where it leads. (And it doesn't lead to T-Rex chowing down on water melons.)

But I'd forgotten a far more common piece of irrational, evidence blind nonsense: the extended version of the Black Legend which has the Catholic Church as the destroyer of Western civilization. Child N came back from (high) school recently saying that one of the teachers had claimed:

Under Christianity in the middle ages, you were only allowed one book, the Bible, and you could only read this with a priest. The Christians burned all the other books and it was only the Muslims who tried to save these books.

Now, the teacher wasn't talking about their subject and wasn't (I'm fairly sure) a Muslim. Apparently when on their own subject, they're a good teacher.

When Child N had peeled me off the ceiling, we had a pretty good conversation about the transmission of learning in Byzantium and the West. (Fairly chuffed that my previous rants about the Church had payed off to the extent that they'd smelled a rat and had wanted to talk to me about it.) I then spent a rather self indulgent evening wondering which volume of mediaeval uncarbonized literature on my shelves would best prove my case if I flung it at the teacher concerned. (I ruled out the Summa on the grounds that a) although it might not strictly fit the story, the teacher might regard the survival of theological work sufficiently within the spirit of the narrative for a moral victory; and b) it's (or rather they are) heavy enough to kill. I dismissed the collected works of Chaucer (also potentially lethal) and the Battle of Maldon (far too light: would probably flutter off harmlessly). On balance, I think my German hard back of the Nibelungenlied has about the right balance of non-lethal heft, whilst making the moral point that not all mediaeval literature is religious.)

I didn't march up the school and complain: I do think, on balance, I'd rather have an education system where teachers feel fairly comfortable about chatting to their students. Put more shortly, I think teachers have the right to say idiotic things so long as they are normally competent. But, of course, the problem here isn't really that one teacher but rather a climate of historical ignorance that makes such a view plausible. A lot of New Atheists don't give a damn about the humanities including history, and they certainly don't give a damn about weighing up the truth about the Catholic Church (which basically means not giving a damn about Western history). People are (rightly) concerned when they hear that this or that school is teaching that evolution is simply false and the earth is only 6000 years old. But the everyday consequences of such views may be fairly limited. The consequences of a complete misunderstanding of comparative recent history -and of the modern institutions which resulted from it- may be much more serious and, certainly, appear to be much more widespread.


[Update: 16/814: Interesting that David Robertson has a similar story of atheist bigotry in his daughter's school:

My daughter was asked by her biology teacher about the 'genocide' in the Old Testament. I still haven't worked out what that had to do with biology! Thankfully she has parents who are able to set things in the context of the whole Bible. But what chance do most children have when they are faced with that kind of accusation (because let's not pretend it was a question)? Any attempt to answer that question within school will immediately bring down cries of 'evangelism, proselytism, religious bigotry'. Its not that we can't answer such questions. It's more that we are not allowed to answer.]