On not being sure what to say: parrhesia and the entertainment society 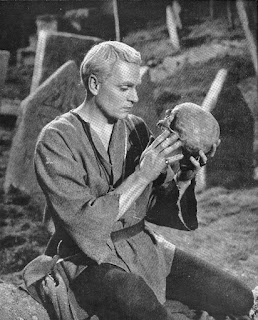 Watching the last episode of The Walking Dead, I was struck by how declamatory the acting had become: character after character would give a short speech revealing what they were thinking or just what their character was. This may well be simply a sign of writing that has lost its way, but nevertheless performance is, essentially, about making transparent characters: if someone or something cannot be observed by an audience, then it is not a performance. Even more subtle writing has to reveal in some way what a character is about, even if the character within the work is unaware of this herself.

I am increasingly struck by how our cultural world is dominated by the entertainer as paradigm. In particular, the concept of performance and transparency in speech dominates an awful lot of our interactions. Quite apart from explicit references, the concept of parrhesia seems to be behind much that we value online and personally. Putting aside more careful analyses, the idea of free and truthful speech is one that seems to serve as an ideal (we aim for it) and as a description (our speech is regarded as free and truthful and we are held to account on that basis). Twitter is particularly bad (or clear) here. Academics and commentators declaim certain truth; others are held to account on the basis of what they have said, quite apart from any protestations of other intentions or simple confusion.

And that's all rather odd because, in most of our lives, most of what we say doesn't express or reveal anything important about ourselves or the world. We mumble; we say things simply for the sake of saying them. We have no idea what we said and even less of why we said it. The daily currency of speech is less parrhesia as some ideal of authentic expression and much more the apology, forgetfulness and the shrug: 'What did I say? Good grief: I have no idea why I said that.' Part of what is going on here is the opacity of our selves to ourself: only in a society dominated by the idea of performance would that opacity be overlooked or wished away.

In Catholic practice, one of the chief ways out of the muddied self is through speaking revealed text: we find ourselves most truly ourselves by uttering, for example, the psalms in the Daily Office rather than expressing whatever feverish thoughts are clogging up our brains. Secular society ought not to recognise the possibility of inspired speech and yet it seems perversely committed to its existence and indeed its universality: we are all prophets; we are all authentic truth tellers -or at least, we should be held to those standards. But why? As Plato might put it, in the absence of divine inspiration (as in the Ion) or without the long, hard process of philosophical illumination (as in the Republic), why should we expect ordinary speech by the ordinary to be much more than empty sounds?

If this is anything like right, then we need a profound cultural shift, certainly online, but more generally, to taking speech lightly. Most of what is said, in most fora, is babble. To create worthwhile parrhesia is extremely difficult and part of intellectual life should be constantly to remind ourselves of this essential human failure. Instead, we seem set on a path where we forget the muddiedness of ourselves and the consequent muddiedness of our utterances, and instead strut around convinced of our transparency and the importance of our speech.