History of the world in a couple of paragraphs 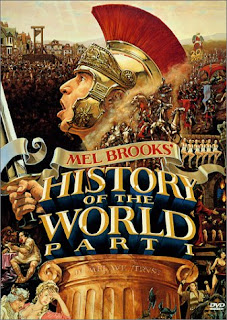 Bit bored, so thought I'd write a history of the world. Are you sitting comfortably?

God created the world, but human beings mucked it up (along with some uppity angels). Ever since then, it's all been about trying to get back to that original perfection.

Greeks couldn't do it: great ideas, but absolutely lousy about getting sewers in working order etc. Romans couldn't do it: they were great with plumbing but, from the moral standpoint, were rather too keen on experimenting with lions and arenas. Anyway, then the barbarians came along and it was really a matter of trying to hang on to whatever you could of civilization in a monastery whilst pagan tolerance was raping and pillaging outside the walls. Thanks to Christianity, the good bits of Greece, Rome and Germanic and Celtic barbarism were forged into something worthwhile which gradually oozed out of the monasteries into the surrounding societies. All great except that the modern secular West seems determined to undo all that good because it's rather too keen on experimenting with lions and, er, just about anything really... 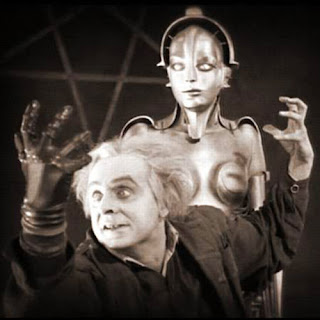 Anthony Grayling explains the advantages of extending marriage to robots


So that's the story of our natural goal: a gradual extension of knowledge and progress but with the threat of it all being undermined by human pride. Threaded throughout is the entirely ahistorical question of our supernatural end: the beatific vision of God. In some ways, nothing really happens there. God reveals himself to Abraham, the Jews know what they have to do, and then spend three thousand years occasionally doing it but more usually not. That's the constant, unchanging human background: whatever we do and whatever we do well, we muck up constantly unless we trust God. (And that means Christ as the pinnacle of the revelation of God.)

In sum: on the one hand, Catholic Christian culture with its blending of the best of the past of Greece and Rome as the best we can do on our own behalf; on the other hand, the only way we can maintain those efforts despite our best attempts to screw them up is by an absolute surrender to God and the constant repetition (as seen throughout the Old Testament) of that rhythm of acknowledging our failings and returning to God.

Put another way, Catholicism offers a picture of the world which does absolute justice to our real potential for good -for establishing order in ourselves and in the world through our reasoning- whilst at the same time taking full account of that fatal flaw which constantly brings our best efforts to naught.


I am an old man who has experienced much. I have
been a man of action and have fought for my King and
country at sea.
I have also read books and studied and pondered and
tried to fathom eternal truth.
Much good has been shown me and much evil, and the
good has never been perfect. There is always some flaw
in it, some defect, some imperfection in the divine
image, some fault in the angelic song, some stammer in
the divine speech. So that the evil still has something to
do with every human consignment to this planet of
earth.
Oh what have I done? Confusion, so much is
confusion! I have tried to guide other rightly, but I have
been lost in the infinite sea. Who was blessed me? Who
saved me?