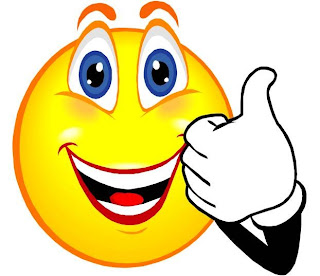 Those nice people at the British Humanist Association have been worrying about the reappearance of Section 28 (ie the now repealed legislation outlawing the promotion of homosexuality in schools) by other means:


45 schools continue to have sex and relationships education (SRE) policies that either replicate section 28 of the Local Government Act 1988 or are unhelpfully vague on the issue, the British Humanist Association (BHA) can reveal. Section 28, which said that local authorities ‘shall not intentionally promote homosexuality or publish material with the intention of promoting homosexuality’, was repealed a decade ago, and the BHA believes that all the schools concerned should urgently review their policies to remove offending statements.

It's tempting to point out to the BHA that removing a legislative ban on promoting homosexuality isn't the same as introducing a legislative duty to promote it. It's also tempting to wonder why all Roman Catholic schools aren't on the list since (presumably) the BHA might find the treatment in the Catechism not to its taste:

2357 Homosexuality refers to relations between men or between women who experience an exclusive or predominant sexual attraction toward persons of the same sex. It has taken a great variety of forms through the centuries and in different cultures. Its psychological genesis remains largely unexplained. Basing itself on Sacred Scripture, which presents homosexual acts as acts of grave depravity, tradition has always declared that "homosexual acts are intrinsically disordered." They are contrary to the natural law. They close the sexual act to the gift of life. They do not proceed from a genuine affective and sexual complementarity. Under no circumstances can they be approved.

2358 The number of men and women who have deep-seated homosexual tendencies is not negligible. This inclination, which is objectively disordered, constitutes for most of them a trial. They must be accepted with respect, compassion, and sensitivity. Every sign of unjust discrimination in their regard should be avoided. These persons are called to fulfill God's will in their lives and, if they are Christians, to unite to the sacrifice of the Lord's Cross the difficulties they may encounter from their condition.

2359 Homosexual persons are called to chastity. By the virtues of self-mastery that teach them inner freedom, at times by the support of disinterested friendship, by prayer and sacramental grace, they can and should gradually and resolutely approach Christian perfection.

But putting all that aside, I'd like to focus on this question of 'promotion'. It's often claimed that it's impossible to 'promote' homosexuality and that the ban on 'promotion' is simply a mealy mouthed way of encouraging homophobia. Peter Tatchell -as so often- sees the matter more clearly:


The homophobes are thus, paradoxically, closer to the truth than many gay activists. Removing the social opprobrium and penalties from queer relationships, and celebrating gay love and lust, would allow more people to come to terms with presently inhibited homoerotic desires. In this sense, it is perfectly feasible to ‘promote’ lesbian and gay sexuality and ‘make’ someone queer. Individuals who have a homosexual component in their character, but are inhibited by repression or guilt, definitely can be encouraged to acknowledge their same-sex attraction and act upon it.
Were future generations to grow up in a gay-positive, homo-friendly culture, it’s likely that many more people would have same-sex relationships, if not for all of their lives at least for significant periods. With this boom in queer sex, the social basis of homophobia would be radically undermined.
In this state of greater sexual freedom, where homosexuality becomes commonplace and ceases to be disparaged or victimised, gayness would no longer have to be defended and affirmed. Gay identity (and its straight counterpart) would thus, at last, become redundant. Hurrah!

Now Catholics are all into repression. There's a fundamental clash between a world view that sees our sexual desire as inherently unproblematic unless repressed and one, such as Catholicism, that sees it as fundamentally good, but twisted due to original sin. For Catholics, getting sex right is incredibly difficult (which is one reason why, when you find a Cardinal panting after priests or a male public figure self asphyxiating whilst dressed as Marilyn Monroe, there is a tendency to shrug it off as just a slightly odder example of something we all struggle with).

Peter Tatchell's vision of society is 'bonobos in paradise': getting off with whomever and whenever feels good. The Catholic view (plus or minus a few nuances) is of sex as something that constantly needs restraint:

2342: Self-mastery is a long and exacting work. One can never consider it acquired once and for all. It presupposes renewed effort at all stages of life. The effort required can be more intense in certain periods, such as when the personality is being formed during childhood and adolescence.

2343: Chastity has laws of growth which progress through stages marked by imperfection and too often by sin. "Man . . . day by day builds himself up through his many free decisions; and so he knows, loves, and accomplishes moral good by stages of growth."

The only sexual activity that should be promoted in a Catholic (or any other) school is none (celibacy) or procreative (within a proper marriage). That's tough for all of us, straight, gay or queer. Someone with predominantly homosexual desires has a slightly different path to walk from someone with predominantly heterosexual ones, but it's not that different (and in some ways it may even be easier in avoiding some of the distractions from our supernatural end that our society's distorted view of 'normal' heterosexual coupledom can promote).