Thomism and system: getting the whole picture: 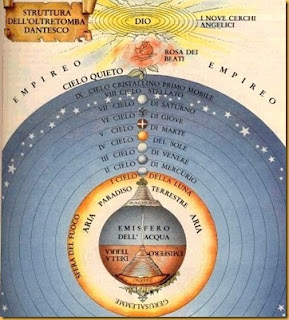 In our own age, Thomism has become one of the only plausible contenders left that  offers an authentic vision of the  sapiential  unity  of human knowledge  amidst the diversity of  university disciplines.  Politically, our situation is one of cultural disenfranchisement, to be sure. We are complete outsiders, an underground movement frequently unwelcome in the university. But the rivals who today are offering either the Church or the modern world a plausible narrative of  the intellectual life are diminishing and are not having such an easy time themselves. As a Dominican friar of the Toulouse province said in the 1970’s during an episode of particular turmoil: “Brothers, things are bad here, but by the grace of God, they are worse elsewhere.” If your goal is to win over the larger culture today, inside the Church or outside of it, it is not much easier today to be a Kantian, a Balthasarian, a Marxist, a logical positivist or a Derriddian, than to be a Thomist. In this heterogeneous landscape, there is an increasingly level playing field, and in that case its not bad to have Aquinas on your team.

One of the oddest things when reading a neo-Scholastic manual is the insistence on system. For example, Harper's The Metaphysics of the School (pp. liv-v) (published 1879):

Hence it comes to pass, that our modem Metaphysics is a thing of shreds and patches ; — here a Logic, — there a sort of Psychology, — in another work, an Ideology, — sometimes an essay on causes, — or a dissertation on final causes,— or a discussion on the primordial constituents of primordial substance. There is no order or completeness, but a general disintegration; and the disintegrated parts receive their respective names in token of their individuality. Accordingly, we read of Teleology, Aetiology, Morphology, and other imposing clones without number, which remind one of Job who  'openeth his mouth in vain, and multiplieth words without knowledge.'

The simple fact is, that the educated men of our time, owing to the prepossessions which they have imbibed from their cradle and to the specimens of philosophy which have fallen across their path, have not as yet realized the fact that Metaphysics is a science,— with its own terminology and its own first principles, — most difficult of acquisition — requiring long continued, patient, devoted, laborious study. They seem to imagine that they can jump into it all at once with as much ease as they can get into a new suit of ready-made clothes.

This emphasis on systematic, careful study is even more at variance with the typical modular pattern of modern education in the humanities: a bit of Derrida here, a bit of a language here, a bit of psychology there.

Without the ability to articulate -but perhaps even more importantly to see- the world coherently, the averagely educated, non-specialist in the humanities is flung upon the tide of fashion. Pumped up with the desire to be open minded, but without a thorough enough formation to retain an intellectual integrity through that open-mindedness, those external fashions sweep opinions before them. One year we're in favour of free love and encouraging children to express their sexuality. The next year we're in favour of keeping children in a sort of sexual purdah for fear of abuse, whilst plying them with contraceptives and pornography. One year, we're laughing at funny effeminate men. The next we're abolishing marriage to respect their dignity.

System is important in two ways. It is important because Catholics are rationalists: because the world has been made by intelligence, it is discoverable by intelligence. The rational structure of systematic philosophy and theology reflects the systematic structure of the world. But system is also important morally. Without a coherent Weltanschauung to inform and structure your life and personality, it is hard to see how a person can develop character, that wholeness of being that allows one to deal with the world as an agent rather than as a piece of flotsam.

For Catholics who are intelligent enough to need the structure of academic philosophy and theology, but who are not specialists in those areas, there is a need for a basic systematic understanding: for many reasons, not least historical, Thomism looks best placed to provide that basic structure. That isn't to say that specialist theologians or philosophers within the Catholic tradition have to be Thomists, or have to adopt a particular form of systematic Thomism. But it probably does mean that we should all be starting from that sort of firm formative foundation, and continue on to work within a sort of scholastic Ideenraum, a space which is structured by the inputs of the various philosophical and theological schools of scholastic and patristic Catholicism, in turn built on foundations of classical Greek philosophy and classical Jewish thought.