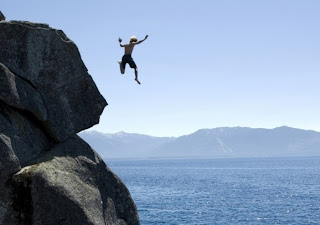 Watching Alex Bell (slightly) sticking the boot into the Independence campaign on Newsnight Scotland yesterday got me thinking again on the difficulties nationalism faces in a post-Christian world.

Bell's analysis as I understand it is roughly that the pro-Independence campaign should be making far more of a radical vision for Scotland as an alternative to the failed state of the UK: he talked at one point of the UK being a clapped out motor, no longer fit for purpose, which was being forced to do one more lap.

Putting aside the question of the truth of that analysis, the real problem is of course the alternative. It's fine to argue that the modern UK -along with other European states- is confronting serious problems which it simply isn't facing up to, rather more difficult to explain convincingly how an independent Scotland would do better.

In a previous post, I argued that the inability to talk of the value of sacrifice was harming the pro-Independence campaign. Bell's attack suggests that another problematic absence in a post-Christian culture is the lack of faith and hope as virtues. Much of the current pro (and anti-) Independence campaigning is portrayed as presentation of facts: that if independence occurs, this or that, good or bad will happen. But really, this is all horribly unconvincing. It's quite clear that: a) Scotland could function as an independent country; b) it's not at all clear how well it would function. For nationalists, there oughtn't to be anything particularly odd in accepting such a claim as b): in fifty years time, we have absolutely no idea who will be running this country. It is absolutely certain (simply by the luck of the draw) that at some time in the future, Scotland will be ruled by a bunch of idiots and the rest of the UK will have a set of extremely competent leaders. (And, at other times, the other way round.) Perhaps things will work out. Perhaps they won't.

We simply don't know what will happen to an independent Scotland or a continuing UK. It's quite right to talk about the possibilities and the probabilities, but I suspect we're fast approaching the stage in the debate where the main lines are already well known. Bell appears to be offering more of the same, albeit on a slightly more dramatic scale. And as the questions get bigger, the answers don't become any easier or more obvious: how, for example, should an independent Scotland deal with an aging population and increased competition from economies such as China? (How should China deal with those issues?) No doubt lots of suggestions, but any that are obviously right and which Scotland is clearly going to be able to put into effect?

Again, we have a politics of utilitarianism: rationally assess the outcomes and chose the best among them. But that''s precisely what it's incredibly difficult to do.

I quoted the Declaration of Arbroath last time. This time I'll turn to the Proclamation of the Easter Rising:

In the name of God and of the dead generations from which she receives her old tradition of nationhood, Ireland, through us, summons her children to her flag and strikes for her freedom.

Nothing there about structural changes or possible economic benefits. Instead, there is faith -going beyond the evidence and calculation- and a hope in what can genuinely be obtained: not utilitarian goods, but freedom from another country.

This post is diagnostic rather than offering a cure. Modern Scottish Nationalism has moved away from the blood and soil versions of the past. Modern secular society has abandoned God and, at the least, easy rhetorical access to values such as sacrifice and the theological virtues of faith and hope. In some ways, that's a good thing here: where nationalism has been too free with such terms, blood usually ended up being spilled. But in the absence of a virtue which allows you to take a leap into the unknown, coupled with a focus exclusively on those physical goods which cannot be guaranteed rather than those spiritual and cultural goods which can, arguments for radical and inherently risky change become much more difficult to articulate.