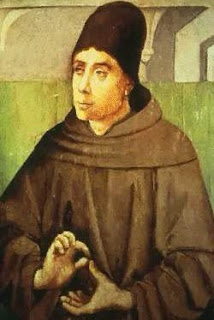 Some Catholics are dunces, but are some Brights dull?

A while back, I managed to irritate a 44 year old atheist computer geek by suggesting (as he read it) that some atheists were dumb. (Ironically, in view of his protestations of smartness, he'd misread what I said -which was (in essence) that some types of atheism betray the sort of stupidity characteristic of smart but immature and narrowly educated young men- but put that aside.)

Putting away the sniping here, why should the suggestion that some atheists are not intelligent be regarded as such an insult? Certainly, I'm quite happy to accept that some Catholics aren't intelligent: indeed, I positively glorify in that fact. When I was becoming a Catholic, one of my wife's family declared that the only people in her family who were Catholics were the servants. Quite apart from the factual oddities here (Mrs L is hardly blue blooded) I remember thinking that this was as good a reason as any for going ahead: what sort of Christianity wasn't for the servant and the master, the bright and the stupid? Whatever else is clear from the New Testament, it is perfectly clear that you don't enter the Kingdom of Heaven via diplomas and a healthy bank balance.

The only entry ticket for Catholicism is being human. It starts from conception and ends with the death rattle. You can be mentally disabled or a genius: it doesn't matter. How you contribute to the Body of Christ will be affected by your talents, but there is a place for everyone.

Atheists, at least of the New Atheism variety, seem heavily invested in their (individually) being smart. Dennett's adoption of the 'Bright' label is the most obvious symptom of this, as is the obvious smarting of the 'smart' commenter at my jibe. But behind this is the foundational illusion of New Atheism: they are out to free people from the tyranny of religion so they can think for themselves. That's fine if you're a public school educated Oxford academic (well, you'd think so anyway) but what of those less well endowed? And frankly that's really all of us at some time: no one is smart throughout their life; no one is completely master of all fields of knowledge. New Atheists seem compelled to pretend to a greater knowledge than they actually have; Catholics sooner or later admit that we fall back on faith and authority. We are, as MacInyre puts it, 'dependent, rational animals'.

So what should stupid atheists do? Is there any room in the Bright new tomorrow for the fool or even the slightly below average intellectually? Or is the solution a final one: that when you are a suboptimum child, you are aborted? When you are disabled, you are  euthanized? And when you can no longer read even The God Delusion with complete understanding, you ask nurse for the final remedy for all cognitive failure?