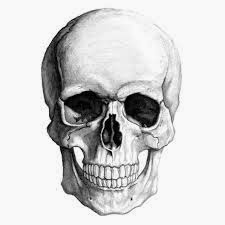 Please use your own imagination for what a Google image search for 'Death and Sex' might produce....

So, on the one hand, we have the current brouhaha over the involvement of the National Council for Civil Liberties and the Paedophile Information Exchange, and on the other, we have the introduction of child euthanasia in Belgium.

Both cases reveal something of the difficulties reliance on consent hits when it comes across the big issues of life such as sex and death, and when it moves away from fully rational, completely informed adults as agents. Consent is a rather fiddly notion that only makes sense against a background of freedom. Which doesn't really help very much as freedom itself is an extraordinarily difficult notion...

In common-or-garden situations, consent is a socially constructed practice which is intended to slow things down at a time of a big decision. So, in the case of double glazing purchases, there are the formalities of documentation and cooling off periods etc, not so much to check in any deep philosophical sense whether we really really want some of those new PVC units, but to exclude some of the more obvious external tricks: rushing someone into a decision, lying to them, pretending they said yes when they really said maybe etc... The point here is that a reasonable person, in full possession of the facts, might want double glazing: it's a perfectly good and reasonable aim, and in constructing a social process of consent, we're just excluding some obvious abuses rather than exploring the depths of that consent. Which is quite a good thing, because it's not at all clear what the depths of freedom might involve here. (Is it possible, for example, to purchase double glazing with full autonomy unless you've read Marcuse on false needs?)

The child euthanasia law in Belgium is based on the importance of ensuring that children can access a great good (pain free death) and is therefore not terribly concerned about the depths of consent: like double glazing, it's only concerned to exclude some gross external abuse without troubling itself overmuch with what freedom in its depths might mean for an infant. As nice Dr Riddington puts it:

As a doctor, I am thankful that progress is being made to address the anguish of people, children included, who find themselves in utterly intolerable situations.

So it's not really surprising, is it, when children are being deprived of an obvious good like guilt free sex, that progressives think it rather a good idea to get rid of those nasty (primarily religious) taboos which get in the way? In fact, I'm only surprised that they seem to have gone rather silent on this one, having abandoned their previous enthusiasm:

...paedophile interest groups emerged from the 1970s in numerous countries...In 1979, a petition to the Dutch Parliament calling for the legalization of consensual sexual relationships between children and adults was supported by the NVSH [Dutch Sexual Reform Organization], feminist organizations, and the COC, the oldest still-existing gay rights orgainization in the world...Around the same time, the Protestant Foundation for Sex Education (PSVG) distributed tens of thousands of copies of an information booklet with the title Paedophilia to Dutch elementary schools (1979-81).


[Not from some barking mad religious text, but Veronique Mottier's Sexuality: A Very Short Introduction, which gives other examples of 'progressive' campaigning for paedophilia round the world.]