Robocop and the resistance of the natural 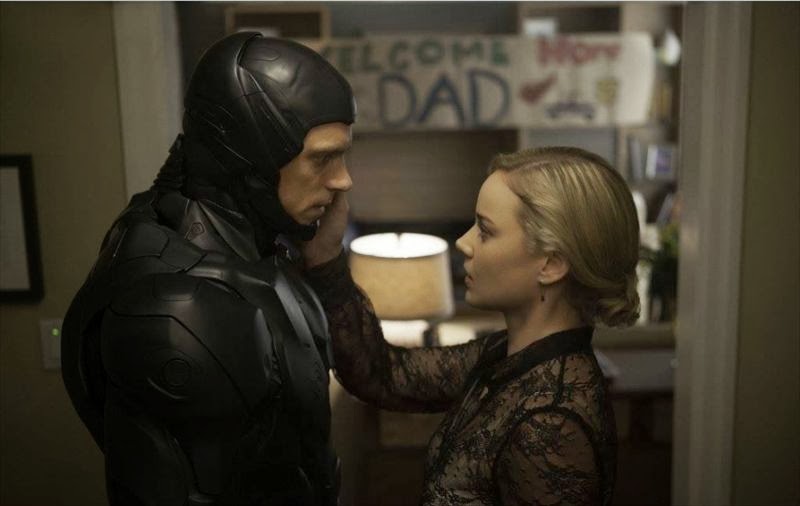 The message of the original Robocop was apparently described by its producer as ' "fascism for liberals" – a politically liberal film done in the most violent way possible'. [Here.] Certainly, the director, Paul Verhoeven, has a habit of slipping in subversive political messages in what, superficially, appear to be typically gung-ho right wing movies. (I suppose it's most obvious in Starship Troopers where the ostensible message of 'let's go nuke the enemy' is undermined by its hyperbole.) Watching the remake, I couldn't help wondering whether it would be better described as 'liberalism for conservatives' -slipping in a profoundly conservative message under the whizz and bang of 'fighting against the man'. The director of the new version, José Padilha, has apparently emphasized the political aspect of the film, so let's push that a little and see how far it will go.

The surface of Robocop is political in a straightforward way: society is busy turning human beings into drones. Bad. But that essentially liberal message doesn't survive much of a probing.   There are few absolute villains in the film, but many broken reeds. Populism comes in for a drubbing. The ranting media, personified by Samuel L Jackson, demands law and order and isn't terribly worried about the details. Public opinion swings backwards and forwards depending on the last big story. Politicians generally just follow the mood. Science, personified by the doctor/engineer Gary Oldman, compromises its humane instincts under corporate and personal pressure.

What is reliable is Robocop's traditional family (his wife's emotional attachment to him and his relationship with his child is one of the key aspects of his salvation) and biology (much emphasis is placed on the way his (surviving organic) body keeps rebalancing his dopamine levels to restore his emotional life when the corporation tries to turn him into a mindless drone).

Add to this some subtle details -the villain's office is decorated with Francis Bacon's Oresteia trilogy (above) -images symbolic of the breakdown of the family (Orestes) and the body  (Bacon's usual butcher's eye view of the world); the film ends with the Clash's version of 'I Fought the Law and the Law Won' (not the Detroit police department which is exposed as a nest of corruption, but the Moral Law embodied in Robocop)- and you have a paean to traditional family life and the natural law as reservoirs of resistance to the vagueries of politics, popular opinion, the media and big business and, in particular, their delusion that you can remake people and society according to a perfect plan.