The Salmond/Darling debate: Nationalism and nuns with hairy legs 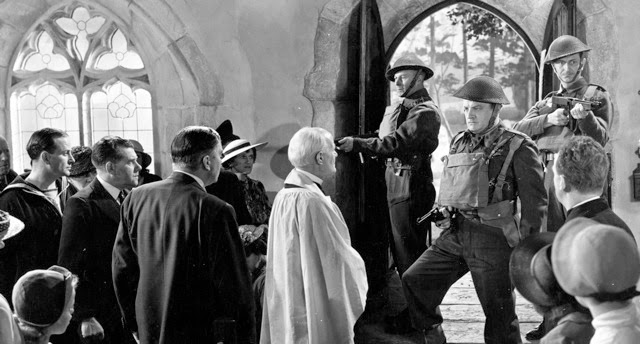 So Darling won the TV debate. Or Salmond did. Or it was a draw.

I can't remember who said that in order to discover how awful the standards of journalism are, it was only necessary to study the reporting of a subject that you really understood well. It's an experiment I've applied several times over the years and it usually confirms the suspicion that much journalism is written out of the depths of extreme ignorance. It is of course not always true -and is less true of serious organs of haute vulgarisation such as The Economist. But the problem -and it is one that can afflict bloggers even more than print journalists- is that modernity abhors silence: there is little space for the claim, 'There is no news today' and even less for the admission, 'There is lots of news today but I have little idea what to make of it.'

Anyway, one notes with distress (usually English) commentators whom one generally respects regularly making fools of themselves with regard to the Scottish independence campaign. It's usually a matter of what one might term Sprachgefuhl: those nuances that give the game away about non-native fluency. So, for example, to see excited comments about Salmond being a nationalist demagogue who's getting his comeuppance just doesn't quite get it right for someone who's sat through two years of Scottish media coverage (or an even longer period of SNP government). It doesn't deal with the fact of his popularity among a wide range of people. It doesn't deal with his relative invisibility during the referendum campaign. It doesn't deal with the reputation for responsible government that won a landslide in the last Holyrood election. It doesn't even get his actual faults right: his nerdish attention to detail; his tendency to sneer. Whilst there are undoubtedly wannabe Chavezes and Perons in Nationalist ranks, it's difficult to imagine Salmond on the barricades and still more difficult to imagine him accompanied by Nicola Sturgeon, John Swinney or Mike Russell.

But I come not to praise or bury Salmond, but simply to note the real problem here which is the lack of depth in Scottish political culture. A head to head leadership debate is a fine thing, but it is a paltry thing: after two years of fairly relentless media discussion, nothing can turn up in such a forum. (What really could have been said in the Tuesday debate which had not been said before? What does it show that either party's delivery of scripted lines was fluffed or not fluffed?) Unlike a party election, the character of either 'leader' is utterly irrelevant: at a general election, to a degree, we are voting for a personality and a character; at the referendum, we are voting for a future that will run beyond my lifetime and the lifetime of my children.

Scottish party politics is pretty much the same as Westminster party politics: people shout at each other; spads run around imitating Malcolm Tucker or Toby Ziegler; two parties glower at each other in PMQs/FMQs. Compared to Westminster, it probably suffers from a little lack of depth in ability (once you get past key figures, there probably isn't a crowd of geniuses waiting to take over in case of unfortunate accident). But the real problem is that the longer term reflection on politics, the discussion of ta politika which goes beyond the Punch and Judy and which bridges that space between the theoretical and the day to day is painfully inadequate. The lack runs from serious journalism to political think tanks. It is expressed in a provincial TV service and an overreliance on a small number of well known figures. Perhaps above all, it is a space that rarely presents a well thought through 'conservative' challenge to the well nigh universal 'progressive' worldview.

And all this matters because Scottish politics is not English politics. When sitting through much of the last general election media coverage, I found myself constantly editing out vast amounts as irrelevant: anything to do with the NHS; anything to do with education; anything to do with immigration; anything to do with the tussle between those two parties and our two parties. At times, it was analogous to trying to follow US politics via coverage from Westphalian local radio. Whether it's the result of devolution or more profound changes in post-modern politics, there is a gulf between politics in RUK and politics in Scotland. And watching a lot of commentary on the Salmond/Darling debate merely confirmed that view, either because the commentary lacked Sprachgefuhl, or because it loaded what was essentially a trivial occasion with apocalyptic import. It was hard not to come away from the debate -and still more the discussion thereafter- with the feeling that Scottish political life at its deeper level just can't go on as it is. Even assuming that the debate had Salmond trounced, its inadequacies reinforced a Nationalist analysis: that the existing political set up can't survive. (And that leaves, I suspect, the situation where most Scots see it now: a difficult decision between the hope of devo-max (an ideal which may be practically unachievable given the nature of the UK) or the reality of independence (which may be achievable but risky).)

How does this affect 18 September? First, that gap between Scottish politics and RUK politics won't go away whatever happens. Of course, if there's a yes vote, Scotland will go its own way. If there's a no vote, then either there's a serious attempt to reflect that difference (not just in devolved Parliamentary powers but in matters such as broadcasting) or the difference will remain a wound which will fester and erupt again. Secondly, whatever happens on 18 September, some of us -and particularly those of a generally conservative bent- had better start building the institutions and intellectual practices within Scotland that can fill the vacuum that is currently populated (to the extent that it is populated at all) almost entirely by Jetsonists.