Kenan Malik and the wisdom of mobs 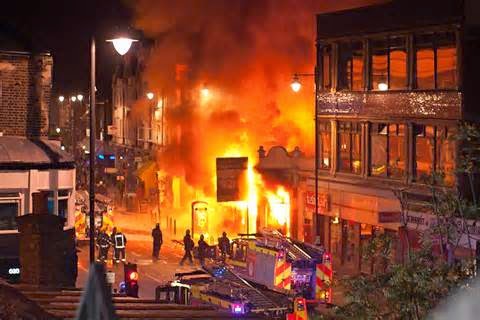 All a jolly good idea

I've had Kenan Malik's A Quest for a Moral Compass on my Kindle for a while now. My interest in it was provoked by Tom Holland's puff: ‘I can imagine it replacing Bertrand Russell’s History of Western Philosophy on many a bookshelf - certainly mine.’ Although I've a great respect for Tom Holland and am quite prepared to believe that a context might add nuance to this remark, as it stands, it's silly. It's a category error. Whatever else might be said about either book, Russell is writing a history of philosophy, not morality (or even moral philosophy). Russell was, again, whatever else might be said, a seminal figure in Anglo-American academic and popular philosophy. His book -clearly barking though it is in places- is a classic of popularization. You might replace Russell with Malik, but it would be in the same way you'd replace a book with a vase of flowers: you'd be replacing one thing with something else and something different. Anyway, it sits there on the Kindle more because I want (eventually) to find out whether it is as ludicrous as the advertising, rather than because I suspect I will find enlightenment in it. (I think I can reasonably claim to have read enough proper books in this area to suspect there'll be little to surprise me. But who knows?)

In the meantime, there's Malik's essay on 'The death of god and the fall of man' (here). This attracted my attention in part because it deals with two philosophers I have learned  much from (MacIntyre and Anscombe) and in part because of the 'odd' claim at the end:

Or, to put it another way, the moral incoherence of the modern world derives perhaps from the inability to think like the mob outside the Bastille.

Now, I think, that Malim regrets this. In essence, his essay appears to argue that the problem of modern morality is that it is trapped either at the pole of believing in an external standard of behaviour that is ineluctable (such as a biological determinism) or at the opposing pole of a radical subjectivity that is contentless and arbitrary:

the consequence of the coincidence of the Death of God and the Fall of Man is that the relationship between what Alasdair MacIntyre called ‘man-as-he-happens-to-be’ and ‘man-as-he-could-be’ has become obscured, indeed broken. The secular ‘Fall of Man’, the loss of faith in the human capacity to act rationally and morally, and to collectively transform their world, has narrowed the conception of what humans could be, confined our notion of what we are and eroded the link between the two.

And as the link between the two has eroded, so moral thinking has polarized between the belief that morality is nothing more than the immediate product of ‘man-as-he-happens-to-be’; and the belief that ‘man-as-he-happens-to-be’ cannot of himself define ‘man-as-he-could-be’, but that this must be defined not by humans as we are but in some objective sense, either through God or through science. On the one hand the idea that morality can be nothing more than personal preference; on the other that for it to be anything more than personal preference, it has to be anchored by some external legislator or in some objective realm.

The solution to this?

And the model for this collective judgment is the mob storming the Bastille: it is a group that emerges from concrete external circumstances, but is not paralysed by them:

The mob only formed because of wider aims, aims that were social and historical rather than individual and personal. It is, in Sartre’s words, a ‘fused group’, not a ‘seriality’. The mob storming the Bastille was, in other words, an expression of the transformed meaning of telos.

Now there's a lot in Malik's essay that I'm not going to tackle here. In particular, his understanding of MacIntyre as simply thinking of social embeddedness in terms of tradition rather than 'transformation' doesn't do justice to MacIntyre: indeed, MacIntyre's main task in After Virtue and his succeeding work is to recommend a transformation of society by an adoption of (roughly) communitarianism as a way of life and Thomism as a way of thought. But putting aside the question of the accuracy of his analysis of MacIntyre and Anscombe, what of his own solution?

One point to make quickly is that his understanding of Classical philosophy appears quite warped. For example:

Human life was framed by the gods and yet humans could not rely upon them. They had to depend upon their own wit and resources. It was human reason and human morality that imposed order upon an unpredictable world, and carved out dignity and honour within it.

Now, however adequate such a view is of Graeco-Roman popular culture, it is entirely inadequate as an account of Graeco-Roman philosophy, especially that of Plato, Aristotle and the Stoics. Their key idea was that of nature, in particular, human nature: there was an order in the world which human beings had to reflect much more than carve. But that reflection required thought and virtue. For Plato, a revolutionary mob would be not the paradigm of emancipatory action, but a predictable consequence of what happens when power is given to those who are unfitted for serious philosophical thought: they will end up following the whims of a tyrant (see eg Book 8 of the Republic). For the Greeks as much as us, the question of how to move from what we already are to what we could be is a hard one. But unlike Malik, the mainstream Graeco-Roman solution is that the answer is found by hard thinking, not mob action.

And to note that is to note that, once again, we are back with the need to discern what is true and what is good and what is beautiful. A mob doesn't think: at best, it is manipulated by one who does think (the demagogue). But other forms of collectivity do. A choir is immersed in a search for beauty which requires both virtue in the leadership (the choir director) and in the following (the chorus). A research group again requires thought and discussion in its search for the true. A charity likewise requires the exercise of practical wisdom and virtue in its pursuit of the good. Why are none of these better examples than the Bastille mob for Malik? Because they highlight what Malik is seeking to obscure: that collective transformative action can be good and bad. And it becomes good only when it undertakes, more or less explicitly, the sort of conscious rational reflection that Socrates, Plato and Aristotle undertook about human nature. It is not, pace Malik, 'the transformed meaning of telos' but simply the same old search for the same old telos.

The challenge for those such as Malik who want (in some way) to draw a line between modernity and the pre-modern moral world is to explain why the two worlds are so different. For such as me, they aren't -and his failure to explain why a mob should be taken as a paradigm of good collective action is evidence of that. There is a perennial philosophy or at least a perennial search for that philosophy. In essence (as I think Leo Strauss sees most clearly among modern political thinkers) the ancients said all that could be said: the world of the Stoics and Plato and Aristotle is our world. The only thing to be added to that (and this transforms not so much the questions or the search so much as the definiteness and practicality of the solutions) is the Christian revelation.

To return to Malik's claim:


Or, to put it another way, the moral incoherence of the modern world derives perhaps from the inability to think like the mob outside the Bastille.

Against that, weigh MacIntyre's:

We are waiting not for a Godot, but for another—doubtless very different—St Benedict.

Both transformed society, but one did so with a conscious reflection on human flourishing and the other was a murderous rampage on a whim: