When is a bigot not a bigot? 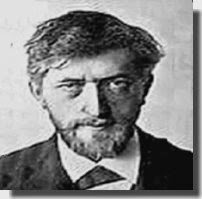 
I'd intended writing on something else other than Islam, Trojan Horse schools etc etc, but Sara Khan's article in the Telegraph has pulled me back in.

Addressing bigoted views of anyone informed by their belief system or ideological outlook is never beyond the scope of debate. Bigotry which is promoted by anyone in our schools must always be challenged. If the bigotry is promoted by Muslims, it is not Islamophobic to root it out. As the priest and journalist Giles Fraser once wrote “bigotry is bigotry whether it’s dressed up in the language of faith or not.”

I thought I recognized the quote from Fraser and a bit of googling traced it to a report on the issue of bed and breakfast establishments offering beds to homosexual couples:


But Giles Fraser, the vicar of Putney and a leading Church of England liberal, said the legislation was right and fair because discrimination against homosexuals was always wrong.
"It is nonsense for the Government to allow any loopholes for religious homophobia," he added. "Bigotry is bigotry whether it's dressed up in the language of faith or not."

I've been so often called a bigot by bien pensants that I've stopped contesting the label: if bigotry just means thinking (eg) adulterers are sinners, then I'm a bigot. Now can we get on with discussing whether I'm right or not? Khan continues:

I've been over the Clarke report fairly carefully in my previous two posts (here and here). But let's come at this from a different direction. I believe that parents have a right to educate their children according to their own lights (subject to some negotiation round the edges about employability etc). In a Catholic school, I'd expect this to result (ceteris paribus) in teaching that homosexual activity was wrong, that women did not have a right to chose abortion and couldn't be priests, that Catholicism was the true and complete religion and extra ecclesiam nulla salus etc etc. I'm pretty sure I could find one or two commentators who would regard these as representative of homophobia, sexism, intolerance and the 'inferiority' of other faiths. So, on the assumption that some Catholics schools at least are teaching these standard elements of Catholic understandings, why aren't 'we' objecting to Catholic Trojan Horse schools?

What 'liberals' have succeeded in doing is depoliticizing thought. I believe certain things about the world. Muslims (unless they've completely secularized) believe other things. Atheists believe something else. None of this should be surprising in a large, modern country, and the only real question is a political one: how do we get these divergent viewpoints to live together peacefully and to interact fruitfully? (Hint: this won't be through everyone feeling comfortable or affirmed all the time.) Instead, we have a growing list of hurdles that have to be leaped over before we can even enter into the public forum.

There's something else going on here. In any organization or life, things go wrong. So as well as dealing with divergent starting positions, we have to understand that people with those (respectable) positions will occasionally say something stupid but which clearly emerges from that position.  (I gave a particularly striking atheist example of this here but I can think of lots of occasions -from my own childhood and from those of my children- where there have been other 'anti' Catholic remarks from teachers.) I don't particularly mind if, every now and then, some atheist teacher lets slip her true beliefs about Catholicism in a particularly crass way. I don't mind if an occasional Muslim lets slip the thought that ' “white women have the least amount of morals”, white children were “lazy” and that British people have “colonial blood” '. I'd give a pretty loose leash for teachers to express their characters and, if things start going radically wrong, there are disciplinary procedures and retraining available rather than hysteria. But again, we are now setting hurdles: teachers who say stupid things about Muslims or Catholics are fine. Muslims who say stupid things are subject to Trojan Horse enquiries.

Secularism has really stopped thinking. I had originally intended today to write about a particularly thick pair of articles by Stefano Hatfield -and I'll probably return to them. But at the moment we seem to be faced by large numbers of secularized liberals who seem to have forgotten two basic lessons which wise students of humanities need to grasp pretty early on: that other people don't always agree with you; and that coming to appreciate their point of view is an extremely difficult (intellectual and ethical) process. Put more simply, if you're a smug git, everyone else is a bigot.