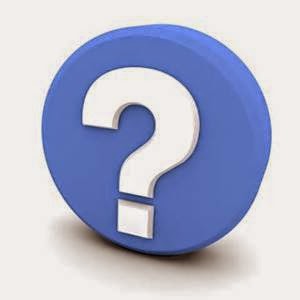 This is response to a combox comment on my last post on the Trojan Horse schools. As it's gone on too long for a combox, I've posted it instead!

Thanks for engaging on this. Given the current events in the Middle East, I think that it’s extremely important that we don’t get distracted from the central problem here in the UK which is simply about how we educate minority cultures and groups. (Of which Catholics are one.) There’s a tendency –particularly among conservative Christians- to resort to the general line that Islam is bad and therefore to give an inch to it is naively setting up problems for the future. Whatever the merits of such a position, it doesn’t really address the reality that Islam is a living presence in the UK and is the deeply held religion of millions of our fellow citizens. Moreover, if I were a Muslim, I’d end up by being pretty hacked off by being discussed as a problem and as if I weren’t British, and end up by being pretty alienated.

I’ve been impressed recently when reading Walter Scott as to how he deals with irreconcilable hostility. Profound disagreement (between Jacobite and Hanoverian; between Saracen and Crusader; between Jew and Christian etc etc) isn’t glossed over, but lived with. I don’t think all views are equal, but I don’t expect others to think my views are equal or superior to their own. Scott’s ingredients for living with hostility are not about seeking agreement, but allowing people to arrange their own private lives (including the bringing up of their children) according to their own lights; a respect for the humanity of others; a calm confidence in one’s own position which doesn’t need the acknowledgement of others; and, finally, a certain physical and moral bravery that, if things go wrong, one should face physical risk and death with equanimity. There’s clearly much more to be said here, but, on the whole, I think that’s a better recipe for a solution to our current social difficulties than pretending that, if we just get the right argument or social arrangement, we can convince everyone of our rightness.

I turn now to a detailed response. First, I reproduce your comment with added numbering of the paragraphs:

1) "Lobbing", eh? I realised that I was laying myself open to such criticism as I cut down my piece to its conclusion. But I found it difficult adequately to explain my own journey from imagining "islamic" replaced by "catholic" (20-odd years or so ago: I thought I was being "fair") to my current position: that I consider such an approach worse than merely misguided, and to fall for the secularist error of considering all religions equal, and to abdicate responsibility for judging what might be good in islam, and what is not. (Difficult, I mean, to do so charitably and, as I am posting under my own name and as I live and work among large numbers of mohammedans, responsibly.)

2) Yes, I have read Geoffrey's posts. I've never commented there, and I shan't do so now, but I will say here that I thought both of them rather poor and, yes, naive.

3) Yes, of course some of Peter Clarke's premises would not be shared by faithful catholics, and I agree that the evidence from the online forum is poorly presented (it reads - I hope the simile is not ill-judged - like telling tales in school). And I do agree that he is wrong - naive - to think that the opinions expressed there are not also held by parents. I think they are typical of opinions held by young Pakistani men (I mean, English-born Pakistanis). Certainly, the cadences are familiar to me, and the opinions are not a surprise. But I do think that he is right to highlight those opinions.

4) I think that the report does clearly show evidence of a conspiracy, based on the local presence of a majority of Pakistani muslims, surreptitiously to gain control of schools in Birmingham and elsewhere, encouraging children in racial and religious hatred and to despise the culture and nation that have welcomed their families.

5) One last thing: you disparage the report as "anecdotal". What do you mean by that, and why do you consider it a Bad Thing? Evidence of various kinds is described, and much of it is inevitably anecdotal. Evidence often is. For good or ill, the report is not intended to be a balanced presentation of conflicting evidence, but a set of recommendations informed by a large body of evidence and illustrated by examples. Like it or not, and without being, er, naive, we have to accept its author's integrity. His role is not analogous to that of a prosecutor as you imply, but of an investigating magistrate (I think that's what they're called).


Let's take your six paragraphs one by one:

1) I don't think all religions/philosophies/beliefs are equal. I do not, for example, think that Islam's attitude to marriage is correct. (Eg: polygamy and divorce.) But to note that is not to settle the question of what one then does about that falseness. There are two aspects here: the practical and the principled.

In terms of the practical -what we can do about it- we have large communities of people who are in error: that's not just Muslims, that's secularists and everyone who's not a Catholic. (And many who are!) But to focus just on Islam:

a) much of the effect of the report would be to substitute great errors for little ones. (For example, it is clear that Clarke is suspicious of religion and fully signed up to the modern liberal sexual agenda. Why is it a good thing to force Muslims who believe and worship God to be discouraged from that belief? Why is it a good thing for Muslims who have overstrict notions of male and female modesty, to abandon these for the licentiousness of modern secular standards?)

c) the establishment of a principle in UK politics that parents should not be allowed to control their children’s education, and that ‘hardline’ religious views on (eg) sexual ethics should be forbidden will undoubtedly be extended to Catholics and other groups.

I conclude that, simply in terms of what’s likely to work, what’s practical, it is much better that we allow Muslim ethos schools than not.

Turning to principles, even if (and I assume this is what’s behind your general train of thought) there were bad consequences from allowing Muslim ethos schools (say, in terms of social cohesion) it would still be right to allow them. (In broad terms, even if the exercise of some rights produces harms, those rights may still be acknowledged.) There are a number of different ways this might be argued for. Based on the Church’s teaching, I’d talk about the parents as primary educators of children and the right to religious freedom. Based on Mill’s liberalism, I’d argue for the importance of experiments in living and the competition for ideas that results. Based on MacIntyre’s understanding of the role of traditions, I’d argue for the importance of encouraging the deep exploration of particular traditions and for an education based on the integrity of a particular tradition.

Of course, these arguments would have to be developed (although I’m confident, time allowing, I could do this) and, given the nature of philosophical disagreement, the discussion isn’t likely to be a short one. But I’d note that, particularly from a Catholic point of view, given the Church’s principles on this and the support (from a different direction) of the Catholic philosopher, MacIntyre, I’d expect it to be particularly difficult for a Catholic to reject the conclusion that Muslim ethos schools should be allowed.

3) I think we’d agree here except perhaps in the wisdom of highlighting the Muslim opinions. He is highlighting simply fragments of positions and claiming that they are examples of atypical opinions held by extremists. If he thinks they are typical of the community, he should say so and alter his argument accordingly.

4) Evidence? I explained in my earlier post why I thought the report’s evidential base was flawed. Why do you disagree?

Another aspect to this is that a number of prominent public voices who a) are not Muslim and b) have personal experience of the schools disagree with the findings. For example, Lee Donaghy has consistently rejected the analysis of an Islamicist takeover which, as assistant principal of Park View, he’d be well placed to recognize. Father Oliver Cross –an Anglican Priest- is a governor of  Regent’s Park school. Again, he has been vocal in his opposition to the analysis of an Islamist takeover. There is simply no testing the evidence by voices such as these.

For example. Here’s an anecdote about smoking: ‘My father smoked all his life and never had a problem with it. So smoking’s fine.’ a) It’s false. My father died of heart disease doubtless in part due to smoking. b) Even if it were true, it would prove nothing about general tendencies: my father could have been fine even if every other smoker dropped dead of smoking.

There is a lack of critical testing of these anecdotes in the report. There are alternative anecdotes that are not really considered. There is no attempt to find more reliable evidence (such as parental surveys). There are conceptual problems with the report (ie a lack of precision about the meaning of ‘Islamist’).

You say we have to trust the integrity of Clarke. You say that ‘the report is not intended to be a balanced presentation of conflicting evidence, but a set of recommendations informed by a large body of evidence and illustrated by examples’. The evidence I’ve argued (and to a large part you’ve accepted) is flawed. If it is just to be taken as a set of judgments illustrated (but not evidenced) by anecdote, I see no reason to accept it on trust: as Catholics, we should be extremely sensitive to the way that unsympathetic and ignorant outsiders are treating our religion, and I see strong reasons for thinking that much the same is going on here.

6) Not much hangs on this, but I’d say that it’s not so much a difficult read as a badly argued one. It’s clear but not convincing.

As a general point, as I’ve argued above, for both reasons of practicality and principle, I think we should be allowing (even encouraging) Muslim ethos schools. If such schools existed, I’d expect them to be much like the sort of schools under review. So I think the real question here is not so much has there been anything underhand about how the schools were established, but rather are they the sort of schools that should be established. That’s the long term question here, and Clarke and his report are singularly ill-equipped to tackle it.