A bit of everything and nothing....


While the assisted dying/bumping off your granny debate continues in England and Wales over the build up to Lord Falconer's Bill, I'd like to put aside some of the broader issues and focus on one specific aspect of 'assisted dying' which, in Scotland, will be enshrined in legislation and, elsewhere, is now being routinely talked about as part of the euthanasia package: the end of life doula or death midwife. 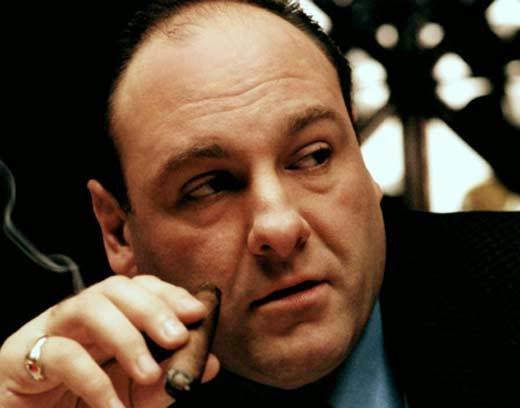 My attention to this phenomenon was drawn by Bronnie Ware's article in The Guardian which specifically links the idea of a death doula with euthanasia. (The idea of a end of life doula is not necessarily linked with euthanasia: here for an interview with a practising death doula who -despite an eccentric obliviousness to the sprouting of vegetation from her head- seems a reasonably friendly sort who doesn't seem overly inclined to active pursuit of that final remedy for all ills.)

The proposed Scottish legislation (as I discussed before) proposes the role of a licensed facilitator to help you shuffle off this mortal coil. I think this provision hasn't received much attention up here yet probably on the grounds that it's seen (by both sides) as simply a piece of legerdemain to deal with attacks on the previously proposed legislation that it would undermine medical staff by involving them in the process. (It doesn't alter this aspect in substance: the whole process still involves medical supervision throughout.)

But the idea of a death doula/licensed practitioner does highlight two problems with the proposed euthanasia Bills in both England and Wales and Scotland. First, it highlights the way that the much vaunted idea of autonomy at the end of life is constructed (and perhaps more accurately, invented); and, secondly, it demonstrates how we are being driven towards a construction of that autonomy which will push us into euthanasia.

One of the key points of tension in modernity is that of consent. There is a tendency to reduce all moral questions to the simple test: did s/he consent to it? Do you want it? Now the problem with that is that, in general, it's often not clear to ourselves what we really want, and that, in the specific areas of sex and medical treatment, we are more likely than in most other areas to be conflicted and unsure. In the area of sex, the practices of seduction and wooing sit uneasily between a freely given consent and an overridden will: to be wooed (let alone seduced) is to be at least a little resistant. (I think a particular problem here is evident in the case of child sex: because the moderns wish to reduce everything to consent, they find it difficult to deal with an area which they think good (lots of sex) and yet where the will is inchoate (the child or adolescent). (I say a bit more about this in the combox on Mark Lambert's blogpost on Peter Tatchell's involvement with pro-paedophilia campaigns.) Much easier for traditional approaches: child sex is wrong regardless of any issues of consent.)

In the case of medical treatment, we are reliant on expertise. We need either to be persuaded to follow that expertise or simply to obey it: in either case, the idea of consent, let alone autonomy, becomes highly problematic.

Now none of this is to say that -in broad terms- there isn't much to be said for autonomy and for its facilitation. In business, for example, the idea of a contract is a way of creating a clearcut decision: by entering into a formal, legally binding contract, the murky depths of autonomy are avoided: consent here is reduced to a formal, (relatively) clearly identifiable procedure. This tendency to create a fictional and public simulacrum for the complications of autonomy can be found both in sex (the creation of a 'safe' word; 'no means no'), and, more centrally to present purposes, medical treatment: no end of forms to sign, none of which are really understood, but where complexity is reduced to the simple question of whether or not they were signed.

But serious illness -and particularly death- is one of those moments when our pretended autonomy dissolves: it is then that a mature culture instead celebrates and focuses on our vulnerability, our dependence on others rather than our independence. Instead, the machinery of medical killing covers up what should be an epiphany of the human condition and smears it with obscuring words as in the wriggling attempts to find a euphemism that manufactures autonomy  (from 'euthanasia' to 'assisted suicide' to 'assisted dying') out of our utter creaturely dependence. Even the title 'doula' shares in this obscurantism: it hints at δοῦλος (doulos) a slave/servant, but hides this desire for a tool at one's service behind the decent veil of a foreign language: a desired tool to effect my autonomy, but one whose true status is obscured by an orientalizing garb.


The doula/licensed practitioner is of course nothing like a slave: servus a non servando. Instead she is a guide, a shaman, another expert to guide your through a world that is hers, not yours. At the end of life, we need to trust and depend on the goodwill of others. With assisted dying, we are being encouraged to lie back and trust in the good will of others as they kill us. The doula disguises this and makes it more palatable with hints of patchouli and silks. But the unvarnished reality -at perhaps the most important moment in our life when we need to face truth without illusions- is that we have no autonomy and that our human need for companionship and spiritual counsel is being provided by a team of killers watching the meter to see how quickly they can unblock a bed for the next victim.


The Chair she sat in, like a burnished throne,
Glowed on the marble, where the glass
Held up by standards wrought with fruited vines
From which a golden Cupidon peeped out
(Another hid his eyes behind his wing)
Doubled the flames of sevenbranched candelabra
Reflecting light upon the table as
The glitter of her jewels rose to meet it,
From satin cases poured in rich profusion;
In vials of ivory and coloured glass
Unstoppered, lurked her strange synthetic perfumes,
Unguent, powdered, or liquid—troubled, confused
And drowned the sense in odours; stirred by the air
That freshened from the window, these ascended
In fattening the prolonged candle-flames,
Flung their smoke into the laquearia,
Stirring the pattern on the coffered ceiling.