The contribution of Islam to public life 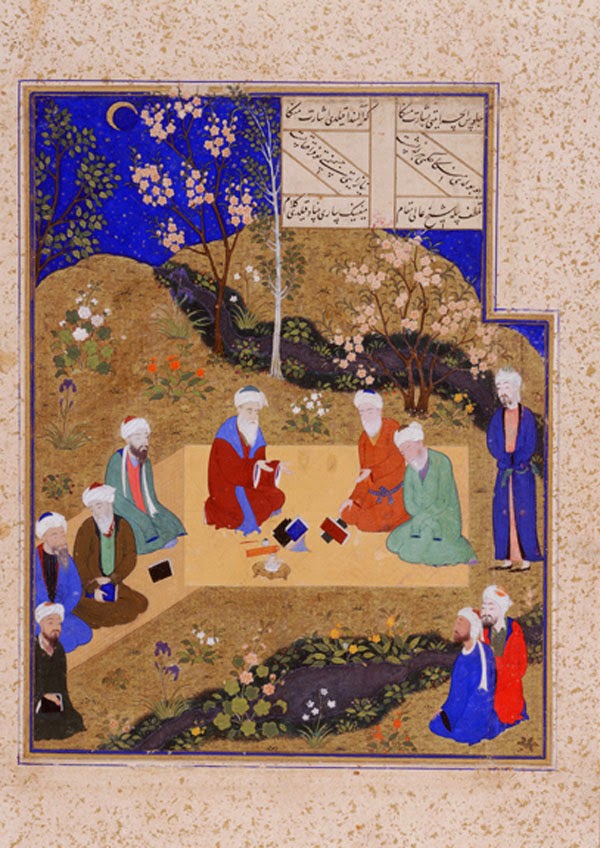 
One area of life where I find myself at odds with other people who would normally be my natural allies is in my attitude to Islam. Crudely, I tend to be rather sympathetic to Islam and even Islamophile, while many culturally conservative Christians (a class which I suppose I'd have to sign up to even though of course I'm far deeper and more nuanced than that!) tend to be highly suspicious and even hostile to it.

This is despite, I like to tell myself, no lack of realism on my part. I'm certainly under no illusions about the likelihood of peace and love breaking out in the Middle East. I am perfectly capable of being whipped up about the future of Europe being one of a transformation into Eurabia. I'm even rather pro-Israel. So not really a natural ally of Islam, perhaps.

There's a lot I could say about this. (Perhaps my best attempt so far is here.) But to focus on only one aspect -that of politics in the UK- you have the existence of a large body of devout religious believers in the electorate who share much with Christians and other conservatives, who are members of one of the world's great cultural traditions (see immediately previous blogpost on why that's important), and who are currently under attack in precisely those areas where Catholics also ought to be taking a stand (ie parental control over their children's education and, specifically, a resistance to libertinism). But one of the oddities of this debate (and Islam's presence in the UK in general) is a relative absence of any serious engagement with Islam as an intellectual and cultural tradition that might have a positive contribution to make to British public life. Instead, it is all about toleration ('leave it alone and it won't do any harm') or control ('make sure that bad Islam doesn't brainwash good Muslims'). Scottish Islam is probably even more invisible than English Islam due to a much smaller immigrant population and the stifling conformity of Scottish politics around a 'big state leftism', but despite a number of high profile politicians from a Muslim background, it's extremely hard to identify a particularly explicit Muslim aspect to their public life (eg: none of the MSPs who voted against same sex 'marriage' in Scotland appear to have been Muslim here).

I've been prompted to note this after reading Forbidding Wrong in Islam (reviewed here). In essence, I came away thinking: a) thinking about ethics through the prism of the traditional Islamic category of commanding right and forbidding wrong produces a rather interesting and different perspective on some important areas; and b) the varying teachings on this area represented a worthwhile attempt at systematic reflection which would benefit a wider (non-Islamic) audience. In addition, understanding some of the tensions between different schools of Islamic thought was certainly suggestive in thinking about current issues: for example, given the conclusion by many schools of Islam that the duty of commanding right even by force does not devolve entirely to the state, does this explain the evolution of a sort of community action in the case of the governing bodies of schools rather than engagement in public politics? (Who knows? I certainly don't and I don't expect to see Dispatches tackling it rather than the lack of clapping in Islamically influenced primary schools.) But the relative absence of any sophisticated but orthodox Muslim voices articulating their understandings of (eg) the relationship between the individual and the state is a loss to that thinking about politics that is more than an ad hoc reaction to day to day party politics.

We are rapidly creating a public realm devoid of genuinely different voices rooted in coherent worldviews. As I noted in my last post, any reference to tradition is excluded. Muslims now appear to be being sieved by whether or not they can give soundbite replies on (eg) capital punishment and homosexuality that please the prejudices of an unsympathetic audience. Only by including voices that are genuinely diverse into the political sphere can marginalized groups be integrated into that scrappy, unarmed truce that is the modern state and, moreover, can politics be reinvigorated by some genuinely fresh perspectives rather than just the tired cliches of progressivism.