Natural Law and the Instrumentum Laboris on the Family (part 4) 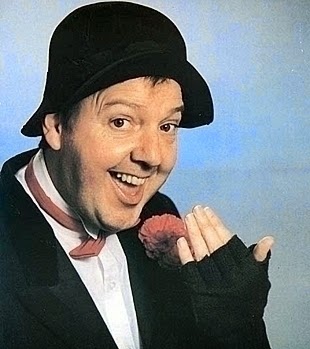 1) Natural law is primarily called natural in opposition to law derived from (supernatural) revelation. We might be better off calling it commonsense morality or morality based on reason. (But each has its own disadvantages.)

2) To the extent that reflection on nature part of natural law, it is primarily reflection on human nature as a whole, rather than the nature of human bits or organs.

That leaves us to say something about human nature: what is the 'what it is' of human beings? Now, there is a Thomistic answer to that expressed in the metaphysical terms of form, essence, act and potentiality etc that we touched on in the last post. If you think that such metaphysics are the best way of understanding the universe, you therefore have a ready made, technically precise way of discussing what we are as human beings.

My own view, despite the presence of some hints otherwise (particularly the ergon [function] argument in Book 1 of the Nicomachean Ethics (see here)) is that Aristotle's own ethics rests very much more on a commonsense understanding of what we are. (To note that is not, necessarily, to cut off a Thomistic understanding. As Garrigou-Lagrange argues in Le Sens Commun, the technical language of Scholastic philosophy is really just a refinement of commonsense understandings.) To make remarks (as Aristotle does) that we are 'city dwelling animals' or 'animals who live in couples' is perfectly comprehensible in an everyday sort of way. Moreover, the Scholastic distinction between activity and potentiality is really just a sharpening of the view  (in the ethical field) that what we are is not what we could become: as every schoolchild is told, we all have 'potential'. And it is these observations that ground the answer to the objection that natural law is a non-starter because whatever happens is natural. Not every potential is realized: the budding scientific genius may waste his talents as a drunk; the artist may be distracted by chasing promiscuous sex. If we can achieve, we can fail to achieve: that is pretty much commonsense. So if we are something (an animal that dwells in cities, an animal that craves love), we have the possibility both of failure (to live badly in civil strife, to hold back from emotional commitment) and reason to avoid that failure. If the use of natural obscures these commonsense thoughts, then that is a reason for avoiding the term even if, within the more precise terminology of Scholasticism, 'nature' takes on a more exact meaning that makes absolutely clear that any particular individual may fail to express and fulfil that nature:

Essence and nature express the same reality envisaged in the two points of view as being or acting. As the essence is that whereby any given thing is that which it is, the ground of its characteristics and the principle of its being, so its nature is that whereby it acts as it does, the essence considered as the foundation and principle of its operation. Hence again St. Thomas: "Nature is seen to signify the essence of a thing according as it has relation to its proper operation" (De ente et essentia, cap. i).[My emphasis. From here.]

In sum, natural law -to the (limited) extent that it is natural because it involves reflection on human nature- involves commonsense ideas of what we are, coupled with the thought that we do no always manage to be who we really are either very well or sometimes even at all. Achievement of our nature is not, in that sense, guaranteed.

In the next instalment, I go on to consider the place of God in natural law -an apparent (but only apparent) paradoxical introduction of a supernatural element into what I had previously argued was simply natural by being not supernatural.