Natural Law and the Instrumentum Laboris on the Family (part 2) 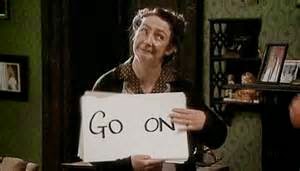 Oh well if you insist...


Last time, as you recall, I sketched out some background principles on the Natural Law:

we have the commonsense (or at least familiar) thought that good people who've thought a lot and had experience of human life will know what to do. We also have the thought that becoming a good person is the real heart of ethics. Finally, we have the thought that ethics is very difficult to do as a philosophical exercise involving the articulation of the reasoning behind judgments, and that experienced wise people (and from the Catholic point of view, aided by revelation) are going to be the ones who will usually get it the judgments right even if they can't always explain why.

This law is called "natural," not in reference to the nature of irrational beings, but because reason which decrees it properly belongs to human nature. Where then are these rules written, if not in the book of that light we call the truth? In it is written every just law; from it the law passes into the heart of the man who does justice, not that it migrates into it, but that it places its imprint on it, like a seal on a ring that passes onto wax, without leaving the ring. The natural law is nothing other than the light of understanding placed in us by God; through it we know what we must do and what we must avoid. God has given this light or law at the creation.

1956 The natural law, present in the heart of each man and established by reason, is universal in its precepts and its authority extends to all men. It expresses the dignity of the person and determines the basis for his fundamental rights and duties. [Catechism: ss 1955-6]

Now, there is nothing here about nature as a guiding principle: it may form part of the methodology of the natural law. It may not. For that reason, you could describe Natural Law as human reasoning about morality or commonsense about morality. Each of those has its own drawbacks. Reasoning suggests that morality is primarily about discursive reasoning while, as I noted in the previous post, it is more about seeing correctly or perception: our natural reaction to flee predators doesn't require extensive reasoning to support it, but is part of the Natural Law. Commonsense does capture this bluff, everyday aspect of Natural Law rather better, but at the expense of raising other questions: what if people's commonsense differs? What if the commonsense (popular) belief is at variance with that of the Church?

So let's stick with Natural Law, remembering that its prime meaning here is that it is what human beings would come up with, absent supernatural revelation. But what of those arguments about the function of genitalia that my interlocutor (and others) have seemed so obsessed with? Where do these feature in Natural Law thinking? More generally, is reflection on nature part of the methodology of natural law.