Natural Law and the Instrumentum Laboris on the Family 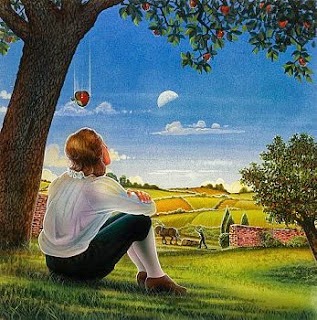 I can't claim to have read the preparatory document for the Synod on the family (online here) in great detail yet, but one bit attracted my immediate attention (para 30):

The language traditionally used in explaining the term “natural law” should be improved so that the values of the Gospel can be communicated to people today in a more intelligible manner. In particular, the vast majority of responses and an even greater part of the observations request that more emphasis be placed on the role of the Word of God as a privileged instrument in the conception of married life and the family, and recommend greater reference to the Bible, its language and narratives. In this regard, respondents propose bringing the issue to public discussion and developing the idea of biblical inspiration and the “order in creation,” which could permit a re-reading of the concept of the natural law in a more meaningful manner in today’s world (cf. the idea of the law written in the human heart in Rm 1:19-21; 2:14-15). Moreover, this proposal insists on using language which is accessible to all, such as the language of symbols utilized during the liturgy. The recommendation was also made to engage young people directly in these matters.

In short, more reliance on Scripture and liturgy as the basis for morality.

Frankly, this is nuts, or, in more polite language, a 'partial' truth. For signed up Catholics, there is nothing wrong in suggesting that we deepen our appreciation of scripture and liturgy and their interconnections with our life. If (as in Latin America) your main 'competition' is an Evangelical church which rests on scripture alone, there may well be a need to fight back mainly in scriptural terms. But in the UK, where most people can't tell the difference between Elton John and Jesus, let alone have any but the vaguest recollection of the Bible, it doesn't really sound like a plausible strategy at all. It's particularly bad for the semi-detached Catholic. I have frequently encountered 'Catholics' who retain some sense of being in the Church (albeit often not much) and who will quote a Bible passage on tolerance out of context, and hope that the Church will soon  catch up with the tolerance and love of the Bible by allowing their niece/son/guy off Eastenders to shack up with their other niece/drug dealer/younger glamour model. If you then start to say that the Bible has to be interpreted through the Church and anyway isn't the sole source of authority on these issues, you just get blank looks or an assurance that's not what Sister So-and-So taught in Primary 5.

In sum, in the UK, increased reference to the Bible either misses the secularized entirely, or reinforces the view that true Christianity is about being a liberal Protestant and undermines a true understanding of Catholicism.

That said, there is a problem with the concept and reality of Natural Law. When I started this blog about two and a half years ago, I remember being very unsure about whether describing the approach as 'Natural Law' was helpful. I've swallowed my doubts on this over the years -mainly on the ground that it is the most familiar way of denoting -simply pointing to- the body of teaching, and to try to substitute more helpful (or simply more various) descriptions would simply confuse matters further. But both the Instrumentum and a recent exchange on Twitter have encouraged my initial worries here to revive.

The Twitter exchange was with someone who describes himself as a 'Conservative Party member and radical sexual anarchist'. (No, not Dave.) In it, he made the common suggestion that Catholic morality is based on 'bits' and their function:


cumlazaro So, I cannot rationally conclude that the purpose of sex is derivable from sexual organs, as is unacceptably reductionist.Not 140
— Tom (@TRLangham) June 29, 2014

I've heard this before and it is part of the problem with the 'Natural Law' brand: frankly, if you think Natural Law is about simply staring at willies and deriving Catholic sexual teaching from what they can and can't do, it's not surprising you think it's rubbish.

I want to try and unpick some points at least but it will take a few blogposts to do this even in a slightly superficial way. Perhaps before we begin, it's worth making a couple of preparatory points.

1) The judgment that 'x is wrong' is often more certain than why it is wrong. In most cultures (certainly pre-modern ones) the sense of what is right and what is wrong in everyday matters is usually quite clear at least in its broad lines. The problem, for example, in sexual matters, is less what is to be done than in fighting the personal defects that encourage one to do it:


And on this account nothing but a good moral training can qualify a man to study what is noble and just—in a word, to study questions of Politics. For the undemonstrated fact is here the starting-point, and if this undemonstrated fact be sufficiently evident to a man, he will not require a “reason why.” Now the man who has had a good moral training either has already arrived at starting-points or principles of action, or will easily accept them when pointed out. But he who neither has them nor will accept them may hear what Hesiod says—

“The best is he who of himself doth know;
Good too is he who listens to the wise;
But he who neither knows himself nor heeds
The words of others, is a useless man.” [Aristotle: Nicomachean Ethics]

Now I make this point, less to avoid having to defend the Church's teaching rationally, than at least to alert the reader to some of the difficulties in moral philosophy. We may be very certain (as we ought to be) that this or that action is wrong, but struggle to articulate why. But the inability (certainly in short order to articulate why) is not a sure sign of the wrongness of the action: it may merely be that it is so obviously wrong that little thought has been given up till now about why it should be wrong; it may be that there is a complex network of reasons behind the judgment that defy easy articulation; it may just be that it is simply a very difficult area to explore.

2) The above perplexities as to reasoning for morality -a common experience to all human beings- is in part resolved for Catholics by revelation. As the Catechism [s.1960] puts it:

The precepts of natural law are not perceived by everyone clearly and immediately. In the present situation sinful man needs grace and revelation so moral and religious truths may be known "by everyone with facility, with firm certainty and with no admixture of error." The natural law provides revealed law and grace with a foundation prepared by God and in accordance with the work of the Spirit.

The eternal law -ie the complete understanding of how we should live our lives- can be made known to us by the teaching authority of the Church: revelation. Starting from those revealed truths, we can then work backwards to understand the rational structure of what we initially take on authority (much as a student can work backwards from the answer at the back of the textbook to understanding how to solve the question).

So from a Catholic perspective, part of the explanation for the greater prominence of the that than the why noted in 1) is the existence of an alternative, authoritative route to the that : divine revelation and authority. Moreover, the why may only be comprehensible with the prior help of revelation.

3) But apart from the way that revealed law may ease the understanding of natural law, eudaimonistic ethics (I'll come back to this in a later post: for the moment, just interpret this as 'the Catholic understanding of reasoned ethics') rests on the person rather the action. There are two relevant aspects to this. First, the primary question of ethics is less; 'What should I do?' and more, 'What sort of person should I be?'


...what is the highest of all realizable goods? As to its name, I suppose nearly all men are agreed; for the masses and the men of culture alike declare that it is , eudaimonia [roughly, happiness, but more exactly, flourishing]  and hold that to “live well” or to “do well” is the same as to be “happy.” [Aristotle: Nicomachean Ethics]

Secondly, the final arbiter of what is right is not an articulated reason, but the perception of the practically wise agent:

And on this account we ought to pay the same respect to the undemonstrated assertions and opinions of men of age and experience and prudence as to their demonstrations. For experience has given them a faculty of vision which enables them to see correctly. [Aristotle: NE]

Virtue, then, is a habit or trained faculty of choice, the characteristic of which lies in moderation or observance of the mean relatively to the persons concerned, as determined by reason, i.e. by the reason by which the practically wise agent [phronimos] would determine it. [Aristotle: NE]

OK. Where does that leave us?

So far, we have the commonsense (or at least familiar) thought that good people who've thought a lot and had experience of human life will know what to do. We also have the thought that becoming a good person is the real heart of ethics. Finally, we have the thought that ethics is very difficult to do as a philosophical exercise involving the articulation of the reasoning behind judgments, and that experienced wise people (and from the Catholic point of view, aided by revelation) are going to be the ones who will usually get it the judgments right even if they can't always explain why.

Careful readers will notice the absence of 'bits' and their functions up to this point....