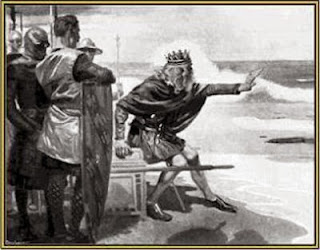 Part of the post is, I suspect, a little teasing: by describing the progressives of The Tablet as 'conservative', we can all enjoy imagining scenes of seventy year old secularised priests in Hampstead reaching for their smelling salts. But there is also a serious point that those who wish to conserve a corrupt and failing order are both part of that corruption and doomed to fail, whilst those radical traditionalists who return to the strong roots of our Church have a viable alternative to present failings.

I've touched on this issue before but Father Hugh's post prompts me to have another go at it. Part of the problem here is a necessary ground clearing of definitions. Immediately, we can dismiss the idea that being a Conservative (party supporter) necessarily makes you a conservative: certainly in Scotland, Conservatives are loudly proclaiming they are progressives. Moreover, it is not the case that conservatism in politics is a neat match for conservatism in Catholicism, any more than traditionalism in the Church is, I would hope, a neat match for Traditionalism in the wider world. But since I attend an Ordinary Form Mass, am sceptical about the claims of self-identified traditionalists such as Father Hugh, and would be extremely surprised to learn that I am a progressive, I guess that makes me a conservative. So how do I defend myself?

Perhaps it would be well, most of the time, to use this word "conservative" as an adjective chiefly. For there exists no Model Conservative, and conservatism is the negation of ideology: it is a state of mind, a type of character, a way of looking at the civil social order.
The attitude we call conservatism is sustained by a body of sentiments, rather than by a system of ideological dogmata. It is almost true that a conservative may be defined as a person who thinks himself such. The conservative movement or body of opinion can accommodate a considerable diversity of views on a good many subjects, there being no Test Act or Thirty-Nine Articles of the conservative creed.

In essence, the conservative person is simply one who finds the permanent things more pleasing than Chaos and Old Night. (Yet conservatives know, with Burke, that healthy "change is the means of our preservation.") A people's historic continuity of experience, says the conservative, offers a guide to policy far better than the abstract designs of coffee-house philosophers. But of course there is more to the conservative persuasion than this general attitude.

Now, I suppose from this that I'd be tempted to describe traditionalists as those who do have an ideology, those (to quote Father Hugh) 'radical Catholics who look to the unchanging essence of the Faith'. But that won't quite do because, in the Church, a conservative, like all Catholics, is committed to 'the essence of the Faith': to the Catechism, the teaching of the Doctors of the Church, the Creeds, the Magisterium etc. The dispute there isn't between conservatives and traditionalists but between Catholics and heretics (or, more charitably, between the fullness of the Catholic Faith and whatever poor sinners can manage to make of it in their short, earthly lives). But the ideology, or vision of the traditionalist Catholic seems centred on restoring pre-Vatican II standards of liturgy (presumably, with pre-Vatican II intellectual and spiritual formation as well:

Of course, it is true that it is more than the liturgical reforms that led to the mass exodus from the pews, the seminaries and the convents. The liturgical reforms are arguably only the most immediately visible element of the wider reform agenda that was implemented. Yet without the liturgy that had been the rock of stability and Catholic identity throughout nearly two millennia of incredible social, political, economic and technological change, there was no safe place left for so many people to stand their ground and dispassionately assess the changes in society. With the liturgy having become less distinct from the world, and indeed often incorporating the worst of secular banalities in music, symbols and gestures, what was the point of the liturgy any more? If it is just another socially-contingent construct, then it could be embraced or forsaken according to taste.
Yet the new conservatives, as any reader of The Tablet will know, cling doggedly and defiantly to their post-conciliar vision of the Church, ever more shrill in shouting down those who dare to say that their emperor has no clothes. (Father Hugh here)

I think this is a profound difference between a conservative and a traditionalist Catholic. Speaking personally, whilst I am very happy to criticise the 'worst of secular banalities in music, symbols and gestures' that I quite regularly experience, I am much less willing to focus entirely on the Spirit of Vatican II let alone Vatican II itself as the cause of problems in the Church. It is perfectly possible, for example, to imagine an English language liturgy, even with the priest facing ad populum, with common-or-garden (often Protestant) hymns such as those by Wesley or Watts, done with dignity. (Indeed, that's not so very far away from many Ordinary Form Masses I've attended.) Since both vernacular liturgies, ad populum and 'folk' traditions in Church music (and can get more of a folk tradition in British music than Wesley?) are examples of the Spirit of Vatican II, I suppose that means I'm possessed by that Spirit. Frankly, I don't think that the banalities which are a feature of modern Church life are the main problem here: whether we had an Extraordinary Form Mass as the norm or simply screened out some of the nuttier abuses of good taste in the Ordinary Form, I doubt whether numbers of practising Catholics would be significantly changed. (It would take too long to argue this fully here -indeed, I doubt whether I could even I had the time- but essentially the process of secularisation in Western Europe is a process that is far bigger than Vatican II and has affected most religious communities regardless of whether or not they have a traditional liturgy. Crudely, when I was an Anglican, there was a similar tension between those who valued the traditional language of the Prayer Book and those who didn't. Neither group was particularly thriving despite their claims to be the future. It's always seem odd to me how much Catholic discussion of secularisation focuses on Vatican II and ignores the academic discussion of the wider process. From that perspective, it seems hard to understand how a greater emphasis on a traditional liturgy or formation would have much effect on the process.)

A characteristically conservative response here is epistemic humility. We don't fully understand the processes of secularisation; we have even less of an idea of what to do about them. I'm perfectly delighted that bodies such as the Latin Mass Society have a mission and a drive: I genuinely wish them all the best -and it is indeed possible that they might be right. (My suspicions -and indeed general thoughts on the importance of letting different approaches make an attempt- are similar to these.) But, being a conservative, I'm suspicious of ideology and certainty. I'm particularly suspicious of words like 'radical' or 'ressourcement' because the root to which we return is always that of our current, warped imaginings: indeed, the Spirit of Vatican II itself is very largely a result of a 1950s/1960s attempt to get back to the essence of Catholicism, a stripping away of medieval accretions to find the essence of tradition ('swing those pants, patres!').

Another conservative response is what I'll style 'Augustinian grumbling': given a conservative emphasis on the imperfectability of the human situation, part of the normal human task is to put up with it. It's salutary to ask yourself when, where would be a better time to be a Catholic? For one in Scotland, it's hard to think of a time, certainly in the last 500 years or so, when life was better for us. That doesn't mean that secularisation isn't a problem to be faced and even fought, but it does mean that our forebears faced worse challenges without (some of them at least) giving up.

Finally, there's the St John Paul the Great problem. For many of us, he was the Pope who brought us into the Church or who sketched out a vision of how the Church should resist secularism. But he was also a Pope closely identified with Vatican II and not so much traditionalism as conservatism. (I'd argue that his phenomenological approach is very much part of Vatican II's central turn to subjectivity in the engagement with modernity -but that for another lifetime perhaps.) For me, his conservative 'style' seems more likely to be a successful strategy than a more obviously traditionalist one: an approach which does not reject the past, nor sees an essence simply to be preserved in it, but rather a Burkean sense of organic growth:

In his speeches and writings, he [Burke] articulated the concept of an organic society: a social order that is sacred, natural, historical and traditional. He believed that social change was best achieved when eschewing abstract thought divorced from experience; instead, he favored renewal of the polity in harmony with a regard for individual liberty, respect for the accumulated wisdom within existing institutions and a concern for the greater good of the community. His political theory can best be summarized by his most famous phrase: "Society is a contract between the past, the present and those yet unborn."  [Here]

Again, this requires a warning against simply reading political conservatism into Catholic conservatism: the Catholic Church preserves a Deposit of Faith which cannot change. But how that deposit is realised in modernity is something that does require change, not just the imagining of a past concrete form and an attempt to restore it. (Although, it is perfectly possible that, sometimes, simple restoration is the right answer: it is perhaps instructive here to think on the restoration of Gothic forms by Pugin and his followers.)

In fine, part of this is mere semantics. It is a conservative thing (just not the only conservative thing) to be fond of the Latin Mass and to find strength in the past. No conservative can live in modernity without some articulation of theory and principles which will smack, just a little, of an ideology. The characteristic passivity of conservatism does need to be supplemented by a little thumos from time to time. And in all these things, the conservative may find himself shading into a traditionalist or even a progressivist. But if there is a difference between conservatism and traditionalism, it is best summarised thus. Conservative will be fond of the familiar, both in terms of what they have experienced, but also in terms of the family and the immediate. He will also be suspicious of plans and programmes, and with all the certainties of this or that day's analysis. He will value highly civic and ecclesiastical peace. Finally, he will regard himself as living in a mystery greater than he: something that can be glimpsed only partially and where he is primarily dependent on God rather than his own actions.

Not enough to stop the decline into secularism, says the traditionalist and the progressive and the personality with a book to sell. Fair enough. Go ahead and try your way. But where is the evidence that it will work any better? (And to pre-empt one point, growth in some congregations is not evidence of a technique that will work to reverse secularisation in general. (We can all attract fanboys.) And it's that more general question that I'm really interested in.)