On hierarchy: putting up with incompetent authority 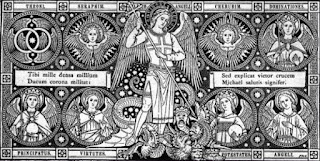 Despite my fondness for Russell Kirk, I confess to a certain, personal uncomfortableness with his easy acceptance of hierachy and order in authority:

Conviction that civilized society requires orders and classes, as against the notion of a "classless society." With reason, conservatives have been called "the party of order." If natural distinctions are effaced among men, oligarchs fill the vacuum. Ultimate equality in the judgment of God, and equality before courts of law, are recognized by conservatives; but equality of condition, they think, means equality in servitude and boredom. [Here]

There are many psychological reasons for this discomfort, among which, fairly highly, I would rank being dragged round stately homes by my father, with an accompanying commentary which swerved from aesthetic and historical appreciation to cheery advice that, come the revolution, these toffs should be the first to be lined up against the wall and shot. Perhaps even more effective in producing a certain enduring chippiness in my character was the constant and realistic reminder that, were we to be transported back in time, we would be found in the scullery rather than the drawing room.

That said, a deep Augustinian sense that politics will never solve all of society's problems has over the years led me to 'put up with' Britain's class system. Frankly, I don't like much of it and some changes would probably be a good idea. But I suspect that, were some of the more radical changes of frothing progressives put into effect, we would simply have swapped one hierarchy with the charm of a patina of age for another with its nose as firmly shoved in the trough as Lord Snooty and his pals. In essence, hierarchy is inevitable for a social ape like us: the only real question is whether that hierarchy is acknowledged and made explicit, or whether it is concealed under a blur of chumminess.

Many of the existing topics which absorb online attention are concerned with hierarchies which are perceived to be malfunctioning. Whether this is a matter of Pope Francis, the Tory Government or President Trump, there is considerable comment (to put it delicately) to the effect that authority is being wielded by an idiot. Putting aside whether or not these particular persons or others are actually idiots, a conservative should always be aware that hierarchical authority will inevitably at least sometimes -and possibly very many times- be wielded by idiots. So the question then becomes: how should that idiocy be dealt with without damaging the underlying structure of hierarchy? It's far too easy to allow the vehemence of a (perhaps deserved) attack on how authority is wielded to spill over into an attack on the structure of authority itself. Moreover, a modern expectation of complete rational, effectiveness undermines the acceptance of necessary authority: nothing will always work well and perhaps nothing will often work well. Expecting otherwise will lead to a simple and constant churning of hierarchies, the recorded incompetence of one being replaced by another whose incompetence has yet to become visible.

So what's the solution? In the spirit of Burkean conservatism, it would be wrong to expect a clearcut set of instructions. Grumbling may well itself be part of a lived solution. But particularly in an online environment where every grumble takes on something of the former weight of informed judgment, it's very difficult to judge the point at which exasperated criticism becomes destructive of the long term, necessary structures themselves rather than of the immediate and unnecessary failures in the exercise of those structures. In general, conservatives should at least keep an awareness of the dangers of damage to long term structures and, in many cases, a leaning towards reticence rather than sharp utterance. In any case, thinking about how we criticize is at least as important as what we criticize...

That,  by the way, is intended at least in part as an apologia for my relative silence over the past few months. Having spent that time lying in a corner,  bent into the foetal position and muttering incomprehensibly to myself (aka blogging in Scots), my New Year's resolution is to take steps to re-enter the fray. But reticently. And whilst keeping up the incomprehensible muttering. (So Scots Mass Readings will continue unabated.)