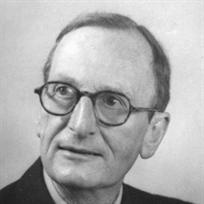 A cheeky young savage -obviously regarding anyone over the age of thirty as akin to Methuselah- recently remarked to me that the one piece of technology the old seem to have taken to with any enthusiasm is the Kindle.

He's quite right, of course, and despite occasional frustrations -particularly with the tendency of the earlier devices to freeze up with Rorschach like patterns on the screen- I like my Kindle. One of the particular pleasures (or risks, if money is tight) is the ability to spot an old favourite and, in the press of a button, to have downloaded it.

Having spotted that most of Alfred Duggan's historical fiction has been republished in the Kindle format, I've been rereading books on which I spent rather too much time in my early teens. Duggan, for those who aren't familiar with the name, was a popular historical novelist in the fifties, a notorious rake in his youth, but having converted to Catholicism, apparently settled down to a life of blameless domesticity and literary work. There's rather a good biographical essay here.

When I read Duggan as a teenager, I liked the combination of the attempt at historical accuracy coupled with a pellucid modern prose style. I also very much enjoyed the extensive deployment of a dry wit, seen most obviously in the titles of his books such as Family Favourites which treats of the sexually scandalous Roman Emperor, Elagabalus. Anyway, I can heartily recommend them as a thumping good read.

Returning to them after a long absence, I found myself wondering whether they are anything more than that, and, in particular, to what extent his Catholicism is apparent in the novels. For example, in the essay by John Derbyshire linked to above, it's claimed:

...there is little overt piety in the novels, other than what is required for mediæval scene-setting. Duggan's characters are, in fact, a very worldly lot. Whatever the quality of his faith, he did not impose it on his fictions.

At one level, that's true. Most of the leading characters are cynical warriors or civil leaders, and even in dealing with saints such as Thomas Beckett or Edward the Confessor, there is an appreciation of their weaknesses and secular motivation. And yet, the very air that the characters breathe, particularly in the mediaeval novels, is one where religion and the Church are treated with respect and of central importance, even if many of the individuals can't quite manage to live up to its demands. Religion, particularly Catholicism, is treated matter of factly, rather like a family which is sometimes inconvenient, but is never going to go away or which really you would want to go away. Beyond this, there is a strong sense of the struggle between civilization and chaos: that the good life is tentative and ephemeral, and has to be defended, even if such a defence is futile, against the encroachment of the barbarians. And yet the novels are never melancholy or nostalgic, if even many of the characters operate on the principle of 'après nous le déluge': our duty is to embody those higher values for as long as we can, and to make a good fighting end of it when we can't. More specifically, those values of civilization are focused in Romanitas, the civilization first of pagan Rome and then of the Roman Church (and Byzantium) as the exercise of power in the service of goodness, beauty and truth. (Even if the realities of that exercise are occasionally somewhat shabby.)

Duggan speaks frankly about adult matters, but his books are free of salacity and profanity, and I would recommend them without reservation to intelligent young-teen readers of the present day.

Anyway, I can't help wondering if Mrs Duggan was the model for some of these formidable women.

I'd probably recommend Lord Geoffrey's Fancy as one of my favourites. And this has the considerable advantage of being also available as a free ebook here from the Internet Archive.